It's Group A for agony as far as Rangers are concerned in the Champions League after defeat to Liverpool at Anfield. The Battle of Britain clash was decided by a sublime Trent Alexander-Arnold free-kick in the first half and Mo Salah’s penalty after the break.

And if it wasn’t for Gers’ keeper Allan McGregor it could have been a far heavier defeat for Giovanni van Bronckhorst’s side. The veteran keeper made several top class saves to deny the Reds - and £90 million hit-man Darwin Nunez in particular. Rangers remain bottom of the group and pointless having conceded nine goals in three straight defeats. And Jurgen Klopp’s Premier League outfit are next up at Ibrox in a week’s time.

The visitors were under the cosh from the off on Merseyside with Nunez testing McGregor early on. But Liverpool didn’t have to wait long for their opener - and it was a goal worthy of any stage. Alexander-Arnold beat McGregor all ends up from 25-yards with a magnificent curling effort that nestled in the top corner. And Rangers were lucky to get in at the break just one down as McGregor denied Nunez and Luis Diaz with some fine stops.

Van Bronckhorst’s men struggled to create anything going forward and were just trying to stem waves of Liverpool attacks. Eventually, young Leon King upended Diaz in the box to concede a spot kick that Salah converted with ease.

Rangers showed resilience to keep the score down but it took them 84 minutes to record a shot on target - when Rabbi Matondo’s effort was cleared off the line by Kostas Tsimikas then Allison denied Antonio Colak from the resultant corner. The victory for Liverpool put them second in the group behind leaders Napoli. Here's five talking points from Anfield...

It's getting increasingly difficult to second guess a Gio van Bronckhorst team selection for Rangers - and last night was no different. Not for the first time, the Dutch coach switched from a back four to a five in Europe.

But after not getting off the bench at Tynecastle on Saturday, the inclusion of young defender Leon King was still a surprise at Anfield. In midfield, van Bronckhorst also shuffled his pack for the Champions League.

Most fans expected Ryan Jack and Scott Arfield to start but instead, 37-year-old Steven Davis and on-loan Bayern Munich kid Malik Tillman were drafted in. And up front, it seems that even scoring 11 goals in 14 games doesn’t guarantee you a game in a van Bronckhorst line-up.

To be fair, in this type of game, opting for Alfredo Morelos as his lone striker was probably the one pick that DIDN’T raise eyebrows.

There were personal battles all over the pitch but none more so than Uruguayan striker Darwin Nunez’s duel with Rangers goalkeeper Allan McGregor. It seems that age is only a number for the veteran stopper who, at 40, defied his years with an outstanding Champions League display.

Nunez was becoming visibly frustrated by McGregor’s agility in the first half as he tried everything to get past him. After just three minutes he stung the keeper’s palms with a fierce shot and from then, it was like a one-v-one contest between the duo.

The former Benfica hit-man, who cost Liverpool £90 million in the summer, had another THREE attempt in the first 45 minutes but couldn’t get past Gers’ restored number one. McGregor showed once and for all why he's a better option than Jon McLaughlin between the sticks.

King for a Day

Round Anfield way there’s only one King, with legendary Scot Kenny Dalglish’s name still sung on the Kop. But last night, it was young Leon King who announced himself at the top level of the game for Rangers.

Gio van Bronckhorst showed huge faith in the 18-year-old to throw him in for a Champions League baptism of fire against Liverpool. King has been highly regarded by Gers academy for a long time and this was a huge step in his career. Deployed on the right of a back three he had his work cut out against some of the best forward players in Europe, with Luis Diaz and Darwin Nunez running at him.

But overall, King handled the occasion well and didn’t look fazed. He was unlucky to concede the penalty with a challenge on Diaz on the box but it shouldn’t overshadow an encouraging display. Rangers fans will hope it's the first of many for the teenager in Europe.

According to some pundits down south Trent Alexander-Arnold can’t defend and is having a stinker of a season. But on this evidence, Jurgen Klopp doesn’t have to worry about the England full-back suffering a crisis of confidence.

And when he scores wonder goals like that one that flew past Allan McGregor last night, does it really matter that he’s a bit suspect going the other way? As soon as Ben Davies fouled Darwin Nunez 25 yards out the writing was on the wall for Rangers.

Alexander-Arnold’s eyes lit up as it was the perfect angle for one of his trademark set-pieces. And he didn’t disappoint as he curled it David Beckham-esque beyond the Gers keeper and into the top corner. It was an outstanding strike and performance from TAA who - up against Ryan Kent - wasn’t too bad defensively either.

Van Bronckhorst said in the build-up to the Battle of Britain that his Rangers players had the belief to get something at Anfield. But the Dutch gaffer will be disappointed that they didn’t show it.

No-one expected them to go to Merseyside and win. But this Liverpool team have proved this season that they can be got at and all the talk before it was of their fragile confidence.

But unfortunately Rangers did little to test that. And when they did get rare opportunities to exploit the home side - or even have a sustained period of possession - they panicked. The likes of Malik Tillman, Alfredo Morelos and even skipper James Tavernier just didn’t turn up on the night.

What was the strategy on the counter-attack? Fashion Sakala came on in the second half and within 30 seconds showed more intent than Tillman had in 66 minutes with a driving run and shot. Rabbi Matondo did the same with an effort that was cleared off the line.

Rangers posed a threat wherever they went in Europe last season on their incredible run to Seville - but not now. Against a top side, they were far too passive and that’s something van Bronckhorst will have to address. 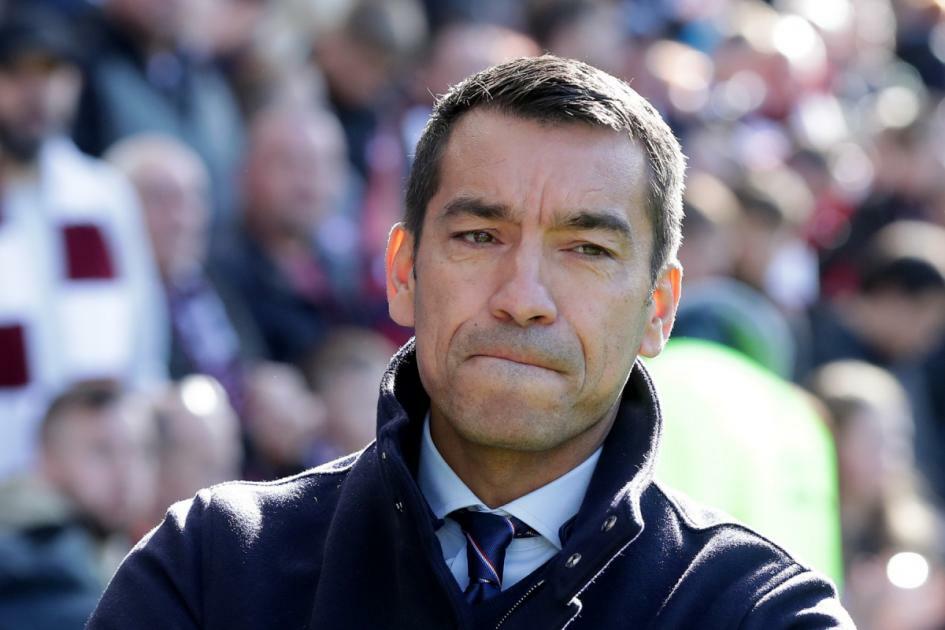 Giovanni van Bronckhorst names Rangers starting XI for Liverpool encounter
THE Rangers team to face Liverpool in the Champions League has been named.

The National (Scotland)
From analysis to the latest developments in health, read the most diverse news in one place.
Rangers player ratings as Malik Tillman and John Lundstram boys against men in chastening Champions League night

It was a chastening night for the Light Blues as they were outclassed and it's now nine goals conceded and none scored after three Group A games.

Liverpool breezed past Giovanni van Bronckhorst's side in a one-sided 2-0 group stage victory at Anfield on Tuesday night.

SOMETIMES you just have to hold your hands up. This was one of those nights for Rangers.

The National (Scotland)
One place to find news on any topic, from hundreds of sites.
Liverpool 2 Rangers 0 as McGregor has Anfield stunner, King baptism of fire - 3 things we learned

Giovanni van Bronckhorst's men are still searching for their first points and goal in the group stage after coming out second best in the first chapter of the Battle of Britain with both sides going at it again at Ibrox.