5 questions for Nicola Sturgeon as Rangers, Celtic and other Scottish clubs prepare for vaccine checks at turnstiles 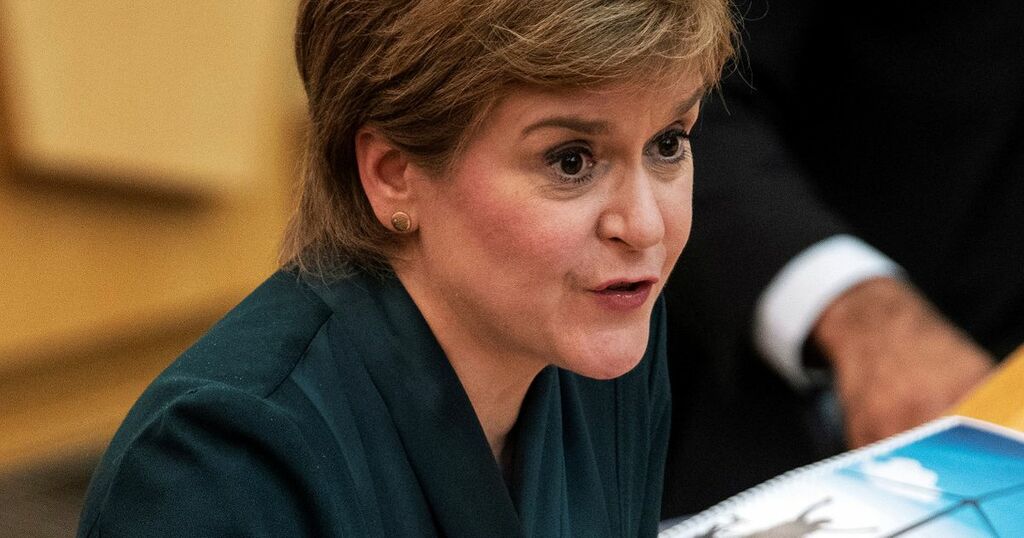 Premiership clubs such as Rangers and Celtic have until October 1 to get their houses in order and set up vaccine passport control at the turnstiles after a massive vote this week.

Outdoor events of any kind with a capacity of over 10,000 will require every single attendee to display a fully vaccinated status on a new NHS Scotland app - and that means pretty much every home game for the Glasgow duo, Aberdeen, Hearts, Hibs and the Scottish national team, plus a host of other big clashes such as cup semi-finals and finals.

For those of us not exactly politically inclined, the SNP and Green advantage in Holyrood meant the measures were expected to pass.

But it still left Scottish football reeling on Thursday afternoon when a 68-55 margin saw the new measures breeze through the Scottish Parliament.

Hours before the vote St Mirren boss Jim Goodwin railed against the plans, urging his fellow managers and clubs to "stand up to" the proposals.

And just as Scotland's politicos broke the news of the successful motion, the SPFL and SFA Joint Response Group added their point of view, which was noticeably softer than that of the Buddies manager.

In a short statement, the JRG said: "Both the Scottish FA and the SPFL wholeheartedly support the national effort to eradicate COVID-19.

"We have been in discussions with Scottish Government officials regarding the practical implications of vaccine passports for major events, and in particular the risk of health and safety issues and crowd disorder if fans are delayed getting into stadiums, which everyone naturally wants to avoid.

"With only three weeks before the 1st October deadline, we are committed to working hard to develop an effective and workable solution.

"With that in mind, we are keen to explore whether any vaccine passport regime can include spot-checks, rather than blanket inspections of everyone attending games."

It's a controversial decision and rumours of a decidedly unimpressive vaccine uptake in the professional game don't help matters, with a number of coaches recently urging their men to get jabbed.

Here are five big questions for Sturgeon and company.

The first area that needs addressed is who exactly will need a vaccine passport. If it's every paying fan, then that's an easy distinction. But a day at the football allows for far more points of contact - asking a steward for help finding a seat, for example, or buying a half-time pie. How about emergency services who are always on standby at such large-scale events, or even us lot packed into the media tribunes? There are a few points of contention even before one considers if players and coaches should be required to produce proof of their jabs. It surely won't come to it but losing a star striker indefinitely because of his personal health choices can't be countenanced. The Scottish Government must clearly define who is required to produce their proof of vaccination as there are plenty of grey areas at an event like the football.

Is it even necessary?

We're no scientists at Record Sport and so we're happy to defer to the lab coats. Their work getting us out of this mess has being nothing short of superhuman. But with cases climbing and climbing despite the vaccination rate also soaring, should we now recognise that the jabs are more of a measure to cover your own back rather than a way to stop transmission in a large crowd? That's the big debate for politicians, policymakers and scientists to discuss and the debate will rage far beyond football given nightclubs, theatres, arenas and a litany of other events and venues will need to sort their own passport controls in the coming weeks.

It's easy enough to presume that any home Rangers or Celtic game will smash the 10k threshold. Aberdeen, Hearts and Hibs would be seriously struggling if they fell short, too. But unlike a music festival, for example, it's difficult to always ascertain the numbers expected at a match. The Dundee Derby is one such game that often breaks the 10k barrier while other matches at Tannadice or Dens Park attract only half as many punters. Will all clubs need to prepare for games assuming they need vaccine passport controls? And what if they are found to have accidentally breached rules when fans are not checked but it is later discovered the 10,000 attendance mark was hit? Would clubs be warned or even punished for a first time hiccup?

You're reading this on a device that is hooked up to the internet, so there's a chance you already know your tech ABCs. But some people still struggle with the very first letter — apps. It's easy to assume but not everyone has a smartphone, nor the knowledge to use it effectively to at least make sure the whole process goes smoothly on a matchday. Some of the older generation may struggle and after a lifetime of following their team they shouldn't even be inconvenienced on a matchday, let alone locked out. And they've had a mighty hard time with lockdown, shielding and potential loneliness, so let's make things as easy as possible for our elders who might struggle. One sensible suggestion from the JRG is to ask fans for spot checks rather than a blanket approach for every supporter and that might help in this regard.

Okay, this one is venturing into answers on a postcard territory. If we've all learned one thing in the last 18 months, it's that Covid is about as predictable as a Scottish summer. So let's cut Sturgeon some slack on the question of "how long" — because the answer will depend on the piece of string we are given by the virus in the coming months and, gulp, years. That being said, nobody wants this reminder of such a horrendous point in history to continue for any longer than necessary and it would be useful to give fans an idea of when these temporary measures should be lifted.