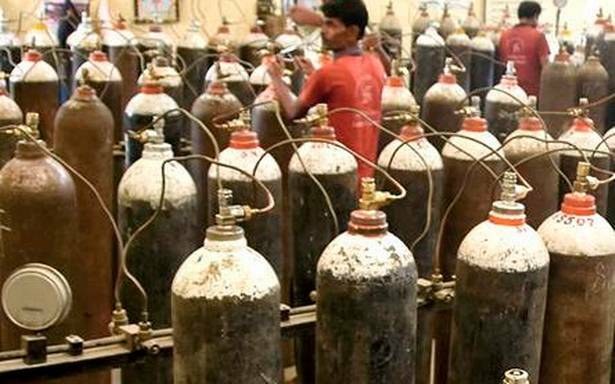 The pending 41 pressure swing adsorption (PSA) oxygen plants, sanctioned under PM CARES, will be commissioned by the end of October, a senior government official said on Wednesday.

Housing and Urban Affairs Ministry secretary Durga Shanker Mishra, who was tasked with overseeing the commissioning of 1,224 plants under PM CARES in May, said 1,183 plants located in government hospitals across the country had already been commissioned. All 736 districts of the country, from Ladakh to Andaman and Nicobar Islands, had been covered, he said.

Using a “whole of government approach”, the process of installing and commissioning the plants had been completed in 108 days. The total cost of the plants was around ₹1,200 crore, he said.

Mr. Mishra said 7,000 people had been trained to operate and maintain the infrastructure.

According to government data, the States where all plants are yet to be commissioned are Meghalaya, Nagaland, Arunachal Pradesh, Mizoram, Maharashtra, Delhi, Assam, Jammu and Kashmir, West Bengal, Kerala, Chhattisgarh, Bihar, Madhya Pradesh and Uttar Pradesh. Out of 1,224 plants, the Defence Research and Development Organisation was given 868 sites, HITES (a Health Ministry PSU) was given 179 sites and the Central Medical Services Society 177 sites. The preparation of sites was carried out by NBCC, Central Public Works Department, National Highways Authority of India and state govenments.

The highest number of plants were sanctioned for Uttar Pradesh (127) and Madhya Pradesh (88), and all but one each in these States had been commissioned so far.

In addition, 285 plants were being installed by Central government PSUs and 2,341 by “other sources”, including State governments, the secretary said. Out of these, 1,153 plants from other sources and 154 of Central PSU plants had been commissioned already, he said.

Prime Minister Narendra Modi had dedicated 35 of the plants, one in each State and UT, to the nation on October 7.

In the wake of the second wave of the COVID-19 pandemic earlier this year, the Centre had formed empowered groups of secretaries to address various aspects of the response, including oxygen supply and PSA plants. The shortage of oxygen and issues with transportation became apparent during the second wave when medical oxygen was in high demand.