Jack Miller got the holeshot from second on the grid at the start of the race, but soon dropped behind polesitter Bagnaia on the sister factory Ducati and the fast-starting Gresini bike of Bastianini in third, paving the way for a two-horse race for victory.

Bastianini started piling pressure on the Spanish GP winner in the second half of the race, with the two circulating just a few tenths away from each other on the 4.1km circuit.

With seven laps to go, Bastianini made a move going into the Dunlop chicane, only for Bagnaia to reclaim the position a few corners later.

However, Bagnaia would throw away all his hard work by running wide at Turn 8, before falling off his bike at Turn 14 at the end of the lap.

With Bagnaia out of the picture, Bastiania cruised to a 2.7s victory over the sole remaining factory Ducati of Miller, adding to his victories in the Qatar season opener and the Americas GP at Austin.

Aprilia star Aleix Espargaro hung on to his fourth podium finish of the season after resisting the advances of reigning champion Fabio Quartararo during the second part of the race.

Yamaha rider Quartararo initially slipped to the lower reaches of the top 10 with a poor getaway from fourth on the grid, but was able to recoup some of the lost places - although was denied a home podium finish by just over a tenth of a second by title rival Espargaro.

Countryman Johann Zarco finished fifth on the Pramac Ducati after recovering from a three-place grid penalty, repassing the top Honda of Marc Marquez towards the end of the race.

LCR Honda’s Takaaki Nakagami equalled his best result of the season so far in seventh, finishing ahead of Brad Binder on the sole surviving KTM. Binder’s teammate Miguel Oliveira and Tech 3 duo Raul Fernandez and Remy Gardner all failed to finish the race.

The top 10 was completed by VR46’s Luca Marini and Maverick Vinales on the second Aprilia, as Pol Espargaro had to settle for 11th after having to slow down his Honda to avoid hitting the stricken KTM of Oliveira.

Suzuki endured a nightmare outing with both Alex Rins and Joan Mir crashing out of the race while running inside the top 10, just days after the Japanese manufacturer announced it plans to quit MotoGP after 2022. 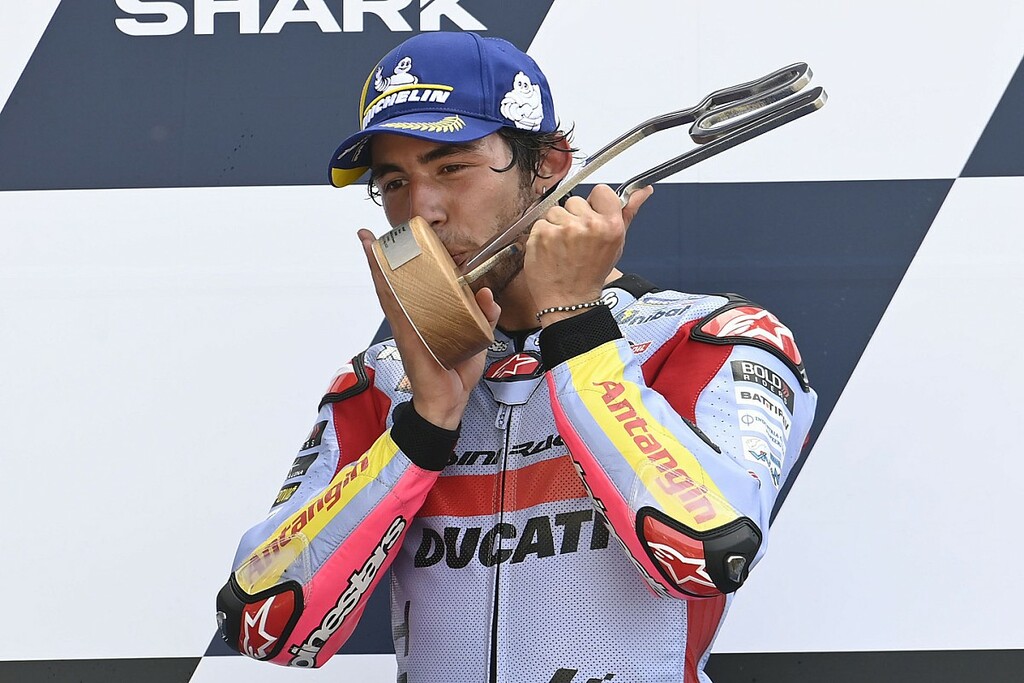