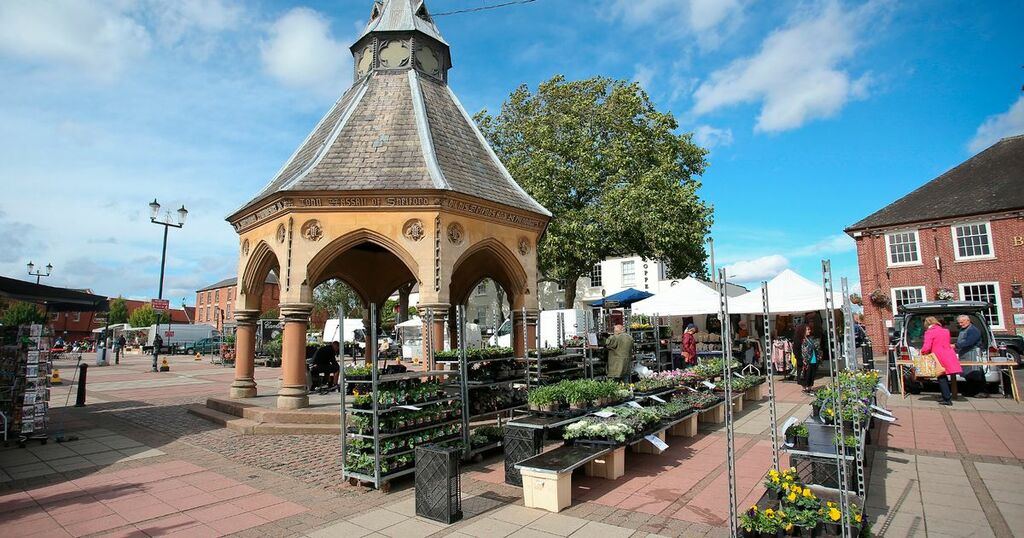 A babbling brook, a sleepy village or a thriving market town, whatever your idea of 'the best' features of a town or village are Nottinghamshire and the surrounding areas have something that will suit your taste.

According to Hotels.com "Nottinghamshire is filled with tranquil villages", so we turned to their top 10 to get us thinking about what the county had to offer.

Here's the travel firm's top ten picturesque locations in Notts but there are so many more, so we'd also like to know where you think the county's prettiest towns and villages are, so just pop your nominations in the comments below.

The first place to start is Southwell.

Think of the market town and you'll probably bring to mind the Minster and the long running debate on how to pronounce the town.

However, you wish to pronounce it, Southwell is a pretty town with historic buildings at its heart.

It is also said to be the 'birthplace' of the Bramley apple, home to Southwell Racecourse and also the location of The National Trust owned tourist attraction, The Workhouse.

One recent reviewer on Trip Advisor wrote: "Took a trip to Southwell from Newark. Southwell Minster - it just takes your breath away. I would go again." While another said of their visit: "A hidden gem".

This is a village that you make not be aware of.

Barnby in the Willows is around four miles to the east of Newark and, according to the parish website, had a population of just 244 residents listed in the 2001 census.

There's a pub building (which is currently up for sale), a church, village hall and village green.

Fancy a walk in the countryside, well this could be the place for you.

3. Willoughby on the Wolds

It might be on the border of Leicestershire, but this village is firmly in Nottinghamshire.

It's one of those locations that, whilst having a Leicestershire postcode, falls under Rushcliffe Borough Council's authority.

A rural location, it still village facilities including a primary school, community park and a village hall.

Full of charm, Papplewick is a conservation area village to the north of Nottingham city centre close to Hucknall.

With tales of Robin Hood rife here, even St James's Church claims that in days gone by the local legend would cut his bows from the Yew Trees in the church yard.

Regardless of your thoughts on Robin Hood, this village is a pretty location to stop by.

Head to the market town's centre to discover an historic monument - The Buttercross, pictured, is in the market place.

One Trip Advisor reviewer wrote: "Well worth the effort to find the place and look around the individual shops."

As you might expect from a market town, there is a weekly general market, held every Thursday, plus a farmers market which stands on the third Saturday of the month.

The expanding town is on the edge of the countryside so has some nice farmland walks as well as a linear walk along the line of a former railway and a newly created country park.

With a population of only 90 people, according the Rushcliffe's website, Owthorpe is a small village off the A46 and geographically between Cotgrave and Colston Bassett.

If you fancy a walk in the countryside then head here.

There are some beautiful walks that will make your investment in those walking boots worthwhile.

Mansfield is a sizable market town.

In fact, Mansfield District Council says the district has an estimated population of 108,576 - that's 13.28 percent of the total Nottinghamshire county population of 817,841.

There's plenty to explore here if you are planning a trip - from the town centre to nearby Sherwood Forest.

Why not start off in town centre at the Mansfield Museum which explores the area's industrial history and has a hands-on XplorActive children's gallery.

One visitor wrote on TripAdvisor: "Packed with nostalgia, the museum is telling the story of Mansfield companies of the past.

"Well worth a visit."

If you really want to embrace the legend of Robin Hood then the pretty village of Edwinstowe is where you should head next.

Stories of this being where Robin Hood and Maid Marian married are enforced with a statue on the main shopping street, and of course the village is at the gateway to the Sherwood Forest visitor centre and the Major Oak.

Another pretty town worth a visit on a sunny day is Newark.

Don't miss a walk around the remains of Newark Castle which sits in the town alongside the River Trent.

Then, if you fancy a bit more history, pay a visit to the National Civil War Centre or, a little outside the town itself, the Newark Air Museum.

But before you head out, enjoy the sights of Newark, its interesting and historic architecture or one of the various markets held on Monday, Wednesday, Thursday, Friday and Saturday's.

Close to Tuxford and Retford to the north of Nottingham, this pretty conservation village is another spot that may appeal to walkers or cyclists

The village pub is The Queens Hotel, which stands in the High Street.

While another said: "We have missed our favourite pub so much in lockdown. Being a vegan/vegie/meat eating family - this is a perfect place for all of us. Booked for a return already."

Which areas do you think should take a spot on the list? We've considered the pretty village of Linby, Gotham for its tales and pretty streets and Attenborough for its nature reserve. What would you add? Let us know.