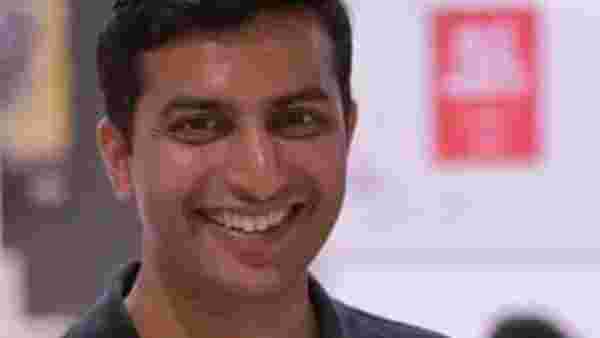 BENGALURU : Zomato co-founder Gaurav Gupta, who headed the food delivery firm’s supply vertical, resigned on Tuesday after a six-year stint. In an internal mail to employees, Gupta announced his decision to quit.

Gupta, who had joined the foodtech startup in 2015, was elevated as the chief operating officer in 2018, before he was named as a co-founder in 2019.

His decision to step down comes days after Zomato shut down its grocery delivery and nutraceutical businesses after running pilots for months.

“I am taking a new turn in my life and will be starting a new chapter, taking a lot from this defining chapter of my life—the last 6 years at Zomato. We have a great team now to take Zomato forward and it’s time for me to take an alternate path in my journey. I am very emotional as I write this and don’t think any words can do justice to how I am feeling right now," said Gupta.

“I could not have asked for more—I am so grateful for all the experiences I have had and thankful to all the folks around me for helping me become a much better person," he said.

Gupta joined Zomato from consulting firm A.T. Kearney. During his stint, he launched Zomato’s table reservation business across key regions including India, the UAE and Australia. He was also responsible for growing the ad revenue business across India, West Asia and Europe as its global advertising sales head. From last November, he was responsible for the nutrition business.

“Thank you GG for everything you have helped Zomato achieve over the last few years. We have seen Zomato through great as well as terrible times together, and brought it here today. There’s so much of our journey still ahead of us, and I am thankful that you are hanging your boots at a point where we have a great team and leadership to carry us forward," said Zomato founder and chief executive Deepinder Goyal in a reply to Gupta’s mail.

“Thank you for being a better friend to me than anyone else I’ve ever had. I can’t yet imagine everyday life at Zomato without you. You will be sorely missed. All the best!" he added.

Gupta’s departure also comes just two months after the startup raised $1.3 billion in an initial public offering. While announcing its maiden quarter results last month, Zomato said its revenues grew to ₹844 crore in the June quarter from ₹266 crore in the year-ago period, as losses rose to more than ₹356 crore from ₹99.8 crore in the period under consideration.