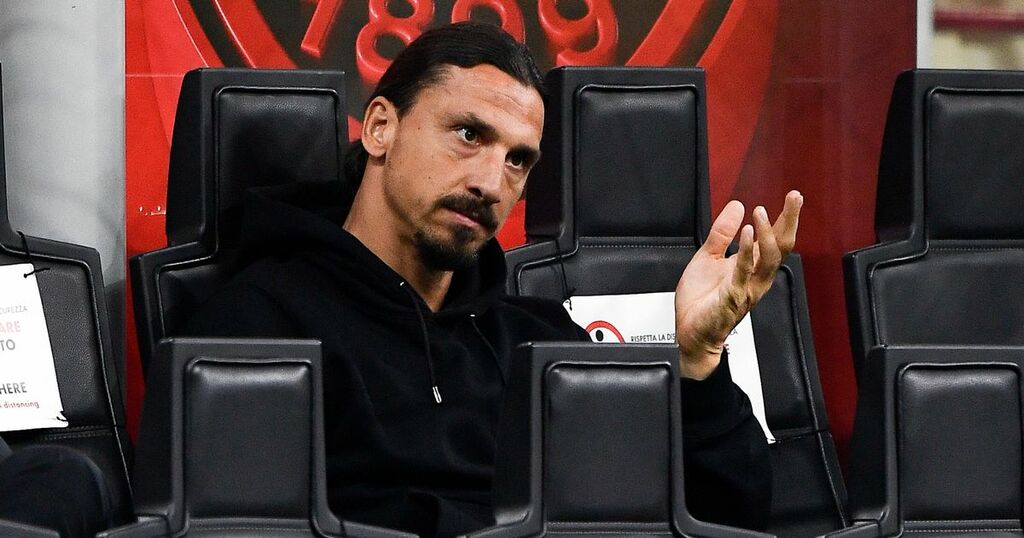 Zlatan Ibrahimovic has been ruled out of AC Milan's group stage trip to Liverpool in the Champions League.

The former Manchester United striker has reportedly suffered an achilles injury which has prevented him being included by Stefano Piolo in his travelling squad.

Jurgen Klopp's men will welcome Milan to Anfield on Wednesday, who are returning the competition following an eight-year absence.

Ibrahimovic, now 39 but still "exceptional" according to Klopp, scored on Sunday to help the Rossoneri beat Lazio 2-0, making a first appearance of the season after being sidelined through a knee injury since May.

Despite his recovery, the Swede will not return to England for the first time since 2018 when he left United to join Major League Soccer's LA Galaxy.

"Ibrahimovic never gets old and he has great passion, a fire burning inside him," head coach Pioli explained on Sunday following the Serie A victory.

"He competes to win, he always trains to the maximum and he does so with pleasure. When you are like that you do not feel the years go by."

The ex-Barcelona, Inter Milan and Juventus hitman has now scored in 24 different league seasons, dating back to the 1998-99 Swedish league.

Fortunately for Jurgen Klopp and co, Ibrahimovic will not be a potential thorn in the Reds' side after commenting on the 'exceptional" marksman.

"Zlatan! What a player," he said in his pre-match press conference. "I think I saw vids of him when he got injured and then early enough he was fightback 'lions don't rest long' or whatever [he said].

"He's a man for exceptional moments. If he's not playing, Giroud will play. All really good players," the German stated.

What do you think the score will be now Ibrahimovic has been ruled out? Give us your prediction here .

"Zlatan is one of the best players this game has ever seen. He knows that and he tells us. I like that. There is still fuel in the tank and he squeezes every drop out. He's capable to play in every league and that is exceptional."

On Milan as team and the reunion between the clubs who met twice in finals during the 2000s, Klopp added: "I have more in mind than the two finals but if you think of any European battle, LFC v AC Milan is a must-watch.

"Milan not been in CL for years but are doing well for 18 months. Started this season good so it'll be tough. There are a few nice games in this CL, this is one."

Group B is a tough one on paper and Klopp is aware of the challenge to advance to the knockout stages.

"It is a difficult group. I don't think when we saw it one us said it was a great group," he outlined. "It's tough, come on. Atletico, Porto, usually champions in Portugal. Milan, big history in best moment for years.

"Proper Champions League. We worked hard for this."