It’s safe to say Zlatan Ibrahimović was fired up Sunday.

The Swedish star commemorated AC Milan’s first Serie A title since 2010-11 with a hearty speech to the team in the locker room. Ibrahimović, 40, started by joking that he wasn’t making a retirement speech, before thanking the group and staff for their efforts.

“Guys, stay calm. I’m not retiring. It’s not a [goodbye]. Guys, from Day One… when I arrived, and then others arrived after, very few believed in us.

“But when we understood that we needed to make sacrifices, suffer, believe and work, when this happened, we became a group. And when you’re a group, you can do the things we’ve done. Now, we’re the champions of Italy.”

Then, the striker set off the celebrations by flipping a table.

“… It hasn’t been easy but we’ve been a real group this season. Like I said, at the beginning of the campaign, no one believed in us but with these words principles, we became stronger. I’m very proud of all of you.

Ibrahimović also made headlines for his jaunt onto the field to receive the Serie A trophy after AC Milan’s 3–0 win over Sassuolo, where he smoked a cigar and sprayed fans with some bubbly.

The forward was a part of AC Milan’s last title-winning team, while he also won three Serie A titles with Inter Milan. This year, Ibrahimović scored eight league goals in the third season of his second stint with AC Milan, and he dedicated this title to his longtime agent Mino Raiola, who died last month. 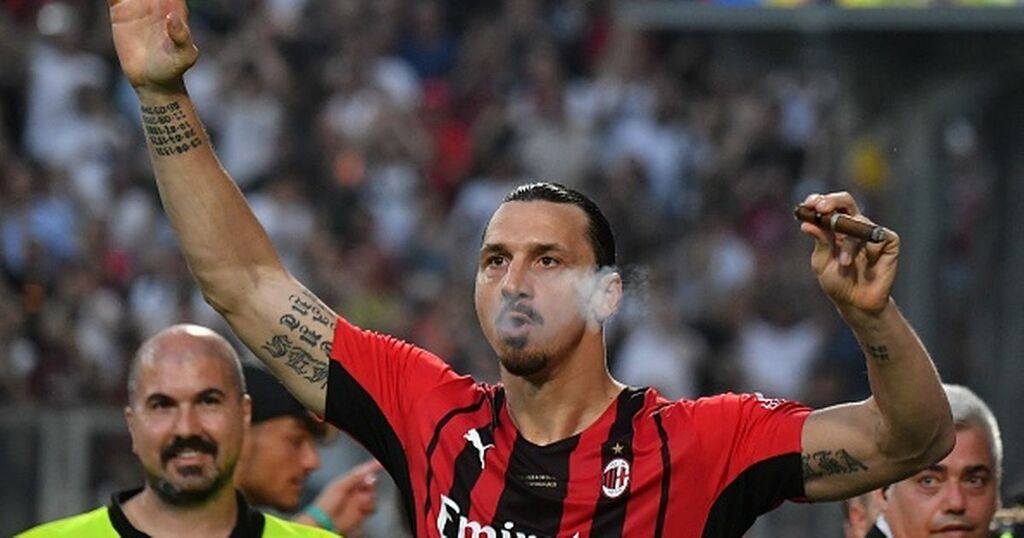 A 19th time winnning the Scudetto for the Rossoneri