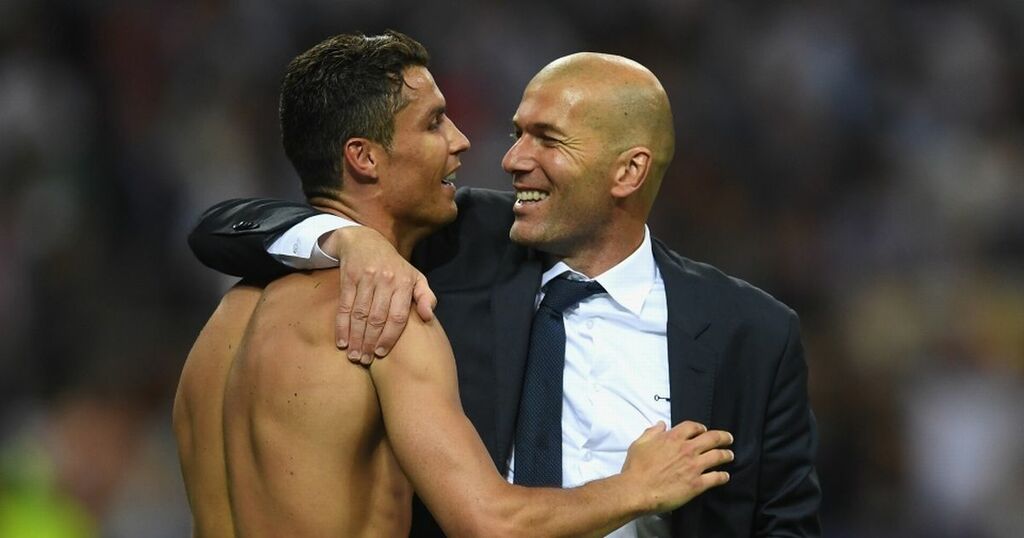 The period between 2016 and 2021 saw Zinedine Zidane lead Real Madrid to remarkable success with the Frenchman currently out of work since leaving the club over the summer.

Zidane – a majestic midfielder during his playing days – has been linked with the Manchester United with current incumbent Ole Gunnar Solskjaer under increasing pressure.

Cristiano Ronaldo played a key role for Zidane’s Real Madrid teams, netting over 110 goals in their two-and-a-half campaigns together in the Spanish capital.

Both Ronaldo and Zidane actually left Los Blancos in the summer of 2018, with the Portuguese superstar joining Juventus while the coach temporarily moved out of football.

Have Your Say! Would Zidane be a success at Man United? Let us know in the comments section

Read more: Zidane 'learning English' and turns down another job as he closes in on Man Utd

Nine months later, the coach was back at Real Madrid but despite spending another two years in the role – never enjoyed the same levels of success as he did with Ronaldo leading the attacking line.

Zidane’s assistant coach David Bettoni has now explained how the coaching team under the Frenchman tried to coach Ronaldo.

He explained how it was important to be “clear and precise” with the attacking star, now aged 36, in the manner in which they coached him and fitted him into their attacking system.

The assistant coach highlighted the necessity to go into clear details regarding the pre-match preparation so that Ronaldo could look for the fine details which he could then exploit.

Bettoni told an interview with Diario AS : “With Cristiano Ronaldo, you had to be clear and precise.

“He had to know the exact reasons why he was doing a specific exercise.

“I have an anecdote: when we played against Bayern Munich, I told him not to focus only on (goalkeeper, Manuel) Neuer, but on strategic targets in how he physically prepared.

“I wondered why I was saying that to him, but that is what you had to do with him.”

The Portuguese superstar was the central player in the three-man attack and was flanked by Karim Benzema and one of Gareth Bale or Marco Asensio in Zidane’s team at Madrid.

Zidane knew how to get the best out of the all-time record Real Madrid scorer, with the pair winning three Champions League titles together.

Ronaldo broke multiple records under the guidance of the Frenchman and particularly in their European triumphs, where he raised the bar and in which he saved his best moments.

There is total respect between the two and there would be no adaptation time for Zidane working out Ronaldo’s most influential position on the pitch.