Ukrainian president Volodymyr Zelensky tweeted his thanks to Speaker Nancy Pelosi and the rest of the US House of Representatives for its passage of a $40 billion military and humanitarian aid pacakge for Ukraine on Tuesday night.

“We are looking forward to consideration of this important document for us by the Senate,” Mr Zelensky wrote.

The House passed the package by a vote of 368-57, with all dissenting votes coming from members of the Republican Party. If the package passes the Senate, as it is expected to, it will take the US’s total spending on Ukranian aid over the last two months beyond $53bn.

US lawmakers, at odds over almost everything else, have largely rallied behind Ukraine since Russia launched its invasion of the country at the end of February. Since then, Mr Zelensky and the Ukranian armed forces have held out against a Russian assault that President Vladimir Putin seems set to continue for the forseeable future.

Mr Zelensky has done his best to rally support from wealthy allies in the West, addressing Congress in March, and President Joe Biden has pushed Congress to act quickly to supply Ukraine with aid on multiple occassions. He has found plenty of allies in Congress, including Ms Pelosi, who visited Kyiv with a US delegation at the end of April.

The passage of this latest aid package, the largest to date, came even as lawmakers on both sides of the ideological divide have questioned why the US refuses to spend so decsively on pressing domestic matters like economic relief for Americans struggling with inflation and Covid-19 funding or whether the US should place any limit on its aid to Ukraine.

Mr Biden had initally wanted Ukranian aid and new funding to fight the pandemic to bundled together in the bill, but earlier this week relented — bowing to Republican pressure and asking Congress to pass the aid package before trying to pass new Covid-19 funding.

It didn’t take long for the House to act. The $40bn it passed for Ukraine goes beyond the $33bn number that Mr Biden had initally requested.

Meanwhile, the US’ funding for its Covid-19 response program — which includes funding for vaccines, treatments, and testing — is running dry just as the country is facing another surge fueled by Omicron varients of the virus. Health officials have estimated that the country could see as many as 100 million new Covid-19 cases this fall and winter.

Mr Zelensky quickly showed his appreciation for the US’ help. The funding represents the US’ largest foreign aid investment in decades, and will go to the Ukranian military and government, the European Command, emergency food assistance, refugee aid, and more.

The White House this week rejected the position taken by Massachusettes representative Seth Moulton that the US is fighting a proxy war with Russia over Ukraine, though Mr Biden himself suggested that Mr Putin is a war criminal. 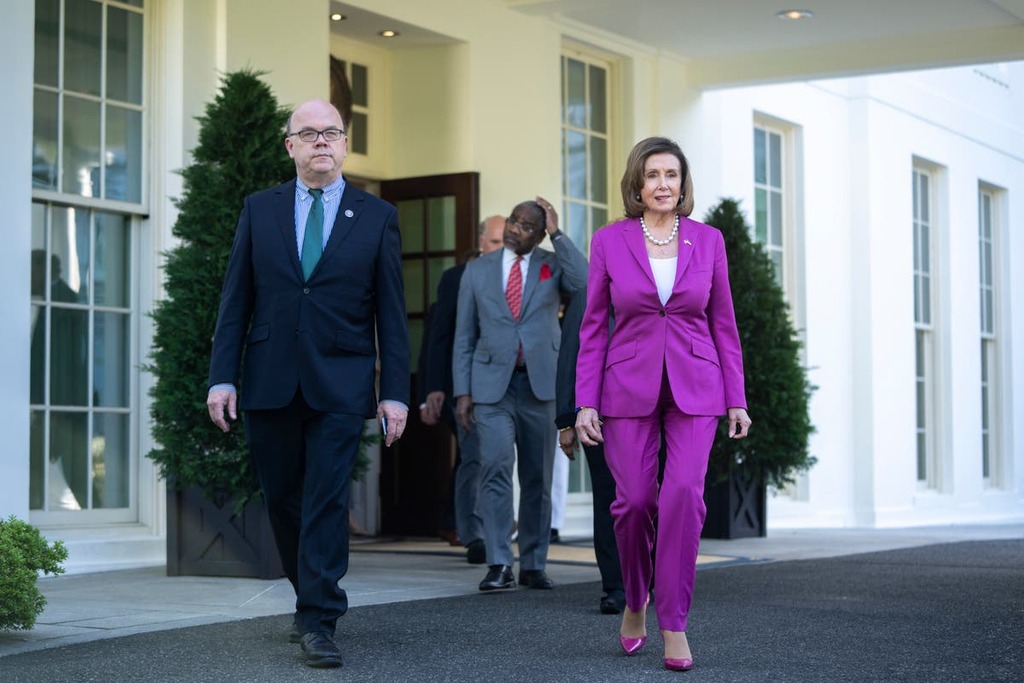 The Independent UK
One subscription that gives you access to news from hundreds of sites
Pelosi says ‘we have to’ pass $33 billion Ukraine aid package
WASHINGTON — House Speaker Nancy Pelosi said U.S. lawmakers are aware of the urgency of approving a proposed $33 billion…

The measure now goes to the Senate, where Majority Leader Chuck Schumer has promised the chamber “will move swiftly.”