Ukraine’s president, Volodymyr Zelenskiy, has urged the west to intensify its economic sanctions against Russia as he said business leaders in Davos needed to decide whether “brute force” should rule the world.

In a keynote video address to the World Economic Forum (WEF), Zelenskiy called for a full oil embargo, the severing of Russian banks from the global financial system, the complete isolation of the Russian IT sector and a ban on trade with Russia.

Ukraine’s president called for the implementation of “maximum sanctions” against Vladimir Putin’s regime and said there would be no point to Davos if Russian aggression was allowed to prevail.

Noting that history was at a turning point, Zelenskiy said: “This is really the moment when it is decided whether brute force will rule the world.”

Zelenskiy received a standing ovation and concluded his 45-minute session at the WEF by sending out a collective message to business leaders, telling them they should “wake up each morning with the feeling ‘what have I done for Ukraine today?’”.

Russia’s absence from this year’s Davos gathering has provided Ukraine with an opportunity to make its case for a stepping up of the west’s economic war against Russia, with Zelenskiy’s team of ministers at the WEF all urging tougher action.

Earlier Ukraine’s deputy prime minister, Yulia Svyrydenko, called for secondary sanctions against companies that continued to do business in Russia. “Now is not the time for a cost benefit analysis. We have to cut Russia off from the global economy completely,” Svyrydenko said.

Citing the example of the Munich agreement in 1938, Zelenskiy called for the withdrawal of all foreign companies from Russia so they were not used in the “bloody interests” of the Kremlin.

He said any company quitting Russia was welcome to move to Ukraine, where they could help with the massive task of repairing the colossal damage to an economy expected to shrink by at least 30% this year.

“We offer the world the chance to set a precedent for what happens if you try to destroy a neighbour,” he said. “I invite you to take part in this rebuilding.”

Zelenskiy said he was looking at alternative ways of getting Ukraine’s food out of the country after accusing Russia of stealing grain supplies ready for export. Talks are under way with Poland to see if food could be shipped out of ports on the Baltic Sea.

He added a corridor should be established for exports such as wheat and sunflower oil, to prevent a food crisis for countries in Africa and Asia.

Sir Lawrence Freedman, the emeritus professor of war studies at King’s College London, said he agreed about the urgent need for international agreement to secure a good corridor because the blockading of Ukraine’s food was “looming large now”.

Freedman added: “The Ukraine line is there’s no time to waste. Just hit hard, hit now, and we need all the support we can get. And don’t nod in the direction of the Russians, they’ve got nothing to give you.” 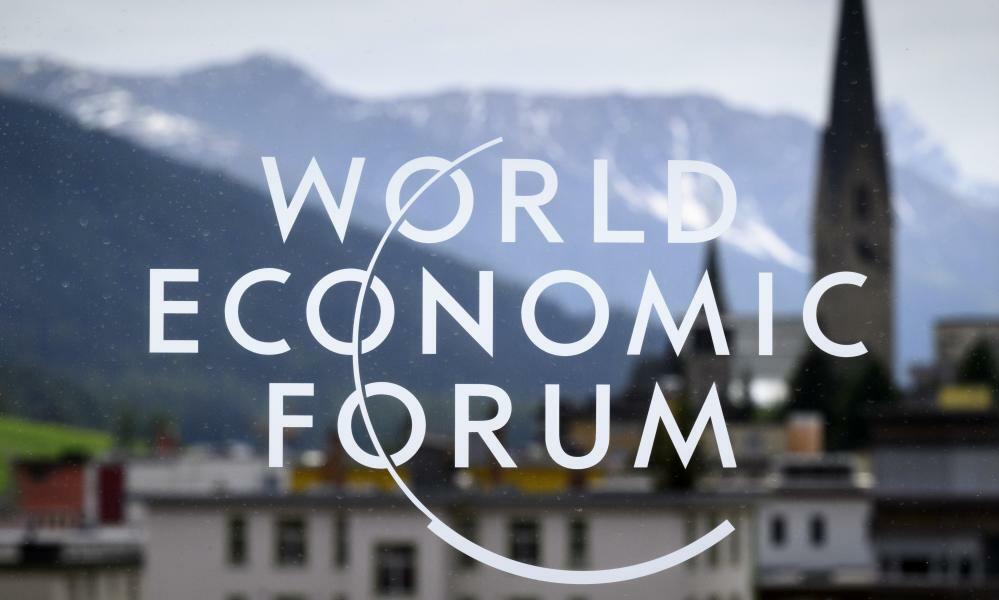 Davos day one: Zelenskiy calls for maximum sanctions against Russia; recession fears on the rise – business live
Rolling coverage of the first day of the World Economic Forum in Davos

President Zelensky lamented that tens of thousands of lives would have been saved had countries acted faster.