At Dish TV, a Zee/Invesco-like drama is about to unfold 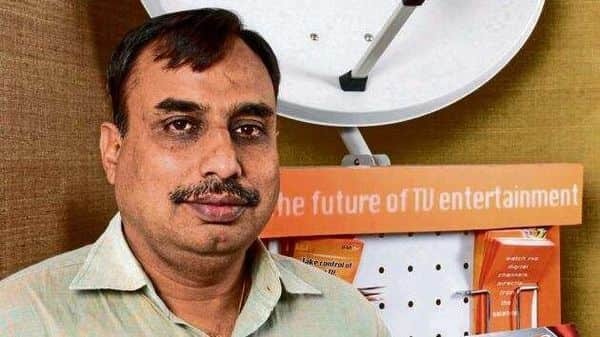 If the matter reaches the National Company Law Tribunal (NCLT), it will mark the rerun of the Zee Entertainment Enterprises-Invesco spat in which Chandra is locked in a legal battle with Zee’s largest shareholder, Invesco.

A Yes Bank executive, one of the three people, said calling an extraordinary general meeting (EGM) by a shareholder is cumbersome if the company does not cooperate. “So, the other option is to go to court and request it to direct the company to hold an EGM," the person said, requesting anonymity.

An email sent to a spokesperson of Yes Bank went unanswered.

“It is an inalienable right of a shareholder, who holds at least 10% in the company, to demand an EGM," the second executive said, also requesting anonymity. “The fact that the board (of Dish TV) is meeting on the 21st day (from the day of the receipt of the letter) suggests it is almost a given that they will reject our proposal. So, we will have no option but to seek the help of NCLT."

Yes Bank demanded the holding of the special shareholders’ meeting in a 21 September letter, which was received by Dish TV on 23 September. Under the rules governing publicly traded companies, a company is expected to announce a date for an EGM within three weeks if demanded by a shareholder with at least 10% stake.

“The company has been taking and shall continue to take necessary steps to comply with provisions of applicable laws, in the best interest of all its shareholders. The outcome of the board meeting, scheduled on 13 October 2021, will be duly intimated," said a spokesman for Dish TV.

Yes Bank, which owns a 25.63% stake in Dish TV, is peeved at the Dish TV board’s decision to go ahead with a proposed rights issue, despite the bank’s objections, besides certain investment decisions, including the one in content platform Watcho.

Noida-based Dish TV contends that removal and appointment of directors needs prior approval from the ministry of information and broadcasting.

Goel and his family own 5.93% in Dish TV, of which about 40% of the shares are pledged with creditors.

In the shareholder revolts against Essel Group companies Dish TV and Zee, Yes Bank is better placed than Invesco.

Yes Bank’s ownership in Dish TV is more than Invesco’s 17.88% in Zee. Additionally, Yes Bank claims that its demands for a board reconstitution have support from an additional group of 19% shareholders. This implies that Yes Bank has the support of nearly 45% of shareholders.

Mint cannot independently ascertain if Invesco, which is seeking to remove Zee managing director Punit Goenka and induct six board members on the board, has support from any of the other 78% shareholders in Zee. Chandra and his family own 3.99% in Zee.

Invesco’s fight at Zee is also more complicated as Zee has signed a non-binding term sheet for a merger with Sony Pictures Networks India. The proposed merger with Sony, the completion of which is expected to take a minimum of three months, could find favour with some shareholders, according to a fourth person, who also declined to be identified.

As there is no such proposal at Dish TV, this limits Goel’s options.

“The courts are a mere distraction: although they will push back the shareholder meeting to some date in the future, investors will do well to remember that it is their vote alone that will decide the future of Zee – not NCLT, not NCLAT, not high courts, and not even the Supreme Court," proxy advisory firm Institutional Investor Advisory Services India Ltd wrote in a 7 October note to clients with regards to the ongoing Zee-Invesco courtroom battle.