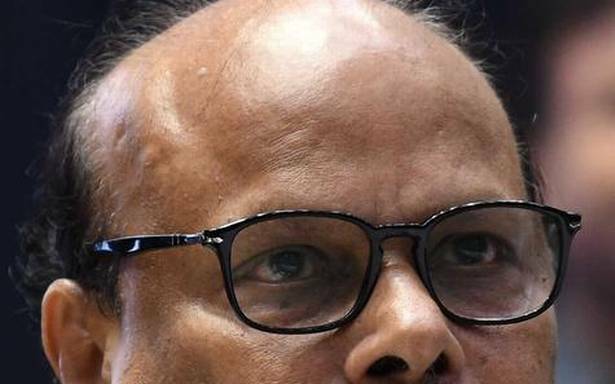 Former Minister and TDP Politburo member Yanamala Ramakrishnudu on Sunday slammed the YSR Congress Party government for ‘turning Andhra Pradesh into a debt-ridden State with no new sources of revenue generation to carry out welfare and development activities’.

The TDP veteran said that development had come to a standstill in the State and that the poor had received lesser benefits under the Jagam Mohan Reddy regime as compared to the TDP government. In terms of poverty rate, the State had leapfrogged to second position from sixth place in the past, ‘creating a record’ as a State without any income, he alleged.

“Contrary to the claims made by Finance Minister Buggana Rajendranath that out of the loans worth ₹2.68 lakh crore borrowed in the last two and half years, ₹1.05 lakh crore was distributed to the poor under welfare schemes, the government had distributed only ₹68,632 crore under the Direct Benefit Transfer (DBT) schemes. The Chief Minister and Finance Minister owe an explanation to the people on the remaining money,” he said.

Mr. Ramakrishnudu said that even if the government had used the entire loan amount for revenue expenditure, it would be tantamount to violation of financial agreements. “The government’s own budget accounts show that only ₹68,632 crore has been spent on welfare in the last two years. The fact that Andhra Pradesh stands in 19th position in spending on welfare schemes, proves Mr. Rajendranath’s claims wrong,” he argued.

The TDP leader said that while the Chandrababu Naidu government had introduced 17 welfare programmes to help increase the income of the families below poverty line, the YSRCP government merely changed their names and introduced only five new schemes.

Mr. Ramakrishnudu said the economic divide had gone up from 32% to 43%, a clear rise in the poverty levels.