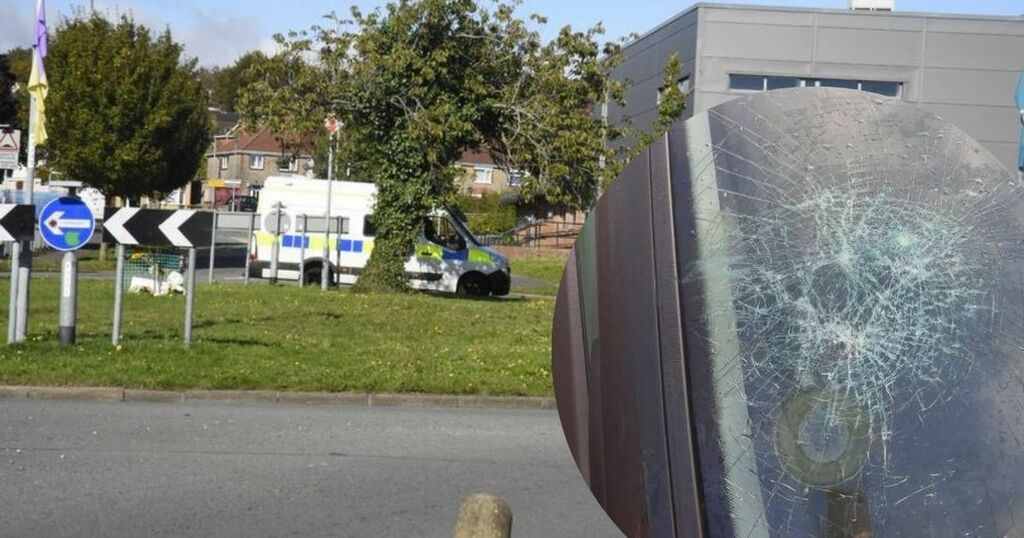 A 69-year-old man with cancer has been targeted by youths who threw a brick at his car as he drove.

Terence Buller, who has lived in the Alway area of Newport all his life, was targeted this week, days after being diagnosed with cancer.

His treatment has started this week, but he relies on the car - which is now being repaired - to attend Velindre Cancer Centre.

Read more: If you want to read news about Alway and Newport head to our Newport homepage here

Mr Buller was so shaken that his daughter-in-law Kelly Piper spoke on his behalf.

“He was picking up his dog from the vets and then he was on his way back home with my mother-in-law and he got to the roundabout at Balfe Road and they threw a house brick on his front window,” Ms Piper explained. “They then threw paint on the back of his car.”

Ms Piper believes the vandals might have targeted Mr Buller because he has stickers on his car which suggest he is a working taxi driver, but he is currently not working due to ill health.

He isn’t the first driver to be targeted by vandals in Alway. This week local traders in the area described how youths ring taxis and wait for them to arrive before ripping stickers off the vehicles and throwing stones at them.

The problem has become so out of control that taxis don’t often drive to the area. You can read more on that story here.

Ms Piper said: “There’s a dispersal order there, but you wouldn’t think it. Taxis won’t go up there, buses won’t go there. The vandals are terrorising the community up there. It’s terrible.

“We can’t go up there in the dark because my husband is a taxi driver as well.”

She described the impact the incident has had on Mr Buller and his family.

“He won’t leave the house now after dark,” she said. “He is really shook up. My mother-in-law was very shook up as well. She rang me screaming saying ‘Kelly they’ve put the window through on the car’. It wasn’t nice to hear her panicking like that.

“We’d want them to move tomorrow if they could. The area is terrible. I am scared. His car has taxi plates on it.

“What is happening needs to be brought to people’s attention. People there are scared that if they speak out their windows will be put through.”

A Gwent Police spokesman said: “We received a call regarding criminal damage in Balfe Road, Newport at around 8pm on Tuesday 12 October.

“A brick was reportedly thrown at a car by a group of youths, damaging the windscreen and body work of a black Ford Mondeo. No injuries were reported.

To get the latest Newport stories emailed directly to your inbox click here.