Youth football team back in the game after community donates goalposts 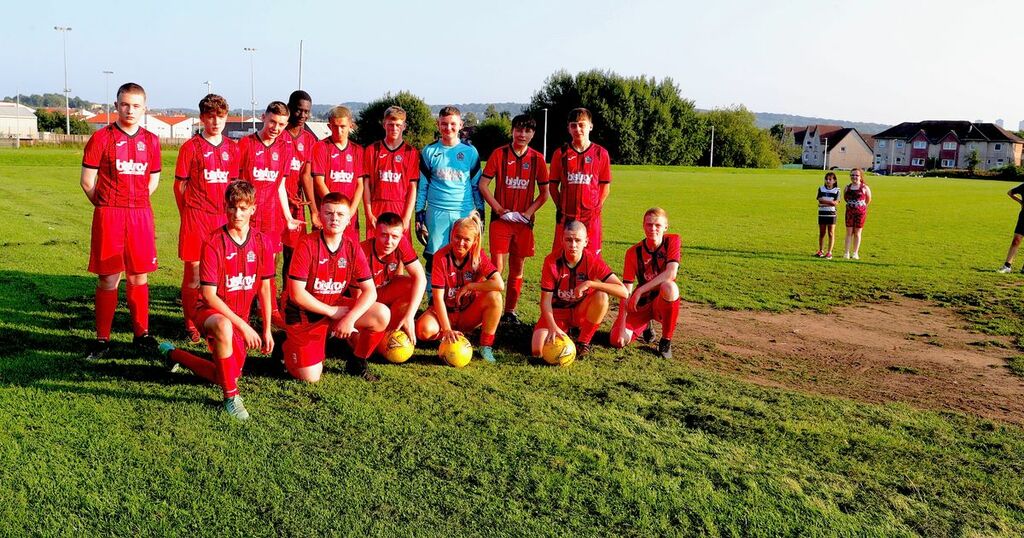 A Lanarkshire youth football team is back on the ball after the community helped provide them with new goalposts.

However, a long term solution for Glencairn 2006s, who use the pitches at Burnhill in Rutherglen twice a week, has yet to be found.

Last week Lanarkshire Live told how the team and their coaches were disgusted after South Lanarkshire Council decided to remove the goalposts where they train.

Since that bombshell, a number of kind-hearted locals have stepped in to offer cash donations and another set of posts.

Coach Tony McDonald told us: "The community has been brilliant. We have had a lot of support and people really pulling together because they know how important the pitches are in Burnhill.

Get the Rutherglen Reformer for all the local news

"We had a former resident who used the pitches, Frank Dunn, get in touch and donate £700. We also had a woman, Liz Tierney, give us £500 as she felt it was important that the kids had somewhere to play.

"Margaret Lamont helped us get new posts which we've got up temporarily, and that's meant the kids have got something just now.

"There's a Go Fund Me been set up too, so we'll have a bit of money that can go towards this. There's so little left for the kids in Burnhill, especially since the sports centre was shut, so this is so important. It shouldn't be the community that's having to do this, though."

The team has tirelessly maintained the pitches, bought nets and painted the goalposts over the past few years, with hundreds of youngsters playing there previously.

Tony says he would like to see the grounds taken over by the club to ensure it remains as a resource for the community.

He added: "If the council is willing to come and go with us then we're willing to try and take it over and make sure kids can use it and play there."

The local authority previously stated they removed the posts because of vandalism.

Although workers had told coaches at Glencairn 2006's there were plans to concrete over the area with the posts, the council has stated they are looking at various possibilities.

Alistair McKinnon, head of facilities, waste and grounds services, said: "We are looking at options to enable the continued community use of the pitch including replacement of the damaged goals."