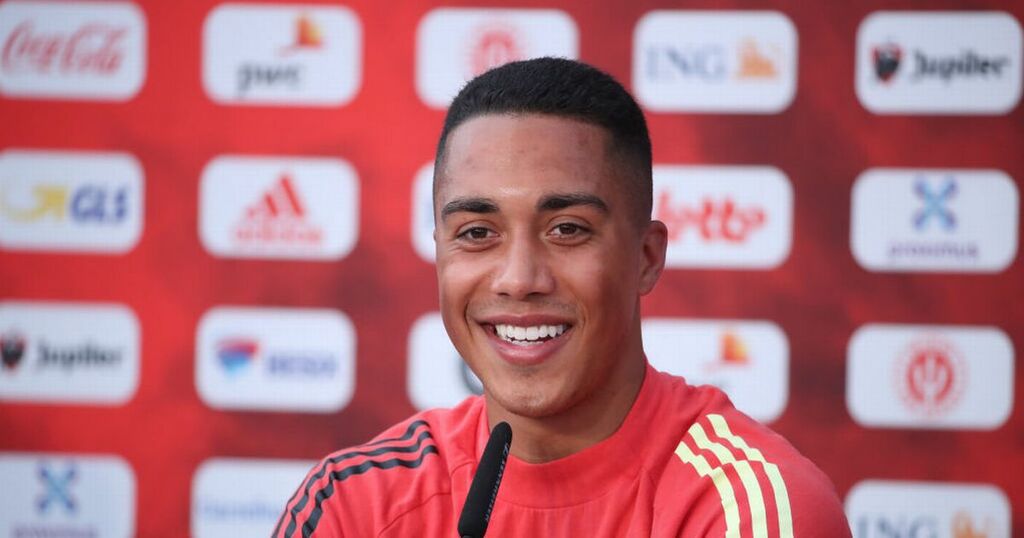 Leicester City 's Youri Tielemans says he is "open to everything" amid transfer interest from Liverpool and Manchester United.

The 24-year-old picked up the club's Player of the Year award for last season and scored a thunderous goal in the FA Cup final which saw the Foxes lift the famous trophy in May.

His performances affirmed his standing as one of the Premier League's best midfielders, able to do a bit of everything for manager Brendan Rodgers.

But Tielemans' showings have not gone unnoticed despite a lack of Champions League football in the East Midlands, with Liverpool and United said to have been interested during the summer window.

With two years remaining on his deal, Leicester are keen to tie the Belgium international down in order with an improved deal to either keep him at the King Power Stadium or receive a large sum for his signature, something he was asked to give an update regarding by Sky Sports News.

"There's no update really. I'm open to everything," he revealed. "The transfer market has just closed, but I want to keep as many options as I can open.

How much is Tielemans worth? Give us your verdict here.

Asked by the interviewer if that meant keeping his options open, he clarified: "Exactly."

Having played every minute for Leicester so far this term, Tielemans' importantance to Rodgers' side cannot be understated, providing crucial creativity.

The ex-Anderlecht star's 37 direct goal contributions in 113 appearances have eased the burden on James Maddison but his partnership with fellow central man Wilfred Ndidi has been lauded as one of the top-flight's best midfield duos.

Although a gifted player on the pitch, his boss recently described him as a "top-class professional."

"I hope we can have him for longer. Jon [Rudkin, the Foxes' director of football] is meeting with his representatives," Rodgers stated before transfer deadline day.

"He is a top-class professional, a great guy and someone I love working with. He is very focused on his football and doesn't get sidetracked at all. As I have said before, I will give him everything to help him continuously improve and he will continue to give us everything too.

The Welshman added: "For me and Youri, it just continues - our relationship. Hopefully, we can resolve something in the future."

Tielemans has been linked to Liverpool as the heir to recently-departed midfielder Georginio Wijnaldum and the Jurgen Klopp is particularly light following Harvey Elliott's ankle injury.

Meanwhile, Ole Gunnar Solskjaer could be searching for United's Paul Pogba replacement if he opts to run down his contract and Old Trafford and leave for free next summer.

Whichever clubs snatches up the midfielder will be getting a serious talent.