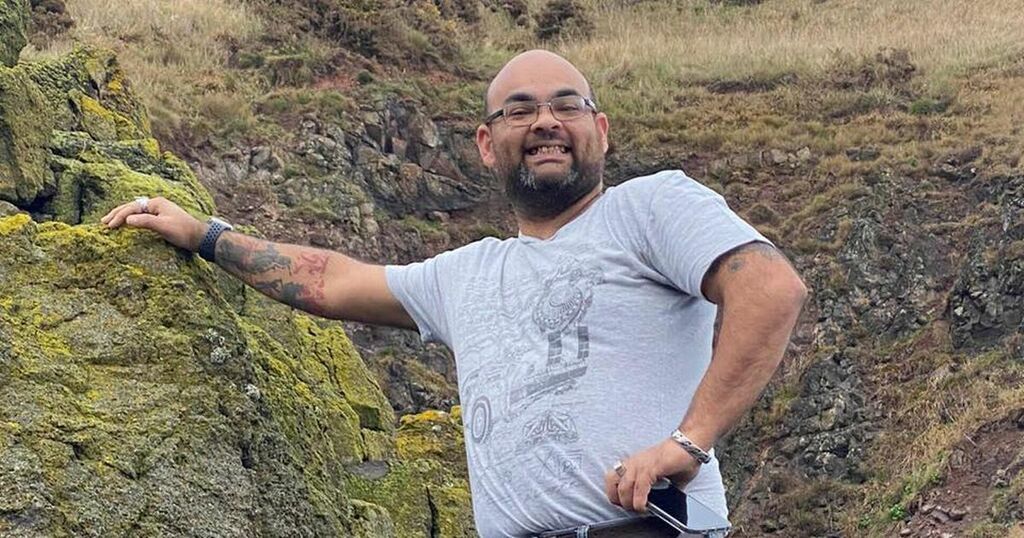 Tributes have been paid to a young Scots man following a 'short but brave' battle with pancreatic cancer as his devastated family 'say goodbye to an unfinished story'.

Daniel Lavigillante, 38, died peacefully on Friday with his mum and dad by his side after being diagnosed with the terminal illness.

The Montrose man was a popular figure in his hometown and his passing has devastated the local community.

Daniel was the owner of local business Angus Auto Shifters and a member of the Sinners Motor Cycle Club in Carnoustie.

His heartbroken mother Moria Lavigillante broke the news to his customers at his vehicle transport service on Friday evening.

In a post on Facebook, Moria said: "I'm deeply saddened to have to tell all his loyal customers that Daniel actually suffered from pancreatic cancer from the time he had to stop working.

"After a short but brave fight with this horrible disease, he passed away at home in the early hours of this morning.

"His dad and I were extremely proud of how he started AAS and the success with which it took off.

"On behalf of our much loved son, I'd like to thank each and every one of you who helped him by giving him your business and support.

"He will be very sorely missed by many, but mainly by his dad and I."

Daniel’s devastated cousin Helen Mclellan confirmed Daniel died with his mum and dad by his side on Friday.

Helen said: “It has been a tough week. After a courageous battle with pancreatic cancer, my cousin Daniel passed away with my aunt and uncle by his side as they always have been.

"Daniel was an extraordinarily funny, brave, and kind man whose perseverance and courage were a testament to his character.

"The loss is devastating, and knowing it was coming did not make it any easier.

"It is evident from the messages shared on his Facebook page that many people cherish and love him. Daniel was taken from us too young, and now we have to say goodbye to an unfinished story.”

Following the devastating news, tributes have poured in for Daniel on social media.

Daniel’s aunt, Linda Leslie said: “The world has lost a legend and heaven has gained a angel.

“My heart is breaking for my sister Moira Lavigillante and brother-in-law Jacques Lavigillante.

“Not only was he their son but he was their best friend.

Meanwhile, in a touching tribute to his pal, Scott Urquhart said: "It’s hard to hear that another great man has been taken so young.

"This man could make me laugh and always brighten up anyones day, you will be truly missed by all and my thoughts are with your family mate, until we meet again."

Donavan Webster added: “Daniel, words escape me to put across how hurt, heartbroken and destroyed I am at the loss of you.

“You were the kindest, funniest and most amazing person to be around and anyone who was lucky enough to have met you for even the briefest of moments will understand what I mean by that!”

Stuart Begbie Skinner said: “This morning our world was shaken and changed for the worst. My friend Daniel Lavigillante, with his mum and dad by his side, left us leaving a hole that can never be filled.

“I am honoured tae have called you my friend. If you know Daniel, join me and raise a glass tae a one of a kind person. I will miss you brother."