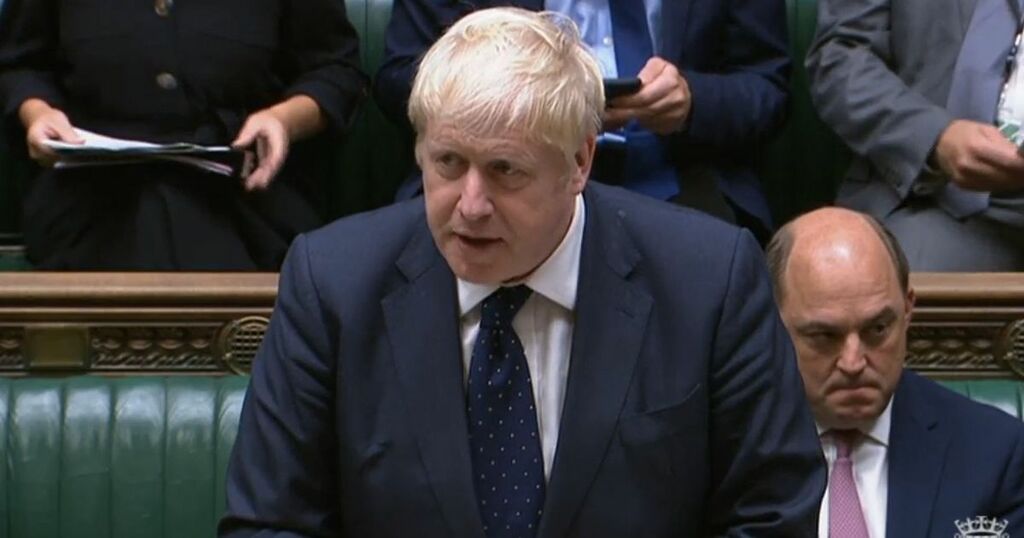 Boris Johnson is set to hike national insurance to pay for social care, hitting millions of low earners and young people in the pocket.

The Prime Minister's plan to raise national insurance contributions by 1.25% will see the average worker in Liverpool paying more than £200 a year in additional taxes.

Number 10 said the extra £36billion raised from the tax increase will "bust the Covid backlogs and reform adult social care".

Mr Johnson said: “No Conservative government ever wants to raise taxes and I’ll be honest with the House, I accept that this breaks a manifesto commitment – which is not something I do lightly.

"But this is the right, the reasonable and the fair approach – enabling our amazing NHS to come back strongly from the crisis, tackling the Covid backlogs, funding our nurses, making sure people get the care and treatment they need in the right place at the right time, and ending a chronic and unfair anxiety for millions of people and their families up and down this country.”

Mr Johnson's proposal will see anyone with under £100,000 in savings receiving state help – with care completely funded by the state for those with less than £20,000.

There will also be a cap on care costs, so that no individual will have to pay more than £86,000 over their lifetime.

Much of the revenue raised from the 1.25% hike will initially be devoted to cutting waiting lists in the NHS, with social care receiving just £5.3bn of the £36bn expected to be raised over the next three years.

From 2023-24, once HM Revenue’s computer systems have been updated, the NICs increase will be rebadged as a health and social care levy, which will appear as a separate line on payslips.

The Prime Minister’s official spokesman said that only a broad-based tax like National Insurance or income tax could raise the kind of sums needed to deal with the problem.

He argued that National Insurance represented a fairer solution as employers – who also benefited from a healthy workforce – would contribute.

“This is a progressive and fair way to raise money,” the spokesman said.

“A tax rise on young people, supermarket workers and nurses, a tax rise that means a landlord renting out dozens of properties won’t pay a penny more but the tenants working in full-time jobs would, a tax rise that places another burden on business just as they are trying to get back on their feet.

“Read my lips: the Tories can never again claim to be the part of low tax.”