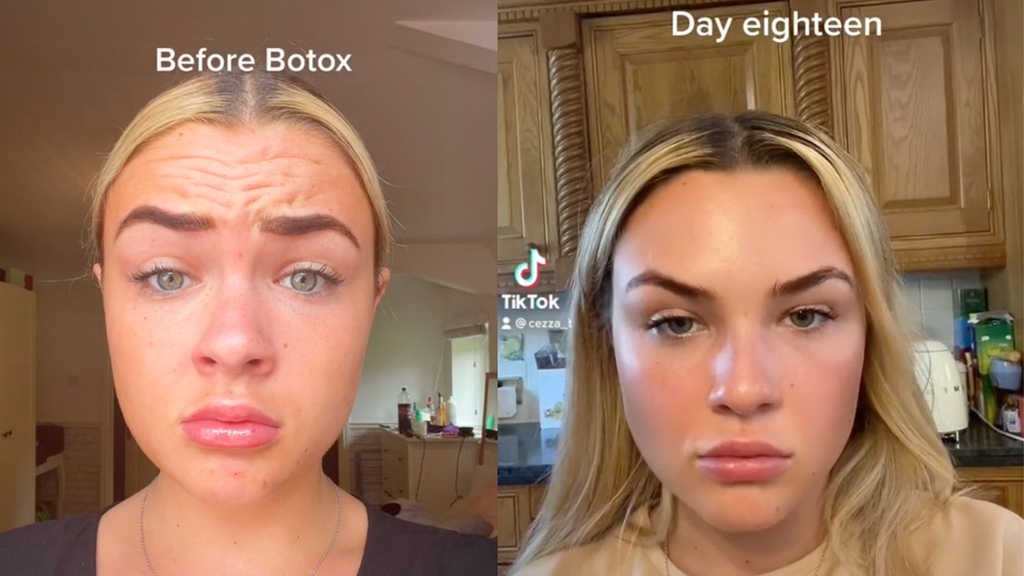 Aussies as young as 18 are booking botox appointments in the hope of preventing wrinkles and imperfections later in life. But is the price tag worth it and do the risks outweigh the potential pay-off? Let’s put our Sherlock hats on and do some bloody investigatin’.

Baby botox describes the process of injecting smaller amounts of Botulinum toxin (AKA: Botox) into your skin for a more refined, subtle look. Young Aussies on TikTok have made no secret of the fact that they’re using it.

The reason why so many are jumping on the baby botox train is that they believe it will prevent wrinkles in their natural resting face later in life. However, according to Dr Naveen Somia who is a past president of the Australasian Society of Aesthetic Plastic Surgeons, the theory is “an anecdotal opinion”.

This hasn’t stopped TikTokers from taking the plunge and posting the results online. Below are a couple of examples for your viewing pleasure.

One young Aussie named Zac Foote who was interviewed by the ABC reported that he paid $800 to reduce his crow’s feet, frown lines and forehead wrinkles. He said he plans to have between two and three treatments per year since the effects of botox are temporary and wear off after a few months.

Speaking on the results of his treatment, Mr Foot said that “It’s amazing, I am really happy with it”. If the customer’s happy, then surely that’s cased closed – end of story?

Well, as we touched on before the long term effects of using botox as a preventative measure aren’t scientifically proven yet. Patricia Wexler is a cosmetic doctor in America who warns against overdoing botox too early in life, telling Vogue Magazine that “If you do too much Botox on your forehead for many, many years, the muscles will get weaker and flatter”. The weakened muscles may then recruit surrounding muscles to help make facial expressions which in turn, might require those surrounding muscles to require botox that might otherwise not have.

One more thing to consider with botox treatments and cosmetic surgeries alike is the risk involved, albeit minor. According to Healthline, botox injections are considered low-risk but side effects including pain, swelling, headache can occur as well as much rarer side effects such as muscle weakness and loss of bladder control.

There’s also the ever-so-slight chance that the clinic may fuck up and botch the surgery as was the case of the TikToker below who lost her dimply smile.

To sum up, botox injections have become heaps more socially acceptable and way kinder on the wallet over the past few years. What’s more, we’ve all gotten pretty used to needles recently.

At the end of the day, it’s your money and you can spend it as you damn well please. If it truly sparks joy, heckin’ go for it!

However, the ‘concerned mum’ voice that exists within all of us would love it if you did your research just to make sure that this is 100% what you want. Thanks darling xoxo.