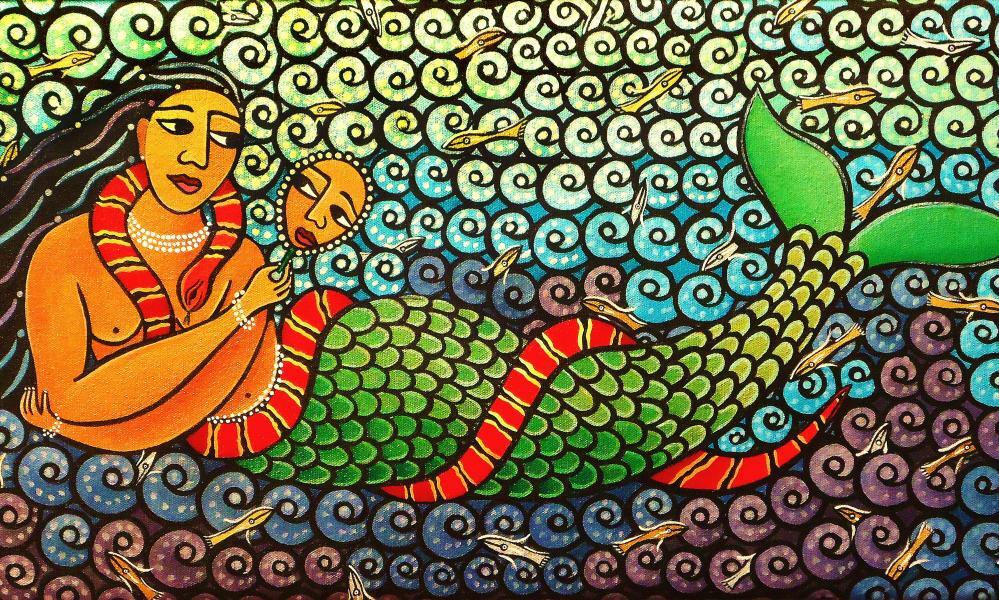 For long winter nights, Joanna Ruth Meyer’s lush, folkloric debut Echo North (Pushkin, £8.99) is certain to enchant. In a Russian-inspired fantasy world, Echo makes a pact with a strange talking wolf: she will live for a year in his house and in exchange the wolf will save her father’s life. There, she finds secrets, danger, a magical library and the mystery of the wolf’s enchantment to unravel. Immersive and romantic, it’s a unique spin on fairytales such as East of the Sun and West of the Moon and Beauty and the Beast.

There are more fairytales in Natasha Bowen’s epic debut Skin of the Sea (Penguin, £7.99), which fuses The Little Mermaid with west African mythology. Simi, a young black mermaid, is one of the Mami Wata, duty-bound to gather the souls of those who die at sea. When a living boy is thrown from a slave ship, Simi defies the decree to save his life and must travel to the supreme creator to make her amends. Fantastical creatures and vengeful gods form a vivid backdrop to this rich and original story of one girl’s journey to find herself.

Also challenging stereotypical depictions of enslaved people in fiction is Alex Wheatle’s Kemosha of the Caribbean (Andersen Press, £7.99, February), which puts a young black girl centre stage in a thrilling high seas adventure set in 1650s Jamaica. Born into slavery and sold to work in the colonial outpost of Port Royal, Kemosha escapes aboard the ship of notorious pirate Captain Morgan, eager to earn enough to buy her brother’s freedom. Kemosha’s indomitable spirit, determination and wit make for an unforgettable heroine.

In Blue Running by Lori Ann Stephens (Moonflower, £16.99), the near future has spawned the violent and corrupt Republic of Texas, where gun ownership is mandatory, abortion illegal and the country isolated from the US by both a wall and an internet blackout. When a firearms accident kills Bluebonnet’s best friend, she goes on the run, joining up with Jet, a pregnant Latin American migrant. Their race to the border is gripping.

Can you trust everything you read in a newspaper? In contemporary fiction, Muhammad Khan’s Mark My Words (Macmillan, £7.99, February) explores the impact of two very different schools merging into one. Frustrated by elite student cliques and the glossy, official school newspaper, Dua sets up an alternative to highlight social inequalities exposed by the merger, along with controversies the school would prefer to keep quiet. A bold and timely book about protest and finding your voice.

Finally, Kate Weston’s Diary of a Confused Feminist, one of the funniest young adult books of recent years, continues in a sequel, Must Do Better (Hodder, £7.99, February). It’s a new term and Kat is determined to spread the word about her feminist society and support her friends through difficult times, And there’s a class trip to France to look forward to. These astutely observed misadventures echo the much-missed teen writer Louise Rennison in a frank, contemporary take on sex, relationships and mental health.