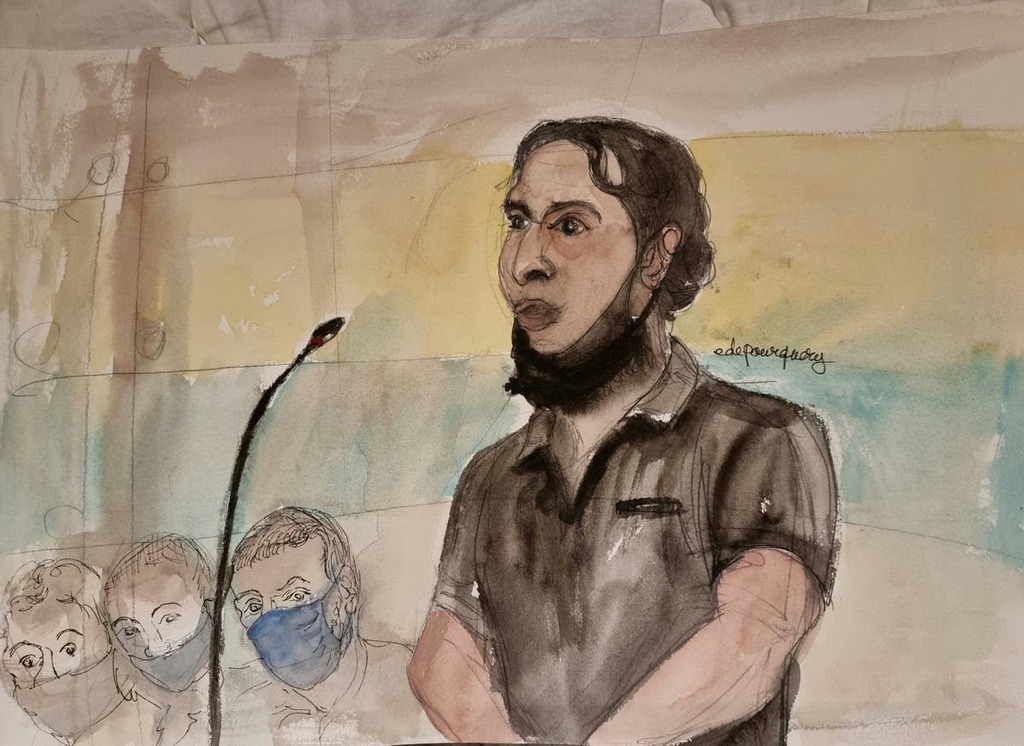 A self-confessed Isis “soldier” was silenced in a Paris court during the trial of suspects alleged to have carried out the 2015 Bataclan terror attack.

Salah Abdeslam began shouting during Thursday’s proceedings from behind a glass partition in the specially built court in the centre of the French capital, but then had his microphone switched off.

“The victims from wars in Syria and Iraq – will they be able to speak?” Abdeslam demanded.

Claiming that he had been judged guilty before the verdict, Abdeslam continued: “In principle, we should be presumed innocent before being judged.” He also told Jean-Louis Peries, the president of the court, that he did not “endorse your justice”.

Abdeslam said that three of those also accused – Mohammed Amri, Hamza Attou and Ali Oulkadi – were not aware of the plot to shoot and blow up innocent people in Paris.

“They helped me, but they knew nothing at all,” he said. “They are in prison but did nothing.”

Abdeslam replied: “Sir – don’t be selfish. There are other people who want to hear me.”

It was at this point that Judge Peries switched off Abdeslam’s microphone, meaning his ranting could not be heard in the vast courtroom. Judge Peries said: “You’ve had five years to comment.”

As Abdeslam continued to try to disrupt the trial, other parties complained vigorously to the three presiding judges.

On Wednesday, as the session drew to a close, Abdeslam screamed at the panel of judges, saying: “I’ve been treated like a dog for more than six years, but I say nothing because I know that after death I will be resurrected!”

Abdeslam has admitted discarding a belt containing explosives during the attacks, instead of using it to blow himself up.

He has appeared in the dock along with 13 other men who are alleged to have helped carry out the slaughter on 13 November, 2015, when 130 people were killed and hundreds injured in a series of coordinated attacks in the French capital. Abdeslam faces numerous charges, including “participating in murders in an organised gang connected to a terrorist enterprise”.

Aside from the 14 defendants in court, six others will be tried in absentia. Five of them are thought to have been killed while fighting for Isis in Syria and Iraq, while a sixth is in prison in Turkey.

The trial, which will last until at least May, continues.