"You've got to stop this... stop drinking": Alcoholic who bombarded 999 with nuisance calls given 'final chance' to change his ways 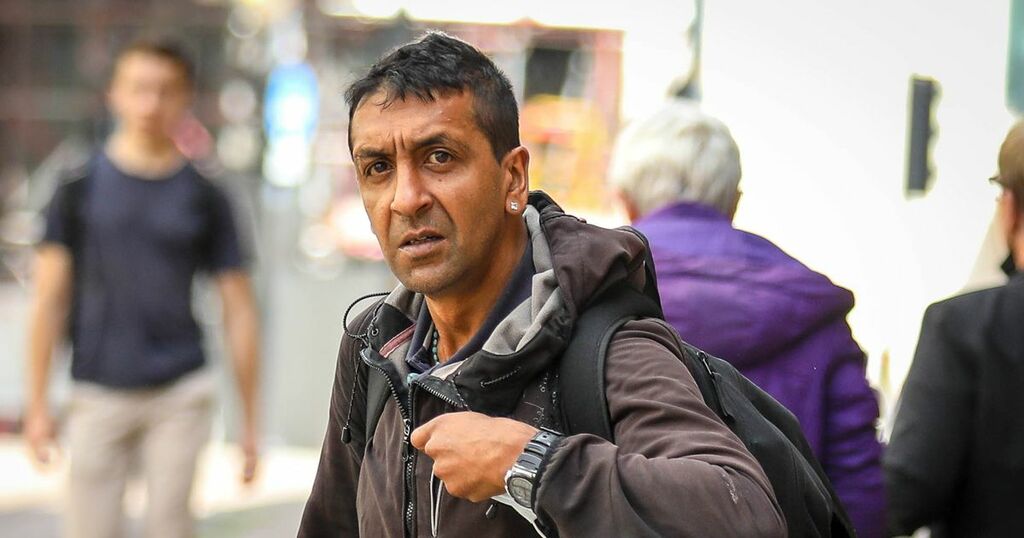 An alcoholic who pestered 999 call handlers with dozens of 'aggressive' nuisance calls has been given a 'final chance' to turn his life around.

William Donnelly, prosecuting, said most of the calls, between January and April this year, were requesting police and were ‘aggressive, abusive, threatening and on occasions simply incoherent’.

During the phone calls, Singh referred to his parents as ‘b*******’, child abusers and compared them to Rose and Fred West.

Singh, from Whalley Range, received warnings from call handlers who had, on some occasions, put the phone down due to the ‘abusive’ nature of the calls.

At the time of the calls, Singh, who has 46 convictions and 92 offences to his name, was on a suspended sentence for a previous offence related to reckless arson.

Singh had been removed as a patient from the Cornbrook Medical Centre after ‘aggressive and abusive conduct’ towards staff.

In February 2019, he was responsible for an arson attack on the medical practice that caused around £700 worth of damage.

Singh was arrested after he was caught on CCTV cameras holding ‘burning material’ near the premises at the time.

Under the terms of his suspended sentence, Singh was given an alcohol treatment requirement order of 18 months.

When making the nuisance calls to police, Milena Bennett, defending, said Singh had been under the influence of alcohol and that he had since become abstinent.

He has moved home, changed his telephone number and ‘made every effort to remove himself from the triggers’ that led to the offences.

The court heard Singh maintains that he suffered sexual abuse at the hands of his parents and that it was contact with his family that drove him 'back to the drink'.

“The recurring theme is the relationship with his family,” Mrs Bennett said in relation to the nature of the calls made to police.

“The issue that Mr Singh is having continuously is that his family are trying to contact him.

“He has avoided contact for a long period of time but it seems his family have been trying to contact him again.

“This is what tipped him over the edge, so to speak, where he started drinking and committing these offences.”

Mr Singh was arrested in July for the nuisance calls.

Mrs Bennett, defending, said a report from an offender manager acknowledged that Mr Singh had since ‘attended all appointments and completed all recommendations’ with regards to the now-expired requirements.

“Since he was warned off really, he has stopped drinking,” Mrs Bennett said.

“He’s attending AA meetings regularly - not only one meeting but different ones around Manchester which he attends a few times a week - which he tells me assists him with his abstinence.”

"This really is the end of the line for you.

"You've got to stop this, stop drinking and stay out of trouble."

He handed Singh a four-month prison sentence suspended for 18 months plus a requirement to attend an alcohol treatment programme and 20 rehabilitaion days.

In a highly unusual move, prosecutors applied for an 'interim derogatory remarks' order banning the Press from reporting Singh's claims about his parents.

The order was initially granted by Judge Savill at a hearing in August.

But after hearing representations from the Press, including the Manchester Evening News, Judge Savill lifted the order on Monday.

Guidance from the judiciary states that an order under section 39 of the Sentencing Act 2020 can only be made where the court has 'substantial grounds' to believe a derogatory remark about a named person or persons is false.

Miss Bennett told the court her client maintains his claims are true and has done so for 27 years.

Denise Fitzpatrick, prosecuting at the latest hearing, claimed the defendant 'hasn't attended a police station' to report the allegations and that during the 999 calls he was 'heavily intoxicated'.

Lifting the order, Judge Savill said Singh's claims were clearly relevant to his offending adding: "I cannot be satisfied... that there are substantial grounds that [the allegations] are false.

"It's impossible without intricate court hearings to determine the veracity.

"Picking up on a point made to me by a member of the Press, this is a high bar."