‘You’ve got to enjoy it’: Hamilton and Verstappen shrug off F1 pressure talk

By Giles Richards at Istanbul Park 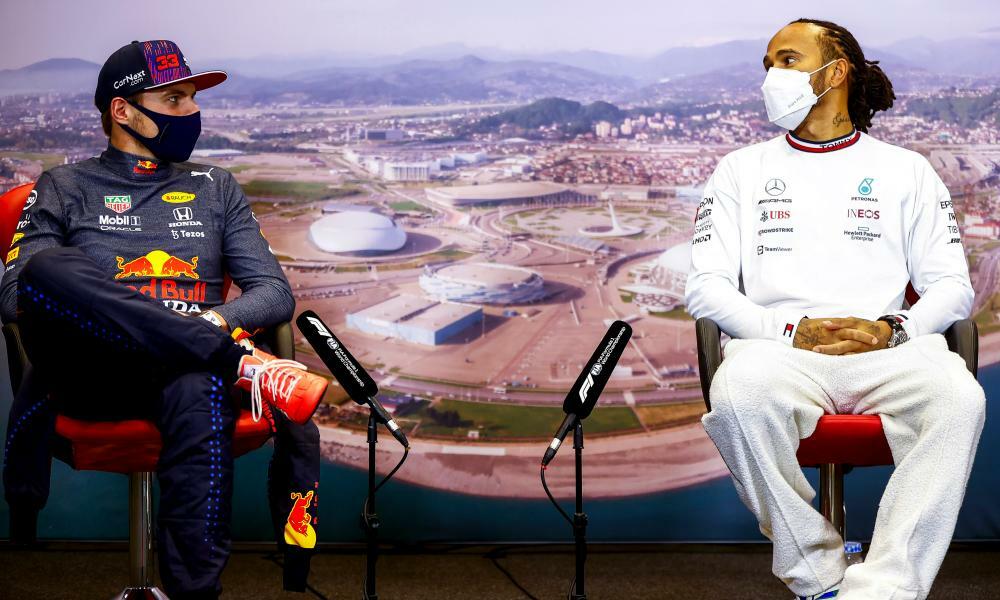 Lewis Hamilton and his Formula One title rival Max Verstappen have insisted they are not feeling any pressure as their tight world drivers’ championship fight ramps up to a tense run-in.

Speaking as they prepared for this weekend’s Turkish Grand Prix, the drivers shrugged off suggestions they were feeling the intensity of a competition that has ebbed and flowed across 15 rounds and remains too close to call.

Hamilton is 36 and in his 15th season in F1, and the Mercedes driver said his experience helped him to stay focused. “It’s the understanding what will be will be, all you can do is prepare the best way you can,” he said.

“Ultimately you’ve got to enjoy it. What an amazing season it has been so far, it has been super-exciting for fans. We finally see two teams neck and neck, which is amazing.”

Hamilton leads Verstappen by two points after the Dutch driver made a superb recovery for Red Bull at the last round in Russia, finishing second after starting at the back of the grid because of a penalty for fitting a new engine.

Verstappen is 24 and in his first title fight but insisted he was similarly unperturbed by the closest competition between teams F1 has seen since 2014. “Even if we finish second we have still had a great season and it’s not going to change my life,” he said. “I enjoy what we are doing so for me there is not much to worry about.”

With seven races remaining Mercedes are considering installing a new power unit for Hamilton in Turkey, which would be his fourth, so as with Verstappen at Sochi he would start from the back of the grid.

The principal, Toto Wolff, confirmed Mercedes were looking at their options. If they are to take the penalty, selecting where they can minimise the potential points lost will be imperative. “It’s a possibility,” he said. “When and how is not yet decided. Most important is that you don’t DNF because of a reliability issue.”