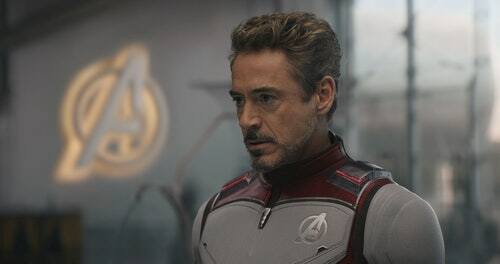 You need to watch the most unique time-travel epic ASAP
'Avengers: Endgame' doesn't need any more recognition, but its handling of time travel and the metaphor of reconciling with the…

Re:Zero subverts the tired rules of fantasy anime to create a world with adorable magical girls and psychological turmoil at…

Forget the famous '90s movie, the SyFy '12 Monkeys' reboot changed everything. Here's why it's worth a look if you've…

If you think you’ve seen it all when it comes to time travel paradoxes, the South Korean drama Sisyphus will change your tune. It stands out against the zombie-oriented roster of South Korean sci-fi with intricate time loops that follow a figure crucial to the creation of time travel. It’s a thought-provoking and emotional journey that involves a tangle of relationships crisscrossing through time.

Set in a dystopian near future after a nuclear apocalypse, people can transport themselves back in time at a steep price. Gang Seo-hae (Park Shin-Hye) goes back to save Han Tae-sul (Cho Sueng-Woo), the engineer who would invent time travel and make this whole process possible to begin with.

THE RULES OF TIME TRAVEL is an Inverse special issue exploring the evolution of science fiction's most imaginative sub-genre. From Marty McFly to Avengers: Endgame.

While the technology isn’t fully explained, it’s a departure from the typical wormhole or quantum nonsense that most sci-fi movies use to handwave away their time shenanigans. Here, in the tough post-apocalyptic world Seo-hae comes from, people “download” themselves into the past via a process that relies on the FOS protein, which governs the body’s biometric clock.

If the download fails — and it often does — it causes a messy error. Because of the danger, most people who take the risk are fueled by the desire to fix something they regret. This emotional drive is one of the main threads of the series, and it creates a time loop that unravels as the story progresses. That raises a question: Does time travel uphold the timeline, or is time susceptible to changes based on our whims?

The former is like Terminator, the latter is like the branching paths of Marvel’s multiverse. Sisyphus takes a different approach, where the future is an echo of a mutable past. There are no parallel universes, and every moment is constantly in flux. This results in time loops overwriting each other, and it’s thrilling to figure out which loop the current story rests on.

While the setting of the series gives the characters more freedom to change their fate, this only works if they can outwit the enemy. Seo-hae and Tae-sul are up against Sigma, a mysterious man who monopolizes the time travel business in the present and future through his vast wealth and knowledge of the past.

But the most intriguing aspect of this time travel technology is that the downloaded future version of a person is considered a copy. The copy can’t get too close to the original, because two files can’t exist in the same space at the same time. This leads to the paradox of one copy being erased and adds an extra level of danger for all time travelers.

The name of the series might seem disconnected, but the Greek myth of Sisyphus, who cheated dying twice and was sentenced by Zeus to roll a boulder up the same hill every day, ties to the core of the plot. It’s a reflection of the Möbius strip the characters are trapped in, trying to use time travel to break the cycle even as time travel is what got them stuck in the first place.

The series makes for a good binge, even if the ending doesn’t quite live up to the twists and turns that it takes to arrive there. But what’s more important are the surprisingly thought-provoking questions it raises about how we see ourselves and how we try to change the world we occupy.

Sisyphus is streaming on Netflix.

You need to watch the most unique time-travel epic ASAP
'Avengers: Endgame' doesn't need any more recognition, but its handling of time travel and the metaphor of reconciling with the…

Re:Zero subverts the tired rules of fantasy anime to create a world with adorable magical girls and psychological turmoil at…

Forget the famous '90s movie, the SyFy '12 Monkeys' reboot changed everything. Here's why it's worth a look if you've…