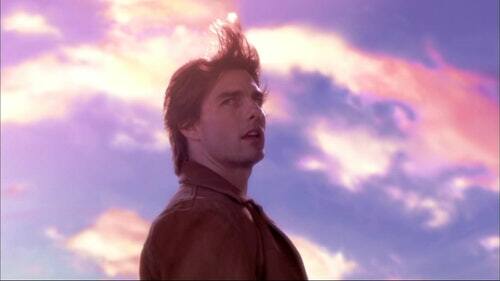 Cameron Crowe is mostly known for writing and directing some of the most beloved romances and coming-of-age movies of the past 40 years. And it’s not hard to see why.

Given the success of films like Jerry Maguire and Almost Famous, the thought of Crowe venturing into science fiction may seem a bit strange — at least, at first.

And that’s what Crowe did with 2001’s Vanilla Sky, the film that reunited him with his Jerry Maguire star Tom Cruise. An adaptation of Alejandro Amenábar's 1997 film, Open Your Eyes, Crowe’s film is an ambitious cross between a traditional romance movie, a sci-fi fantasy, and a psychological thriller. It’s considerably weirder than anything else that Crowe has ever made, and that may be why it proved to be so divisive amongst film critics when it was first released.

In 2021, however, Vanilla Sky’s strengths are more apparent now than they may have been 20 years ago. It’s one of the most underrated sci-fi films of the early 2000s and well worth either revisiting or checking out for the first time on HBO Max.

The opening minutes of Vanilla Sky are unforgettable. The film starts like many others, with an attractive but vain man waking up from bed and running through his morning routine (which includes checking himself in the bathroom mirror for any gray hairs), before taking off for a drive into the city. Things begin to take a turn, though, when the man (and us) begin to realize the New York City streets he’s driving through are completely deserted except for him.

This all comes to a head when he reaches a totally empty Times Square. Confused and alarmed, the man begins sprinting through the street, trying to outrun his own reality, only to wake up again in his bed moments later.

It’s an unexpected and trippy prologue, but it perfectly sets the stage for the back half of Vanilla Sky, which sees its arrogant protagonist (played expertly by Tom Cruise) slowly come to realize the truth of his existence may be far more complicated than he ever could imagine. It’s a journey that sees him, amongst other things, fall in love with a beautiful and kind woman (played by Penélope Cruz), become disfigured as the result of a dangerous car accident, and end up in prison for a crime that may or may not have actually happened.

If that sounds like a lot for one movie to try and fit into a 137-minute runtime, that’s because it is. It’s also — and this is important to note — intended to be that way. Crowe uses all of the twists, turns, and different timelines in Vanilla Sky to heighten its disorienting quality — right up until the moment when all of the film’s hanging threads come together, and the tragic, emotional truth of its story is finally revealed to us.

What remains is a film that’s more moving than it probably has any right to be. Its messy, human emotions are all beautifully brought to life by the work of the film’s A-list cast. Penélope Cruz has, perhaps, never been more charming on-screen than she is in this.

Tonally and structurally, it’s without a doubt the most ambitious film Crowe has ever made. Still, underneath all of its various tricks and genre homages is ultimately a story about regret and coming to terms with the choices we’ve made — no matter how much we may wish that we hadn’t.