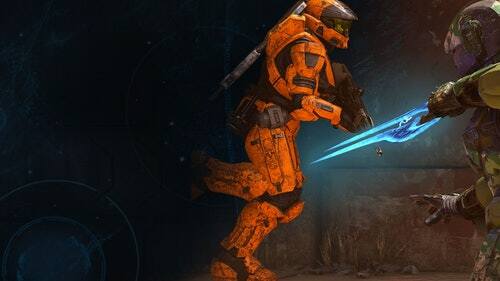 They say the best things in life are free. Typically they’re talking about things like sunsets and hugs and the feeling you get watching pimple-popping videos. Strangely, this maxim does not hold true for video games. In many instances, free games are among the worst things in life largely due to the not-freeness of cosmetic add-ons, XP boosts, and gacha mechanics. Every now and then, though, a free game emerges that is even more satisfying than watching freshly squeezed pus.

Halo: Infinite is Microsoft’s marquee first-party exclusive and a return to form for developer 343 Industries. The story campaign launches on December 8 but, as part of its Xbox 20th Anniversary Celebration, Microsoft released a beta version of its multiplayer for free to anyone with an Xbox One, Series X, or PC. And the people responded. It instantly ascended the Steam charts, showing 250,000 concurrent players within hours of launch. That doesn’t account for players on Xbox Game Pass, where we can assume the game is also quite popular.

Here’s why you need to play it ASAP.

First and foremost, it’s fun. Like, a lot of fun.

Even if you’re not a ranked play FPS-devotee, Halo: Infinite’s multiplayer sets you up to win in ways big and small. This is in large part due to two things. One, Halo’s health system is slightly different from many of the most-popular FPS multiplayer games. You have a shield and health, not just health, which gives newcomers a literal fighting chance. When you’re trying to get your bearings and start getting blasted by some spawn-camping punk with a battle rifle, a cacophony of cues kicks in and your controller shakes, your screen flashes and warning alarms blare. It's enough to summon a startle reflex, buying you precious seconds to find some cover. This translates to firefights too, with the slightly slower pace allowing for plenty of near-death comebacks.

Play through enough random games and you’ll find yourself in more than just the traditional deathmatches. There’s capture the flag (CTF), self-explanatory. Stronghold, essentially a king of the hill-style game where teams compete to hold different zones on the map. Stockpile, which is like CTF but instead of flags you stockpile randomly scattered energy seeds at your base (and steal them from your opponents). There are a few more modes as well, but my point is that Halo Infinite offers players who may not be great at shooting a chance to contribute in a shooting game. You can drive the vehicle that escorts your team’s flag carrier to victory or cower in the corner of a zone to hold territory in Stronghold. You can feel like a winner by just standing still.

Of course, if you love first-person shooters then you’re probably familiar with Halo already, as it is one of the gold standards for console gunplay. And Halo: Infinite does not disappoint.

Well-designed maps play a key role in delivering frenzied action interspersed with just enough breathing room to let you maintain and savor your momentum. Especially in the objective-based modes where, sure, maybe your K/D ratio is trash but you got three eliminations at a crucial time thanks to a beautifully tossed grenade and the edge you gained from remapping the melee strike to your preferred button.

You’ll also be given plenty of toys. Weapons and vehicles are placed strategically so you can usually find something if you keep your eyes open, but your starting weapons aren’t trash either. The result is mostly close-quarters chaos until you stumble on a vehicle or power weapon and go on a tear.

This is probably the biggest reason to play ASAP: It’s new! Gameplay hasn't reached that level yet where everyone but you knows where every good weapon is and you’re outclassed all the time. Even though it’s new, it runs perfectly. There have been very few issues or outages preventing players from logging in. Could that change? Sure. But 343 and Microsoft deserve a lot of credit for surprise-launching an insanely popular game ahead of schedule and it just works.

This is your chance to get in on the ground floor of what will be an incredibly popular multiplayer experience, so a year from now when new players are still coming in droves you can be the spawn-camping punk with a battle rifle.

Halo: Infinite multiplayer is available now on Xbox and PC. The full game (including an amazing campaign) launches on December 8.