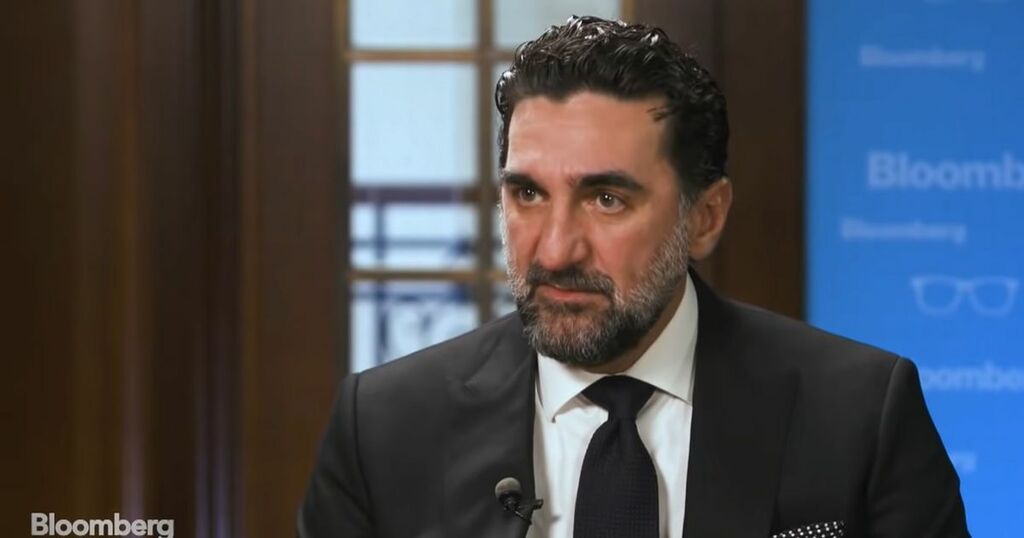 If you ever want to get Yasir Al-Rumayyan's attention, just mention the word golf. Seriously. Newcastle United's newly-appointed non-executive chairman plays off a handicap of 12 and counts former world number one Dustin Johnson as a friend. To say he is obsessed with the game is an understatement.

You can see why one source told ChronicleLive that 'you'll be surprised how normal he is'. Al-Rumayyan may be the governor of Saudi Arabia's Public Investment Fund, but the 51-year-old has been described by various contacts as 'good fun' as well as 'super smart'.

Although few of those who have dealt with Al-Rumayyan have been willing to go on the record just yet, Martin Gilbert, the founder of Aberdeen Asset Management, was only too happy to speak about his experience.

"I've known him since he was made head of the PIF," Gilbert previously told ChronicleLive. "He's a good guy. Obviously, he's hugely busy being chairman of Aramco, head of the sovereign wealth fund and all these things.

"He's relaxed - he knows what he's doing - and he loves sport so I would be very surprised if he didn't appear at matches. He loves golf and is chairman of the Saudi Golf Association. He is a competitive player.”

While Al-Rumayyan is a new name in Premier League circles, the Saudi already has extensive experience of dealing with figures in the west and even enrolled on one of the first general management programmes at Harvard Business School back in 2007.

The course was 'designed to shape the future of outstanding leaders' and, having already worked as head of international brokerage at Saudi Hollandi Bank and as head of securities listings at Capital Market Authority (CMA), Al-Rumayyan later took up a position as CEO at Gulf Investments Company

Al-Rumayyan eventually returned to CMA as their director of corporate finance in 2008 before landing roles on the boards of both Tadawul and Saudi Fransi Capital.

It was during his time as CEO at Saudi Fransi that Al-Rumayyan helped to turn the financial services provider into one of the most profitable investment banking companies in the Middle East - and that did not go unnoticed.

Al-Rumayyan duly got the call to meet Saudi Crown Prince Mohammed bin Salman and, within a week, was told he would need to start work immediately.

Initially brought in as an adviser to the general secretariat of the cabinet of ministers, Al-Rumayyan was tasked with finding a governor for the PIF. Despite putting dozens of names forward, he ended up fulfilling the role himself.

Although Al-Rumayyan is also the chairman of the board of Saudi Aramco, the state oil company, it is his role with the PIF that takes up most of his time and he will keep a close eye on Newcastle from afar.

Assets under the PIF's management have more than doubled to over $450billion since Al-Rumayyan's appointment and, according to figures released in December, the number of staff has jumped from 40 to more than 1,300 employees.

PIF's long-term goal is to become the largest sovereign wealth fund in the world as Saudi Arabia looks to diversify its economy and ease the reliance on a volatile oil market.

Given the vast amount of money set aside for investment in sport, owning a football club was always on the agenda and, for the first time since 2017, Saudi citizens will be able to watch Newcastle legally because a ban on beIN SPORTS is finally set be lifted.

It was this ban and concerns over who was going to be the club's ultimate beneficial owner which ultimately worried the Premier League the most rather than the Kingdom's appalling human rights record.

Just as the Saudis have used golf to try and improve the nation's image abroad - the Kingdom has hosted its own European tour event in King Abdullah Economic City for the last three years - this takeover will rightly lead to some uncomfortable questions about sportswashing.

Newcastle United, in so many ways, will never be the same again.