‘You don’t look at all creepy’: Steve Bannon accused of secretly coaching Jeffrey Epstein on how to handle the media 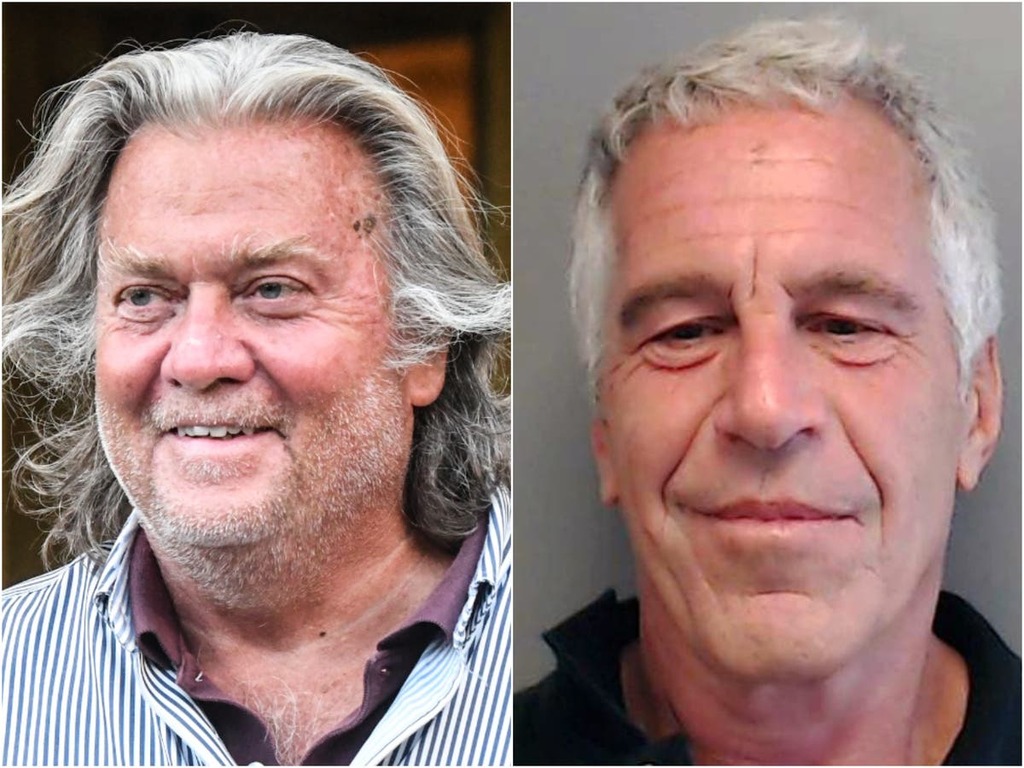 Former Chief Strategist in the Trump White House, Steve Bannon, has been accused of serving as a media coach for disgraced financier and convicted sex offender Jeffrey Epstein in the months before he was arrested.

Ahead of a planned interview with 60 Minutes that in the end would never occur, Epstein was sitting in the study of his New York City mansion with a camera aimed at him, practising for his broadcast appearance.

Mr Bannon, who was appointed as the chief executive officer of the Trump campaign in August 2016, was both asking Epstein questions during the mock interview and coaching him on how he should approach it, according to the book Too Famous: The Rich, the Powerful, the Wishful, the Notorious, the Damned by writer Michael Wolff.

Mr Wolff writes that Mr Bannon told Epstein that he should look into the camera at times to avoid looking stupid and that he shouldn’t speak about his racist theories concerning how Black people learn.

Mr Bannon told Epstein that he needed to stay on message – that he was not a paedophile.

Epstein was arrested on 6 July 2019 on federal charges for sex trafficking of minors in Florida and New York. He died in his jail cell on 10 August 2019, and the medical examiner ruled that the death was a suicide.

Mr Wolff’s book is due to be released next month, and the episode with Epstein was confirmed by Mr Bannon in a statement to The New York Times. He told the paper that he had urged Epstein to speak to 60 Minutes and that he had recorded more than 15 hours of interviews with him.

But Mr Bannon pushed back on the transcript provided by Mr Wolff. Mr Bannon has made 15 documentaries and told The New York Times that he “never media-trained anyone,” adding that the sit down with Epstein was meant to be a part of an unannounced documentary, between eight and 10 hours in length. The documentary was meant to show how Epstein’s “perversions and depravity toward young women were part of a life that was systematically supported, encouraged and rewarded by a global establishment that dined off his money and his influence”.

Mr Bannon served as a source that spoke on the record for Mr Wolff’s 2018 book Fire and Fury about the Trump administration.

Mr Wolff used transcripts of what Epstein appeared to think was practice interviews to find out what Mr Bannon said during the interactions, but wouldn’t reveal the source of the transcripts to New York Times media columnist Ben Smith.