‘You Can Feel the Fear’: U.K. Borrowers Face Up to a Broken Mortgage Market

LOUGHTON, England — After nearly two decades of renting in one of the world’s most expensive cities, the Szostek family began the week almost certain that they would finally own a home.

Transplants to London who fell in love as housemates, Laetitia Anne, an operations manager from France, and her husband, Maciej Szostek, a chef from Poland, had long dreamed of being homeowners. They had waited out the uncertain pandemic years and worked overtime shifts to save up for the deposit for a mortgage on a three-bedroom apartment in a neighborhood outside London. Their 13-year-old twins were excited they could finally paint the walls.

That was before British financial markets were upended, with the pound briefly hitting a record low against the dollar Monday and interest rates soaring so rapidly that the Bank of England was forced to intervene to restore order. The economic situation was so volatile that some mortgage lenders temporarily withdrew many products.

By Tuesday evening, the Szostek family had learned the bad news: The loan that they were close to securing had fallen through. Suddenly, they were scrambling to find another lender as interest rates climb higher.

“It’s so hard even for us to become owners,” said Anne, 40, who added it felt as if all the couple’s years of hard work were evaporating in that moment. “Why should I carry on like this?”

With property prices skyrocketing in recent years and interest rates remaining low, homeownership in Britain was once a path to prosperity for lower- and middle-income families, offering a tangible asset that seemed likely to appreciate, as well as a place to call their own.

Rising home prices and income inequality priced many out of the market, but for strivers who aspired to homeownership, the latest ruptures to the economy hit hard. The release of the new government’s sweeping plan for debt-funded tax cuts led to a big uptick in interest rates this week that roiled the mortgage market. Many homeowners are calculating their potential future mortgage payments with alarm, amid soaring energy and food prices and a general cost-of-living crisis.

Before they were informed they were no longer eligible, Anne and Szostek had been in the final stages of applying for a five-year fixed-rate mortgage on an apartment priced at 519,000 pounds, or around $576,000. It was in the leafy parish of Loughton, a town about 40 minutes north of London by train where the streets fill with students in the afternoon and the properties span from lower-end apartments to million-pound mansions.

While fixed-rate mortgages, ranging from two- to 10-year terms, are common in Britain, insulating many households for the moment, rising rates more immediately threaten first-time homebuyers and those on variable-rate mortgages, which account for around one-quarter of all mortgages, according to the Financial Conduct Authority. And more than one-third of all mortgages are on fixed rates that expire within the next two years, most likely exposing those borrowers to higher rates, too. By contrast, the vast majority of mortgages in the United States are locked in for 30-year fixed terms.

And the abrupt surge in interest rates could threaten to set off a housing market crisis, analysts at Oxford Economics wrote in a note Friday, adding that if mortgage rates stayed at the levels now being offered, that would suggest that house prices were around 30% overvalued “based on the affordability of mortgage payment.”

“This just adds a significant further strain to finances in the order of hundreds of pounds a month,” said David Sturrock, a senior research economist at the Institute for Fiscal Studies, adding that the squeeze on household budgets will affect the broader economy.

Uncertainty and even panic were clear this week, with many homeowners seeking financial advice. Mortgage brokers said they were receiving a higher volume of inquiries than normal from people stressed about refinancing their loans.

“You can feel the fear in people’s voices,” said Caroline Opie, a mortgage broker working with Anne who said she had not seen this level of worry in a long time. One couple this week even called her the morning of their wedding, she said, to set an appointment to refinance their mortgage next week.

For Juliet Young, 54, her husband’s terminal cancer diagnosis had left the family relying on her salary working as an accountant in Liverpool. Now Young has been consumed with what will happen at the end of the year when a refinancing of her 2017 loan could double her mortgage payment if interest rates rise as expected. And that is on top of anticipated increases in her energy bills.

“I feel like I’ve done everything right,” Young said. “I’ve played by the rules,” she said, adding that she felt she had no control over what had been a compounding series of stresses. “It’s just one thing on top of another — on top of another.”

The times feel “Dickensian,” said Rob Cowlin, 35, who will need to renegotiate his mortgage in the next two weeks and calculated that his monthly mortgage for a home in Essex, in southeastern England, could go to more than 2,000 pounds a month from 1,300 pounds. Even with a job in information technology, Cowlin said he was lighting candles and wearing coats instead of using the radiator to cut costs. “You’re paying to stay alive — food, energy, house,” he said.

“If that’s happening to me, it’s going to be way worse on people who earn less,” he added.

With a supply of homes far lower than demand, house prices in Britain in recent decades have surged to become among the most expensive in the world, while interest rates have remained relatively low.

“It’s like the Bay Area on steroids, in that we have an incredibly inelastic supply,” said Paul Cheshire, an emeritus professor of economic geography at the London School of Economics. Institutions in recent times, he said, had also created financial regulations to prevent people from borrowing too much.

Still, economists said the decisions of lenders to withdraw products suddenly this week was an expression of the extraordinary uncertainty in the financial markets as banks and other lenders tried to assess the path of interest rates amid wrenching volatility.

“It’s changing in front of their eyes,” said Cheshire, calling it “almost unprecedented.”

Lenders rapidly pulled mortgage products from the market, removing about 40% of them by Thursday morning.

“Predicting the future is really a best guess,” said Ian Cleverley, a sales manager at Douglas Allen Estate Agents in Loughton, who said he had never seen such a confluence of negative economic factors, including the coronavirus pandemic and the war in Ukraine.

“Something has got to give,” he said. “Prices are too high anyway.”

To save for the deposit, Szostek, 37, picked up construction shifts and cleaning jobs when restaurants closed during COVID-19 lockdowns. A 5,000 pound inheritance from Anne’s grandfather went into their deposit fund. At a 3.99% interest rate, the mortgage repayments were set to be about 2,200 pounds a month.

“I wanted to feel at home for real,” said Anne, adding she would have been the first in her family to own a property. Szostek called it “a lifelong dream.”

On Wednesday night, that dream still seemed in reach: The mortgage dealer, Opie, had found another loan, which they rushed to apply for.

The higher interest rate — 4.6% — will mean their new monthly mortgage payment will be 2,400 pounds, the upper limit of what the Szostek family can afford. Still, they felt lucky to secure anything at all, hoping it will mean their promises to their children — of bigger bedrooms, more space, freedom to decorate how they like — will materialize.

They would wait to celebrate, Szostek said, until they had the keys in hand. 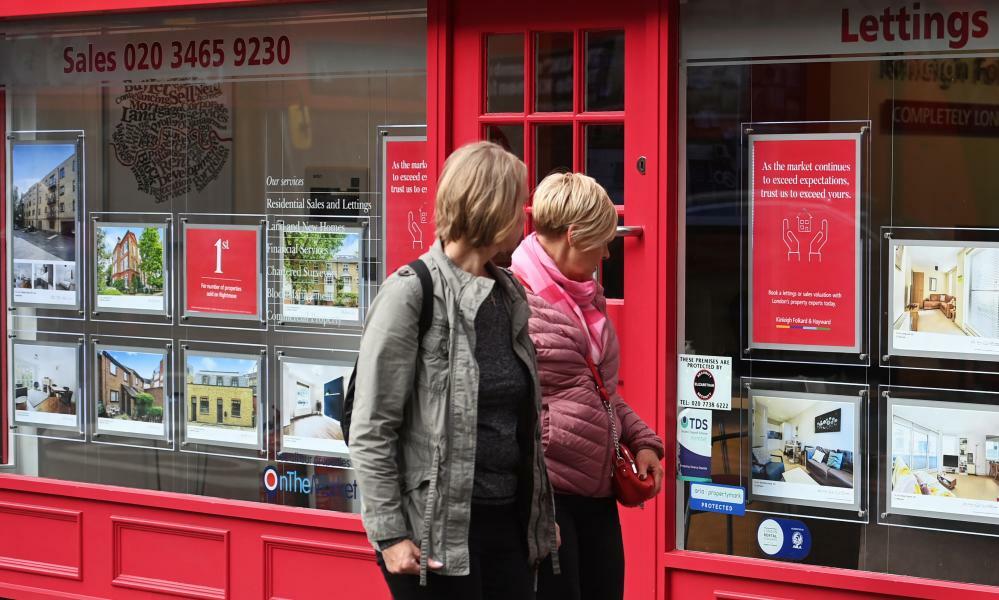 The Guardian - UK
From analysis to the latest developments in health, read the most diverse news in one place.
What is happening to the economy explained - from mortgages to pensions

Chancellor Kwasi Kwarteng's mini-Budget kick-started a chaotic chain of events that are now affecting everything from mortgages to pensions, with many homeloans pulled from the market and deals cancelled

So-called mortgage prisoners are stuck paying home loan rates far above average, and are now facing even higher bills as lenders pull deals and hike their prices to homeowners

Mortgage rates are rising, as markets continue to react to the Mini-Budget. We explain what to do next if you can't pay your mortgage and what to do if you're worried about being in arrears

Daily Mirror
One place to find news on any topic, from hundreds of sites.
Mortgage repayments calculator - how much you could pay monthly as interest rates rise predicted