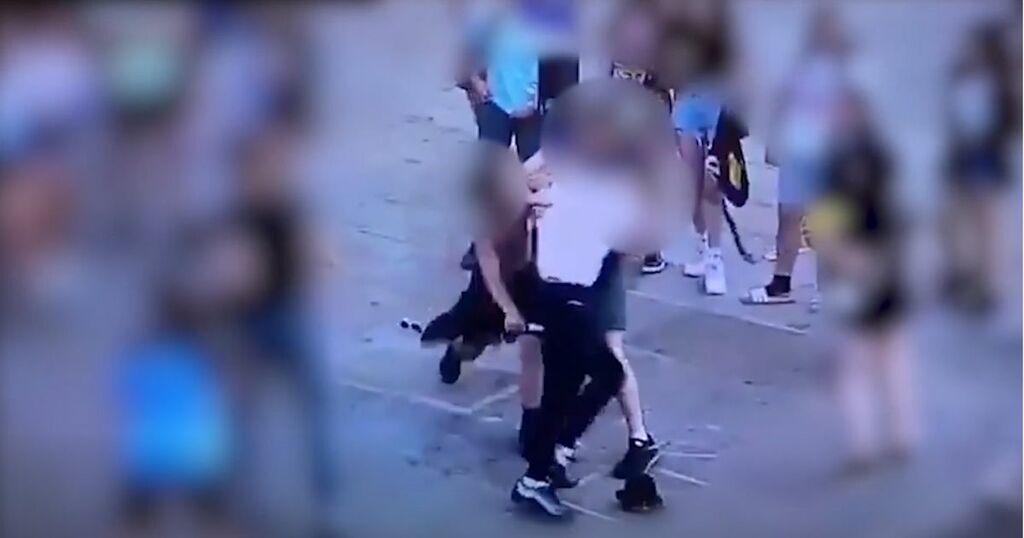 A yob who stabbed two boys at the Albert Dock has flouted his court-imposed curfew.

The 14-year-old, who cannot be named for legal reasons, appeared at Liverpool Youth Court on August 10 this year after he knifed two 15-year-olds in the buttocks during a fight.

CCTV footage showed the boy pull the black knife with a jagged edge from a backpack and stab the "complete strangers".

He was knocked down after being punched by one of his victims, after which they were able to escape and seek help from members of the public in Liverpool ONE.

The teen, from Walton, appeared today at court having been produced from custody, which he was taken into after breaching the condition of his bail.

By being at the train station after 8pm he breached his curfew which required him to be at home between 7pm and 7am.

Laurence Lee, defending, said: "I think he went out for the day and intended to be home well before the curfew but had difficulty with transport."

He said the boy didn't repeatedly breach bail conditions and urged the judge to allow the boy to be bailed again.

Ms Chandler explained following the stabbing at the Albert Dock the two victims were taken to Alder Hey Children's Hospital where they were treated and discharged the same day.

At a previous court hearing the boy admitted possession of a bladed article and two counts of wounding with intent on Friday, July 23 this year.

Ms Chandler said police were contacted by "several members of the public" about a "large group incident" near the Pump House and reports a boy had been stabbed.

She said the two victims were kicking a football between them when the teen "asked for a kick of their ball" and when they said no he "then called them gay".

Victim A, who was walking slightly ahead, said he heard these remarks, saw the group confronting Victim B, and feared there would be an attack.

A boy in a blue T-shirt asked them both "do you have a problem?", but when they said "no", this boy threw a punch at Victim B, who threw punches back to defend himself.

The court heard Victim B was unaware that the defendant had pulled a knife out and "stabbed him several times in the buttocks" and only realised he had been knifed after the fight.

Ms Chandler said Victim A punched the boy, but the yob then lunged at him and stabbed Victim A.

His victim punched the boy again, knocking him to the ground and "giving him time to escape".

Mr Lee, defending, said the 14-year-old had no previous convictions and said "he should be grateful the injuries were not a lot more serious.

He added the boy, who has been diagnosed with ADHD, "cooperated 100%" with a probation report and urged the judge to retain the matter at the Youth Court for sentence, where the maximum sentencing powers are a two year youth detention order.

The judge said the stabbings were a "deliberate act" and added that the probation report deemed him a "high risk of serious harm to others".

District Judge Clarke said it was a "significant finding" and "very unusual for that to be seen in a report, particularly of someone with very limited involvement of the criminal justice system".

The judge said: "I take the view that in light of the sentencing powers available to this court and that risk assessment, my powers today aren't adequate to deal with this case."

The boy was released on conditional bail until his next court date on October 5 at Liverpool Crown Court.