When the weather's bad, the economy's hitting headwinds, and the country's 'in the crapper', who do you turn to for wisdom, insight and comfort? James Elliott's not sure Hosking, Tame or Seymour were the right answers

I’m not an economist. So said Mike Hosking this morning just before he told Grant Robertson that it was delusional to say that inflation has peaked at 6.9 percent, that Treasury is famous for getting its economic forecasts wrong, and that “we’re in the crapper” when it comes to national debt. All of which left one unanswered question in the mind of this listener – which is rising faster, inflation or Mike’s blood pressure?

I’m not an economist, either, so obviously it behooves me to weigh in with my own expert analysis of yesterday’s budget announcement - starting with the confession that I watched live TV coverage of Grant Robertson’s speech and the accompanying boffin broadcasts on 1 News and Three’s Newshub. In my defence it was raining and I couldn’t get outside to check on how much the snails are enjoying the winter vegetables that I have apparently planted for them.

The singularly most important component of any budget is, of course, its nickname. The best budget nickname by far is Ruth Richardson’s “The Mother of All Budgets” from 1991. It’s doubtful the mother of all nicknames will ever be bested, particularly if yesterday’s efforts are anything to go by. Grant Robertson said it was Team Red’s fourth “Wellbeing Budget” oblivious to the convention that the Government doesn’t get to nickname its own budget, the Opposition does. However, based on their efforts yesterday it seems that the oppositional Team Blue and Team Yellow were also oblivious to that convention, both opting for lazy alliterations. Team Blue went for “The Backwards Budget” and Team Yellow went for “The Brain Drain Budget”. Had they been thinking rhyme instead of alliteration they might have landed on “The Fudge It Budget”, which is the budget where you give low income earners the equivalent of a tax cut without actually giving them a tax cut, and you introduce a back alley shell game to work out how to calculate national debt.

A part of the fudge was the nudge of the fuel tax cuts out for another two months. I thought the specific mention of petrol signalled a return to a 1970s style budget and that Grant Robertson would follow that up with a price freeze on ciggies and booze and then sit down. I was wrong.

My TV highlight was watching Team Yellow leader David Seymour make his pitch for “The Brain Drain Budget” while also pitching Team Yellow’s alternative budget. He even had his own copy of said alternative budget that he brought in and out of camera shot like a time share salesman reluctant to hand over a dodgy prospectus. He started with the Eminemesque line that the Government had “one shot, one opportunity” to stop the brain drain but then lost himself in the moment when he claimed that Team Red’s “insatiable appetite for spending” was driving inflation. He was snapped back to reality by TV panellist Shamubeel Eaqub, who actually is an economist, who said Seymour was “economically illiterate” and the claim that Government spending was driving inflation was “simply not true”.

What is true is Mums are going to be paying more and more for their spaghetti for some time yet due to what Newshub’s Conor Whitten described as “the raging monster of inflation”. You might discern from this that I spent more time watching Newshub than 1 News and you’d be right. I did try 1 News but I developed an uneasy feeling that Jack Tame is slowly morphing into, you guessed it, Mike Hosking, albeit in human form. When he started speaking in Hoskingese, that “health spending is a bottomless pit” I had an involuntary poltergeist premonition and switched back to Newshub just in time to catch what I thought was an infomercial for a new diet fad that was going to deliver results by dealing to my “squeezed middle”.

In fact it wasn’t an infomercial, it was Team Blue’s Nicola Willis saying how concerned Team Blue is for the squeezed middle class. So much so that you can expect “squeezed middle” to be Team Blue’s number one hashtag between now and next year’s election.

Team Blue is not alone in this. Concern for the “squeezed middle” has been around for a while. In 2019 the OECD produced a report titled “Under Pressure: The Squeezed Middle Class” which outlined that, around the world, the middle class is struggling to maintain its economic weight, which is of particular concern because a stable middle class is the “core of a successful economy and cohesive society”. Francis Fukuyama articulated the concern in more existential terms in 2014 when he wrote that “the presence of a prosperous middle class is an important component of a stable liberal democracy”.

All of which begs the question - if the middle is being squeezed then what’s happening to those who are lower than middle, and how should we feel about that?

Have a peaceful weekend. 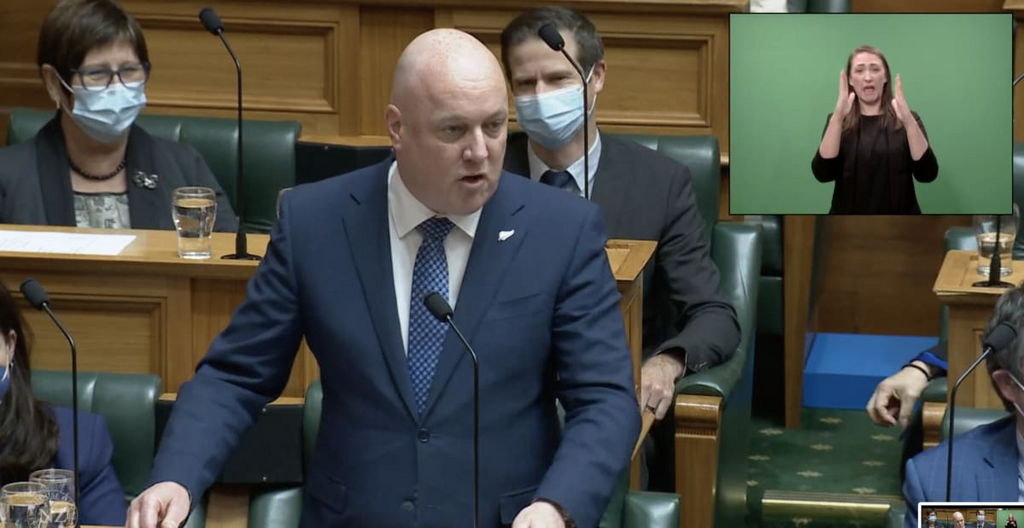 One step forward or two steps back? MPs react to budget
A polarising Budget saw strong debates in Parliament this afternoon, as MPs from both ends of the political continuum laid…

Newsroom.co.nz
One subscription that gives you access to news from hundreds of sites
New Zealand budget 2022: Ardern offers $1bn in sweeteners to tackle cost of living ‘storm’