When I was a teenager I used to try and clean my pores. At the time, I didn’t know that they were full of microscopic arachnids, a.k.a. mites. Apparently, though, these creatures live in human hair follicles. Everyone has them, and they don’t wash away. A new study reveals more about what these mites are up to.

This is an adapted version of the Inverse Daily newsletter for Friday, June 23, 2022. Subscribe for free and learn something new every day.

Happy weekend, folks. Sorry to freak you out first — but don’t worry, the face mites are harmless! Just another fascinating science story that proves that life flourishes where you least expect it.

How much does a black hole weigh? The James Webb Space Telescope is about to find out.

Next month, NASA’s new infrared telescope will release its first images. Once they’re here, Webb will help astronomers “weigh” the supermassive black hole at the heart of the nearby spiral galaxy NGC 4151 — also nicknamed the Eye of Sauron from the Lord of the Rings trilogy.

How does that work? Webb’s Near InfraRed Spectrograph (NIRSpec) instrument will measure how quickly the NGC 4151 galaxy’s innermost stars orbit the galaxy’s center. That information will help astrophysicists calculate the mass of the black hole, because the faster the stars orbit, the more massive the black hole is.

Accurate masses for active black holes like NGC 4151’s will help astronomers build more accurate models of how galaxies form and evolve — which is one of Webb’s four main science themes.

Scientists looked into the microscopic mites living in your pores

Don’t panic. Microscopic arachnoids are all over your face. They’re called mites, a.k.a. Demodex folliculorum, and they live inside your pores.

In a new study in Molecular Biology and Evolution, researchers dug into the DNA of these follicular mites and found a trove of information about their anatomy, behavior, and evolution. From egg to larva to full-grown adult, these eight-legged creatures live only a few weeks. They spend their lives eating, mating, and laying eggs, all inside your hair follicles, from which they only emerge at night.

Demodex are fairly ubiquitous and mostly harmless, if not beneficial. They only cause skin disease when present in large quantities. Now that scientists have sequenced the mite’s genome, they may be able to develop better treatments for the skin conditions that can arise when they run amok.

Meet the creatures in your pores.

7 optical illusions that reveal how your brain perceives reality

We noticed that the optical illusions in yesterday’s Inverse Daily were a hit. So, you mind trippers, please enjoy 7 more.

These come from Dr. Akiyoshi Kitaoka, a psychologist from Ritsumeikan University in Japan. Kitaoka is one of the most well known researchers in the field of optical illusions.

His colorful, geometric images become windows of motion. Some shimmy, others expand. One disappears. It’s good fun, and also fascinating science. For Kitaoka, studying the effects of optical illusions is mind research, offering a deeper understanding of human perception.

Go ahead, take a look. But be warned — you may not believe your eyes.

Season 3 of Netflix’s Umbrella Academy, a time travel superhero show of epic proportions, just dropped this week. We think you’ll want to binge it by Sunday.

At the end of Season 2, some fans worried because the show had caught up with the comics that inspired it. Would the show writers go too far when moving beyond the source material? Luckily not, says Inverse writer Jake Kleinman in his review. He assures us that Season 3 has a “reliably apocalyptic plotline.”

We can thank Umbrella Academy showrunner Steve Blackman for that. He clearly has a good handle on where to take the series, even without the comics to pull from directly. “I'd like not to get too ahead of the comics,” he told Inverse. “I don't want the show to eventually completely go off to a corner that doesn't match anything they're doing.” 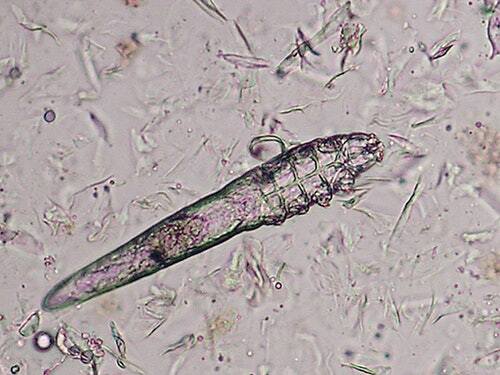 Yes, there are mites living on your face — and they can poop, a new study finds
In a new paper, researchers dug into the DNA of follicular mites and found a trove of new information.

Inverse
One subscription that gives you access to news from hundreds of sites
Black holes: The Webb telescope is about to gaze into the "Eye of Sauron" 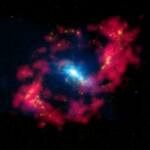 Sometime this summer, the James Webb Space Telescope will help astronomers "weigh" the supermassive black hole at the center of…

The US rap star headlined the main stage on the last night of the festival, while Pet Shop Boys, Charli…