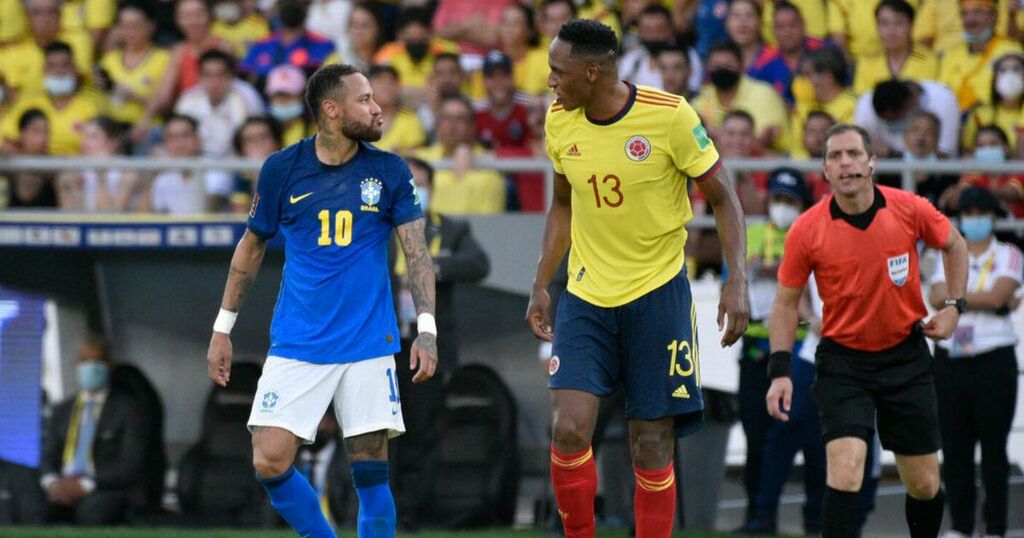 Yerry Mina has continued an interesting trend while on international duty over the course of the last week.

The Everton defender has began the campaign in strong fashion, already setting himself up as a crucial member of Rafa Benitez's defensive line.

Supporters have been delighted to see the form that the Colombia international has shown so far, but have also noticed an interesting trend developing throughout those performances.

The centre-back's display against Leeds United back in August has shown the most obvious example of the trend thus far, with Mina having a long-standing battle against Patrick Bamford throughout.

The pair clashed for almost the whole 90 minutes during the 2-2 draw and particularly came head-to-head in one incident during the first half at Elland Road.

However the 27-year-old has taken on a number of other opponents throughout the campaign, particularly attempting to get under the skin of Ollie Watkins against Aston Villa last month.

And Evertonians have been happy to see the trend continue over the course of the international break.

Colombia have taken on tough fixtures against Uruguay and Brazil over the past few days and kept clean sheets in both matches, securing 0-0 draws from them.

But Blues fans have particularly been focused on Mina and his ability to rub opponents up the wrong way.

The defender was pictured from Sunday night's match getting up close and personal with Paris Saint-Germain star Neymar, having done the same with former Barcelona man Luis Suarez in his country's previous match.

Of course, this isn't the first time that Mina has done this for his country.

Over the summer, the centre-back was taunted by Lionel Messi after Argentina beat Colombia in the semi final of the Copa America in Brazil.

After missing his penalty in that match, having danced when scoring his spot kick against Uruguay in the previous round, Messi could be seen shouting in the direction of the Everton man.

Blues fans have been reacting to the latest pictures of Mina's antics throughout Monday and are happy to see the defender keeping up that aspect of his game.

The Colombia international has been one of Everton's best players throughout the campaign so far and many believe that getting under the skin of his opponents could be one solid reason behind his form.

The Blues are back in action against West Ham United on Sunday with Mina able to take part in the game, despite travelling back from a red list country.

As the defender has been double-vaccinated, as recently confirmed by Benitez, he qualifies for special conditions agreed by the Premier League and the Government recently.

Players will quarantine at "bespoke facilities" on their return and will be allowed to both train and play under the new conditions, confirmed by the Government at the beginning of the month.