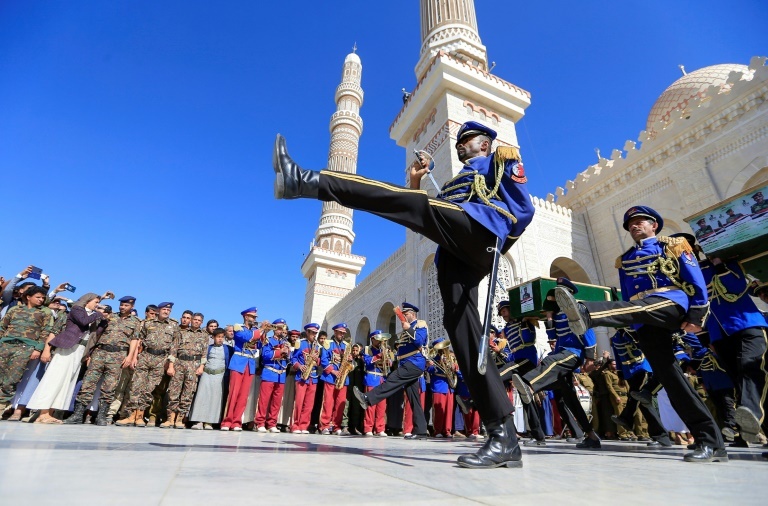 Dubai (AFP) - Pro-government forces in Yemen backed by a Saudi-led military coalition said Monday they had seized control of the northern oil province of Shabwa from Iran-backed Huthi rebels.

Government forces and Huthi rebels have been locked for months in a fierce battle in northern Yemen with heavy fighting in the oil and gas rich Marib and Shabwa provinces.

The pro-government Giants Brigade, who are backed by the Saudis and the United Arab Emirates, announced in a statement the "liberation of the district of Ain" after a 10-day assault, which it said had been the last area of the province left in Huthi control.

The rebels began a major push to seize the government's last northern stronghold in Marib and Shabwa last February and, after a lull, they renewed their offensive in September, when they seized districts in Shabwa.

But the Giants Brigade, a force of an estimated 15,000 fighters, had launched a pushback, announcing last month that troop reinforcements had been sent to bolster positions in Shabwa.

"All the districts of the province of Shabwa have been totally liberated," the statement added.

"We thank the heroes of the Giants Brigade...and we thank the Arab coalition led by Saudi Arabia and the support of the United Arab Emirates".

The Huthis, who belong to a minority Shiite sect of Islam, fought six wars against Yemen's government from 2004 to 2010.

Yemen's civil war began in 2014 when the Huthis seized the capital Sanaa, prompting Saudi-led forces to intervene to prop up the government the following year.

The UN has estimated the war killed 377,000 people by the end of 2021, both directly and indirectly through hunger and disease.

Millions have been forced to flee their homes and are dependent on aid to survive, in what the United Nations calls the world's worst humanitarian crisis.

The Saudi-led military coalition, who said the ship capture was "piracy" have threatened to target rebel-held ports unless the vessel is freed.