In an interview with Asharq Al-Awsat via e-mail, he stated that the priorities of the government after the Riyadh agreement will be to restore the regularity and functioning of state departments and institutions.

Responding to the British ambassador’s earlier remarks on it being possible to separate Iran from the Houthi militias, Abdulmalik said that the relationship between the two is much stronger than some international parties envision.

The prime minister touched on other aspects of the Riyadh agreement, concessions made and salaries of state employees.

“The Riyadh agreement was not a passing event or an easy task, but an important achievement that reunifies the internal front of the legitimacy (internationally-recognized political forces in Yemen), and rearranges its priorities in a way that preserves the integrity of the country and meets the demands of all national forces,” Abdulmalik said.

More so, the prime minister pointed out that the power-sharing agreement between the internationally-recognized government headed by Abdrabbuh Mansur Hadi and the STC helps focus the fight against the Iran-backed Houthi insurgency in Yemen.

“We are optimistic that this agreement will usher in a new stage that will accommodate and unite all in the service of the people and complete the tasks of restoring the state,” he noted.

When asked about the first step that will be taken following the signing of the agreement, Abdulmalik replied that it includes the return of government to the interim capital, Aden.

“The return must be linked to a plan to restore services and alleviate the suffering of the people, and to restore the regularity and functioning of state departments and institutions,” he highlighted. 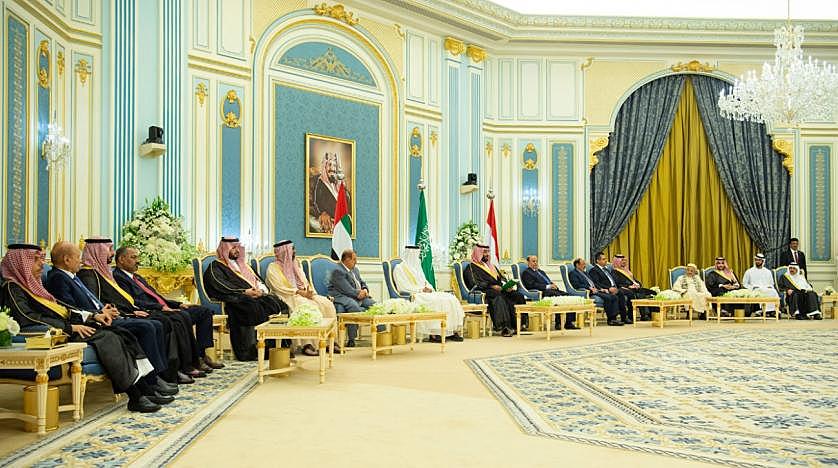 Asharq Al-Awsat
From analysis to the latest developments in health, read the most diverse news in one place.
Riyadh Agreement Paves Way for New Political, Security Arrangements in Yemen

The United Arab Emirates welcomed on Tuesday the signing of the Riyadh Agreement, underlining its support for all efforts that…