Yemen PM in Cairo to Discuss Issues of Common Interest 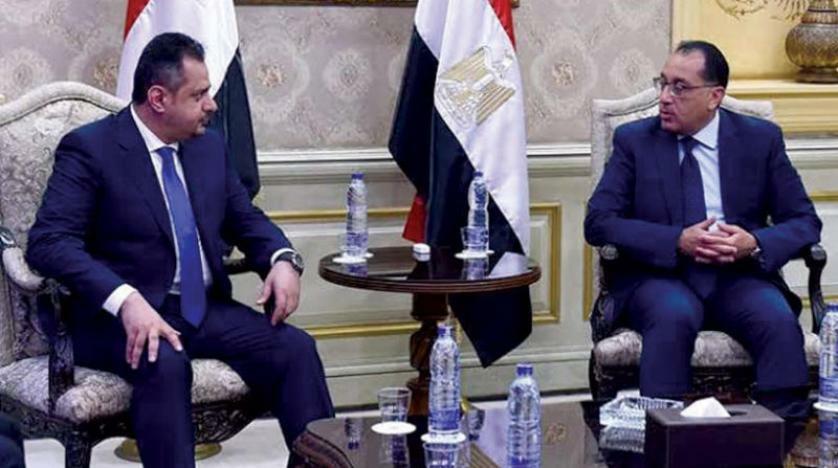 Yemeni Prime Minister Maeen Abdulmalik kicked off an official visit to Cairo on Sunday to coordinate with Egypt on issues of common interest.

According to an official statement, Abdulmalik headed a high-level ministerial delegation and his visit is at the official invitation of his counterpart Mostafa Madbouly.

Abdulmalik returned to the interim capital Aden on September 28 after several months during which he was not able to return due to disputes with the Southern Transitional Council (STC) and failure to implement the security and military aspects of the Riyadh Agreement.

Yemenis have pinned hope on the government taking the necessary measures on the economic, services and military levels.

His government has announced measures to save the crumbling economy, services, and sharp drop in the value of the currency.

These include depositing provincial revenues in the government’s account, imposing restrictions on imports of luxury goods and benefiting from the country’s special withdrawal rights from the International Monetary Fund.

The government ordered the Ministry of Industry and Trade and the relevant authorities to intensify control over commodity prices, prevent price manipulation and coordinate with the Chambers of Commerce and Industry in this regard to ensure protecting consumers from any unjustified hikes in prices, the Saba news agency reported.

It also stressed “the illegality of any contracts or internal transactions in foreign currency,” urging the need to limit internal dealings in the national currency, including in real estate rental and others.

“The government’s return to work from the interim capital, Aden, and its implementation of the Riyadh Agreement will improve its ability to address challenges using state tools and institutions, complete the battle to restore the state and end the Iranian-backed Houthi coup,” the PM was quoted as saying.