Yemen Complains to UNSC about Houthi Crimes in Marib 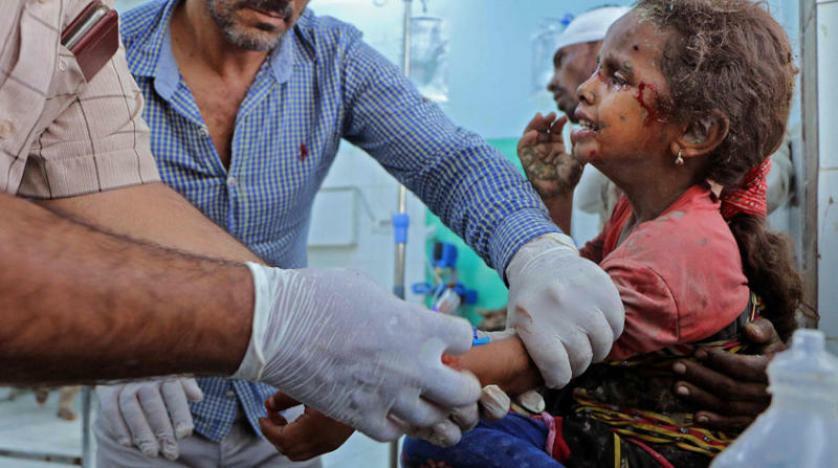 Against a backdrop of raging Houthi military escalation, the internationally recognized Yemeni government filed a complaint at the UN Security Council about Houthi crimes against civilians in the northern governorate of Marib.

On Thursday, Houthis targeted the residential al-Rawdah neighborhood in Marib for the second time within a few days. In the first attack, Houthis launched three ballistic missiles, killing and injuring around 35 Yemenis, including women and children.

Yemen’s Permanent Representative to the UN Abdullah Al-Saadi sent a letter to the UNSC about the massacres Houthis are committing in Marib, where they are attacking civilians in different areas and laying siege to al-Abdiyah district.

Al-Saadi pointed out that the last Houthi attack on October 3 targeted the residential neighborhood of al-Rawdah, north of the central city of Marib.

According to the representative, the attack killed and wounded at least 29 civilians, including at least four women and five children, one of whom was only seven months old.

“This attack is not the first of its kind, as Houthi militias continue to launch ballistic missiles to kill and injure civilians in Marib and other places in Yemen, and there are many examples of such attacks, such as the attack on the al-Majma neighborhood in Marib,” said Al-Saadi.

The representative also recalled the July 3 attack on children leaving school in Taiz.

In addition, Al-Saadi shed light on Houthi crimes against civilians in the al-Abdiyah district, south of Marib.

There, Houthi militias have been depriving 5,300 families (a total of 35,000 civilians) of access to food, water, and medicine for about three weeks. The siege on al-Abdiyah has killed at least three civilians so far.

Moreover, Al-Saadi confirmed that the Houthi siege of the al-Abdiyah district deprives 34 patients of access to urgent health care, 23 of whom suffer from kidney failure, and 11 have cancer.

“Continued Houthi violation of human rights and international humanitarian law will exacerbate the already dire humanitarian situation in Yemen and push the country further away from reaching a political solution to the crisis,” noted Al-Saadi.