Heralded as a “historic agreement” when the two-part deal was reached last October, the framework would set a global 15% minimum tax rate and rewrite the rules for how countries divvy up taxing corporate profits.

Until the Russia-Ukraine war brought a big set of new challenges, it was the biggest win of Yellen’s tenure. But part of the pact between nearly 140 countries may never come to fruition. It needs approval in Congress, but lacks the universal support of Democrats and it faces concerted Republican opposition.

With the GOP predicted to win at least one of the two congressional chambers in the November elections, it leaves the agreement on tenterhooks in the US. Globally, only a portion of the deal may survive, with the risk of renewed battles over moves by foreign nations to collect more from US corporate giants.

The 15% minimum rate, known as Pillar Two, is included in a broader bill incorporating President Joe Biden’s long-term economic agenda. But, just months away from a full-campaign mode that will shut down most legislative work, there’s no sign the White House is engaging with two Democratic senators who’ve been reticent on the package — Joe Manchin of West Virginia and Arizona’s Kyrsten Sinema.

Pillar One would reshape the rules for how corporate profits are allocated across borders, a plan that would require the revision of many global tax treaties. In the US, that’s particularly fraught, because it could require at least 67 senators to vote in favor of treaty changes — a highly unlikely outcome in that ultra-partisan chamber.

“Pillar Two will be widely implemented around the world even if the US does not implement Pillar One,” Chip Harter, senior policy adviser at PwC and former Treasury deputy assistant secretary of international tax affairs, said. But US failure to follow through on Pillar One would likely prevent its implementation, “renewing concerns about a global proliferation of uncoordinated, unilateral tax measures, and the implications for international trade and investment.”

Republicans have made clear their opposition.

“I certainly hope that the deal does not get implemented by the US,” Senator Mike Crapo of Idaho, the top Republican on the Senate Finance Committee, said in an interview. “That would be a terrible mistake.”

Yellen has argued that the global deal is should have the support of both parties to stop corporate tax avoidance worldwide.

“I think this is an important initiative and I’d love to see bipartisan support for it. It’s broadly in the interest of the US and not partisan,” Yellen said earlier this month.

But eventual passage in Congress of the global minimum tax cannot be ruled out, said Ruth Mason, a professor at the University of Virginia School of Law. US companies would still be subject to Pillar Two rules applied by other countries, which would top-up those companies’ taxes to the minimum rate.

“At some point, Congress is going to look at that and say ‘we are leaving money on the table,’” Mason said.

Yellen expects to advance the global effort to implement the deal at a meeting of finance chiefs from the Group of Seven advanced economies in Bonn, Germany, May 19-20.

Crapo, who would be first in line to lead the Senate’s tax-policy portfolio if Republicans have a majority next year, has vowed to halt work on the plan if his party is in charge. That would effectively stall any momentum in Washington for implementing any aspect of the global tax pact.

Yellen had hoped that progress toward implementation in the European Union could help build some momentum. But there have been bumps on that road as well, with Poland withholding support — insisting on simultaneous progression of the two pillars, something that other countries have set aside.

Yellen, on a European trip this week, failed to secure a pledge from Warsaw to lift its hold while she was in Poland. It’s unclear whether Poland may shift its stance in coming months at EU meetings, where unanimous backing for the tax deal would be required.

“International taxes don’t work unless you’ve got a lot of countries that are really in on it,” Senator Elizabeth Warren, a Massachusetts Democrat, said earlier this month, praising Yellen’s role in the deal. “She’s really pushed through and gotten an agreement with countries around the world who realized that tax havens are killing everybody.”

Yellen also has argued that American businesses would lobby Congress to push for the changes, which she says will bring them increased certainty. That’s not yet been the case. Instead, corporations are asking the Treasury to delay implementation or abandon the plan altogether.

“They see a lot of compliance costs and effort and time,” Jeff VanderWolk, a partner at law firm Squire Patton Boggs and a former official at the OECD, the Paris-based institution that served as a broker for the deal.

While businesses in theory would appreciate simpler and clearer international tax rules, it’s unlikely the global minimum tax can deliver that — because each country will implement the rules in a way that’s most advantageous for them, VanderWolk said. Political changes in other countries could also see shifts in rules abroad, he said.

At the same time, drafters of the deal anticipated there would be countries hesitant to sign on, so they wrote it in a way that gives companies an incentive to join the global minimum tax regime, Mason said. 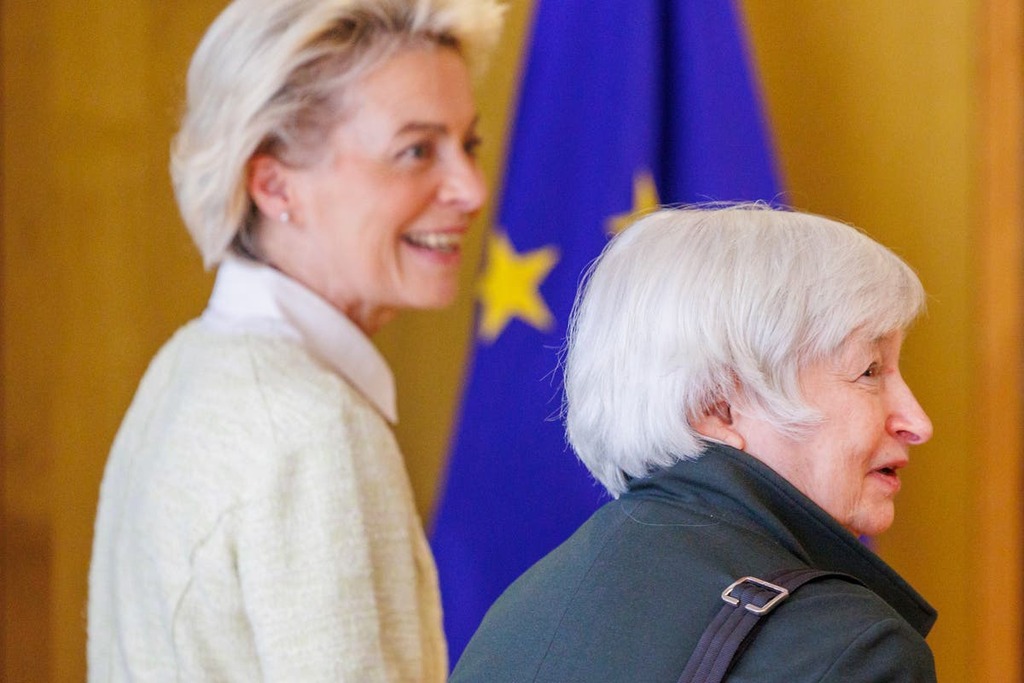 Yellen's global tax plan meets resistance abroad and at home
Last July, Treasury Secretary Janet Yellen celebrated it as a “historic day” when more than 100 nations agreed to a…

The Independent UK
One subscription that gives you access to news from hundreds of sites
Yellen calls on U.S. allies to step up funding for Ukraine

U.S. Treasury Secretary Janet Yellen called for U.S. allies to step up financial support for Ukraine on Tuesday, saying that…

Finance Minister Paschal Donohoe is upbeat about an EU deal on a 15pc corporate tax rate, despite Poland’s continued refusal…