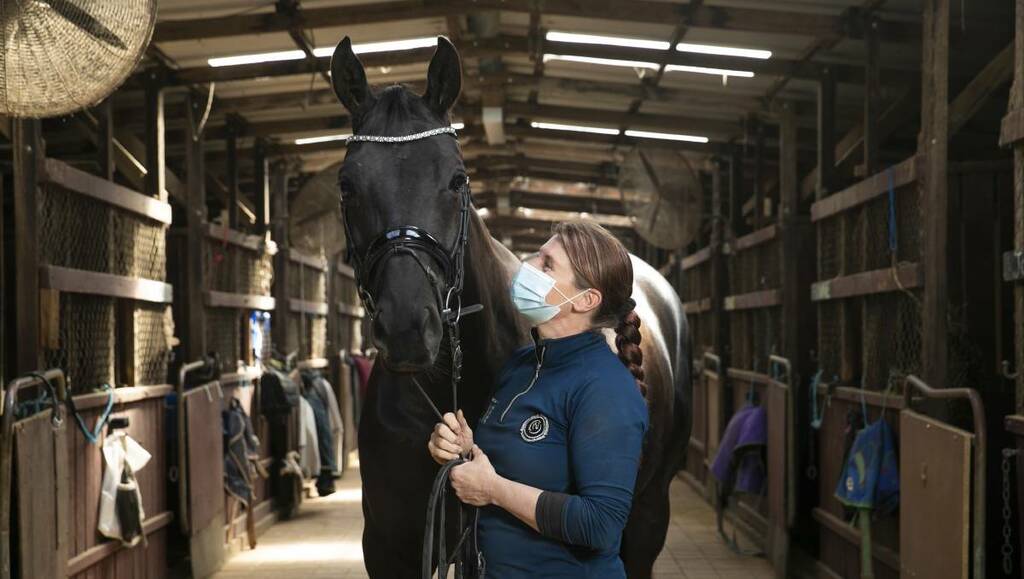 They don't quite know whether they are coming or going in Yass.

The lockdown was lifted on Friday, and slammed back on three days later.

In the meantime, the pubs did a roaring trade - for one weekend only.

At the Clubhouse Hotel, one of the bar staff, Kaila Lymbery, said they had to turn people away on Saturday because the demand for a social night out was so great.

And then came Monday. The pub has plans in place to preserve as much beer as possible, though nobody was willing to guess how long it might take before beer flows again.

Other businesses were also resigned to the on-off rules - but wondered why the border areas of NSW and the ACT seemed to be operating independently of each other.

"The ACT and NSW need to talk to each other more," said Danielle French, chief instructor at Gooromon Park Riding School.

The business is dependent on Canberrans for its trade.

"It's very difficult," Danielle's mother, Margaret Clark, said. She lives so close to the ACT border she has to criss-cross it to get to most places in NSW.

"Ninety-five per cent of our customers are from Canberra. We have leases to pay, mortgages to pay, horses to feed. We have the care of 40 horses, but we just don't have the customers coming in," she said.

The upcoming school holidays are usually a big money-spinner for the riding school, but it's not clear yet whether Canberrans will be able to get out and about, according to Amanda Clark, who runs the financial side of the business.

Other businesses just on the NSW side of the northern boundary of the ACT have also been hit by the lack of the usual trade from Canberra.

Virtually all customers for the restaurant at Poachers Pantry in Springrange come from Canberra.

She said she wouldn't reopen until there was much more certainty. That would mean that both the ACT and NSW would both have to be out of lockdown - which she expects to happen about the second half of October.

But she lives in trepidation of sudden lockdowns, like the latest one.

The Poachers Pantry routine is to get ingredients for meals delivered on a Tuesday and a Wednesday, so the first ACT lockdown announcement made just over a month ago on a Thursday for a Friday closure meant they had a mountain of food but no customers to eat it.

"We were going to do brunch for a hundred people," Ms Bruce said.

Weddings there have been postponed until at least beyond Christmas, while all their spring weddings have been shoehorned in to the start of next year.

The upside is that the smokery is doing a roaring trade.

The business sells smoked meats, and demand from Sydney and Melbourne has risen. People who can't go to restaurants seem to have gone upmarket in their food-buying habits.