Yankees, Mets Toe The Line Together "As One Unified New York" 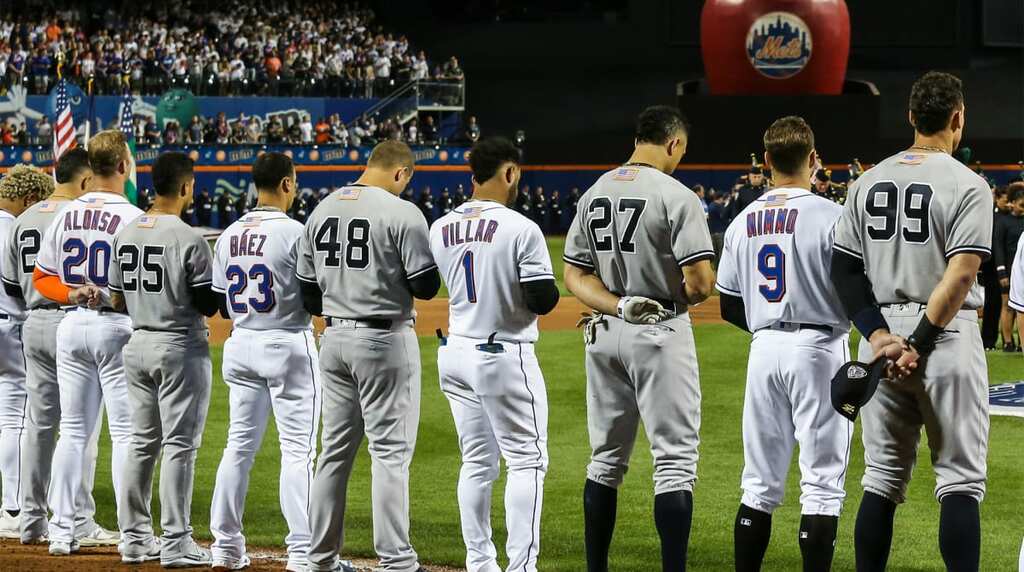 The Yankees and Mets put their differences aside to create "one unified New York" on the 20th anniversary of the Sept. 11 terrorist attacks.

The teams sported jerseys reading “New York” and wore hats from the city's various first responders. The clubs toed the line together, alternating players from both teams.

Several members of the 2001 teams attended the game at Citi Field, including former Mets manager Bobby Valentine and former Yankees manager Joe Torre, who simultaneously threw the first pitch together.

The Mets were the first professional sports team to host a game in New York City on Sept. 21 following 9/11, when a series of coordinated terrorist attacks hit the United States as four commercial planes were hijacked by 19 al-Qaeda terrorists on Sept. 11, 2001. Two hit the Twin Towers, another struck the Pentagon and the final one missed its intended target as passengers regained control of the aircraft. They crashed in a field near Shanksville, Pennsylvania.