Athletic shoe maker Xtep International Holdings Ltd. (1368.HK) posted record revenue in its latest annual results, and has set even higher goals for itself in its personal “Fifth Five-year Plan” that aims to more than double the figure by 2025. The strong results reflect China’s recent focus on sports, which was in the spotlight with the recent Beijing Winter Olympics and will come into focus once more with the upcoming 2022 Asian Games in Hangzhou.

Riding that wave, is the company on course to reach even bigger heights?

China’s recent focus on sports includes not only the Beijing Winter Olympics and upcoming Asian Games in Hangzhou, but also last year’s 2021 Tokyo Olympics that was closely followed in China. The country’s leaders have seized on such events to promote more physical activity among the nation’s 1.4 billion people. The pandemic has added to health awareness, spurring demand for sporting goods that should benefit the likes of Xtep and local rival Li Ning (2331.HK), alongside big global brands like Nike and Adidas.

Xtep’s latest annual results, released last Wednesday, showed the company’s revenue grew 23% last year to 10.01 billion yuan ($1.6 billion), as it launched functional and causal products from its core brand, received strong orders from agents, and posted strong growth from e-commerce. That helped to lift its gross profit margin by 2.6 percentage points for the year to 41.7%, resulting in a 77% profit increase to 910 million yuan.

Investors raced to the stock after the report’s release. Xtep’s shares soared 22.5% the day of the announcement, and leapt another 11.1% the next day to close at HK$11.12. In addition to the company’s own strong performance, investors were on a broader buying spree following a series of initiatives announced by Beijing last Wednesday to support stock market development. But even after the rally, Xtep’s shares are down 32% from their 52-week peak of HK$16.32 last July.

Credit Suisse said Xtep’s 2021 revenue was within its expectations, though its profit was higher than expected due to lower operating costs. It added that restrictions in some Chinese cities where stores were forced to close during Covid-19 Omicron outbreaks will have a limited impact on the company because they only account for about 5% of sales. Accordingly, Credit Suisse anticipates Xtep will outperform the market, and has set an even more aggressive target price of HK$17.60 – almost 60% higher than the current price.

With a focus on running shoes, Xtep has built a running ecosphere over the years in step with China’s own embrace of sports. As more pandemic-era bans on outdoor sporting events were lifted last year, the International Association of Athletics Federations (IAAF) certified 11 events in China, including the Xiamen Marathon, an event given the World Athletics’ “Elite Platinum Label.” Over half of all runners wore Xtep “160X” series shoes in the latest edition of that race, marking the first time that Xtep outcompeted international brands in such a high-profile contest.

Xtep has been trying broaden its brands in recent years to cater to a new generation of Chinese runners, expanding its retail networks and e-commerce channels. The company has co-developed an “Xtep X Shaolin” series with the Shaolin Temple, seizing on the latter’s reputation for martial arts to create a brand that adds elements of traditional Chinese culture. Last year it also launched XDNA, a China-chic high-end brand priced 30%-50% above its ordinary products.

Those moves helped propel Xtep’s core brands to record sales of 8.84 billion yuan last year, up 24.5% from 2020. The company’s move into e-commerce also yielded strong results, with online sales accounting for 30% of total revenue among its core brands.

In addition, the company is also expanding its brand portfolio through licensing agreements and acquisitions. In early 2019, Xtep licensed brands from Saucony and Merrell in mainland China, Hong Kong and Macau, in an effort to expand its business into professional sports. Later it acquired K-Swiss and Palladium, taking it into more fashion-oriented sportswear.

While those four new brands achieved 9.4% revenue growth to 1.17 billion yuan last year, the group is collectively still losing money. Xtep’s management added it expects those brands will continue to lose money over the short term.

Such losses are relatively common for more recently launched brands. Anta Sports (2020.HK), a leading Chinese sports brand, acquired FILA’s business in China in 2009, and required years of investment before the brand became profitable in 2014. The investment has been a good one for Anta, which now gets more profits from FILA than its own core brand. In the first half of 2021, FILA’s revenue climbed by 50% year-on-year, with the brand’s net profit surging by nearly 80%.

Xtep’s multi-brand strategy has won it favor from local private equity powerhouse Hillhouse Capital, which purchased HK$500 million ($64 million) worth of the company’s convertible bonds with a preliminary conversion price of HK$10.244 per share – already below the current price. Hillhouse also invested $65 million in a zero-coupon convertible bond of Xtep’s subsidiary that owns K-Swiss and Palladium, reflecting its confidence in those brands’ prospects.

Last year China’s government unveiled a new Five-Year Plan for 2021-2025, including an element to promote greater public participation in physical exercise by increasing sports facilities and promoting sporting events and public fitness activities. Seizing on that, Xtep unveiled its own Five-Year Plan last September, aiming to reach 20 billion yuan in revenue from its core brands by 2025, 126% higher than last year’s 8.84 billion yuan. At the same time, it targeted revenue of 4 billion yuan for the four new brands, more than triple last year’s 1.17 billion yuan.

Compared with larger and better-known rivals Anta and Li Ning, Xtep is still in the junior leagues. Anta and Li Ning have price-to-earnings (P/E) ratios of 30 and 40 times, respectively, compared to a more modest 26 times for Xtep. That’s not too surprising, since Anta and Li Ning’s operating profit margins of 25.9% and 22.8%, respectively, are much higher than Xtep’s 13.9%. That means that Xtep will have to step up its game to reach the next level if it wants to compete with the big boys. 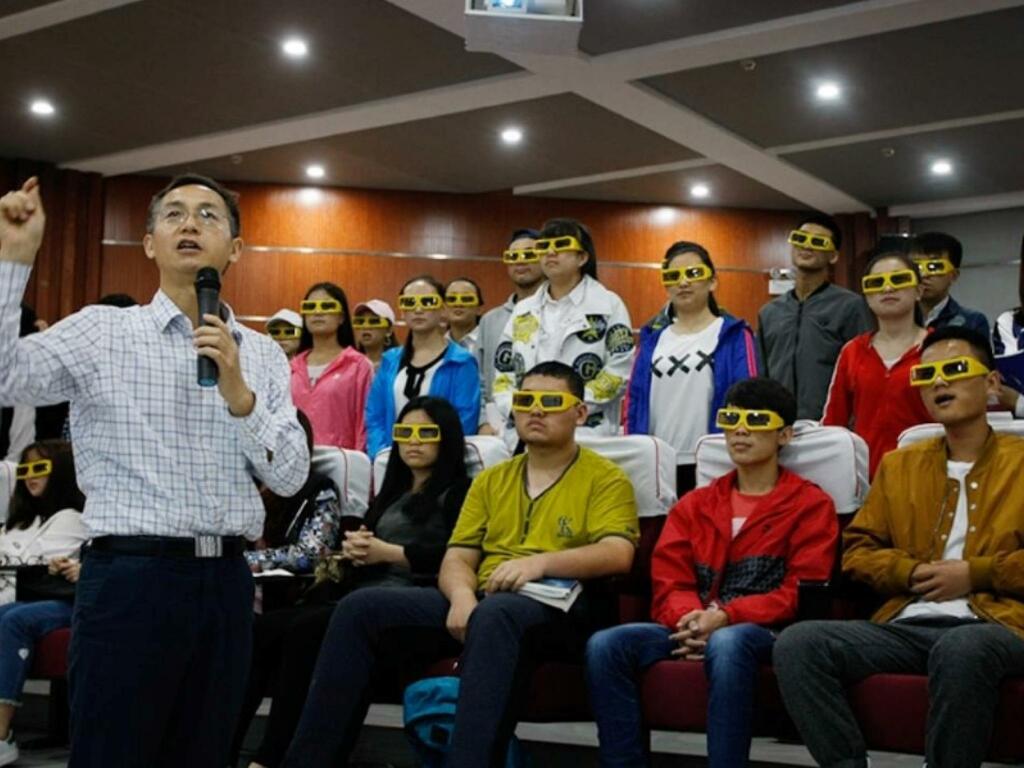 Benzinga
From analysis to the latest developments in health, read the most diverse news in one place.
Leapmotor Enters EV Race to Capital Markets With Hong Kong IPO Plan