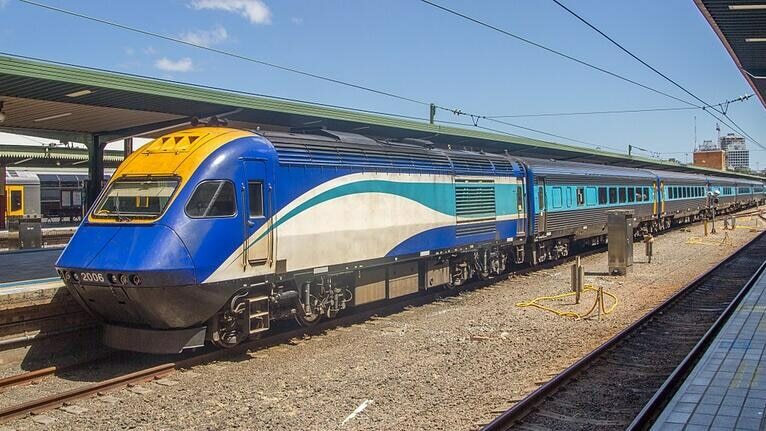 The XPT service from Sydney to Grafton was stopped at Kempsey on the New South Wales Mid North Coast on Thursday night after a COVID-19 positive case was identified aboard.

Police received reports that a 22-year old woman had failed to isolate after a positive COVID-19 test and was travelling from Strathfield to Coffs Harbour with her three children.

The train was stopped by police at Kempsey just after 10:30pm and the woman her three children were removed, before being taken to a special health hotel in nearby Port Macquarie.

Seventeen passengers and six crew on board were also taken to the quarantine hotel, where they remain under the care of NSW Health.

Other passengers who got off the train before Kempsey are being contacted by NSW Health.

Potential breaches to the public health order are being investigated.

The XPT returned to Sydney today where it will undergo a deep clean before it returns to service.

In a statement, the chief executive of Mid North Coast Local Health District, Stewart Dowrick, said it was providing care and support to the woman and her children.

"This is not a local COVID-19 case and there has been no local transmission within our community," he said.

"A number of close contacts have been identified and are also in isolation.

Today Deputy Premier John Barilaro said the lockdown restrictions for a southern Mid North Coast LGA were being reviewed, though a decision was yet to be made.

"MidCoast local government area we're still reviewing — we're going through that and Dr Kerry Chant will give me a response this afternoon," he said.

Myall Lakes MP Stephen Bromhead was "bitterly disappointed" his region had not been released from the lockdown like the rest of the region given that there are no active cases in the MidCoast LGA.

"The person in Booral contracted it [coronavirus] most likely on the Central Coast," he said.

"He'd been home for a couple of days, had a test, it came back positive, so he did not have community transmission within the MidCoast Council area. He's now in the John Hunter Hospital.

NSW Health's concern was that he was home for a few days and there may have been community transmission, Mr Bromhead said.

"He has said that he did not go anywhere at all during the couple of days," Mr Bromhead said.

"The only place he went was to Raymond Terrace, which is outside the MidCoast Council area, to get the drive through test, got petrol at the service station in Raymond Terrace, and then went back home.

"If we're going to lift local government boundaries you would only stay in lockdown if there is a community transmission.

"So I've been advocating for a review because sometimes the people who make the decisions rely on information from people who live in Sydney.

"I wanted to make sure that they understood where the boundaries are and that Raymond Terrace is not part of MidCoast Council area.

"Also that Booral is a rural hamlet of about 400-people only.