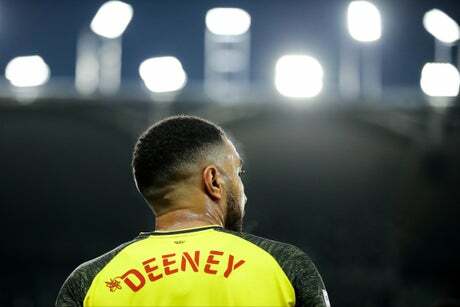 Watford boss Xisco Munoz is confident he has plenty of leaders in his squad as the club begins a “new era” without Troy Deeney this weekend.

Deeney left Watford last week to join Birmingham City after 11 years at the club, during which time he scored 140 goals.

The striker was the Hornets’ captain and talisman, but Xisco is confident new players will step up in his absence - starting at home to Wolves tomorrow.

“I have Ben Foster. We have Tom Cleverley, [Craig] Cathcart, [William] Troost-Ekong and also it is the moment for the young players, who want to step forward,” said Xisco.

“This is the situation. But, for me, we have a very good group. The most important thing is we have good leaders inside the dressing room.

“I tell you I have big respect for Troy, it is a new era and he is a very good person.

“This is normal in football, we have to understand it can happen with anyone. Sometimes it was Zinedine Zidane, after David Beckham and now Troy.”