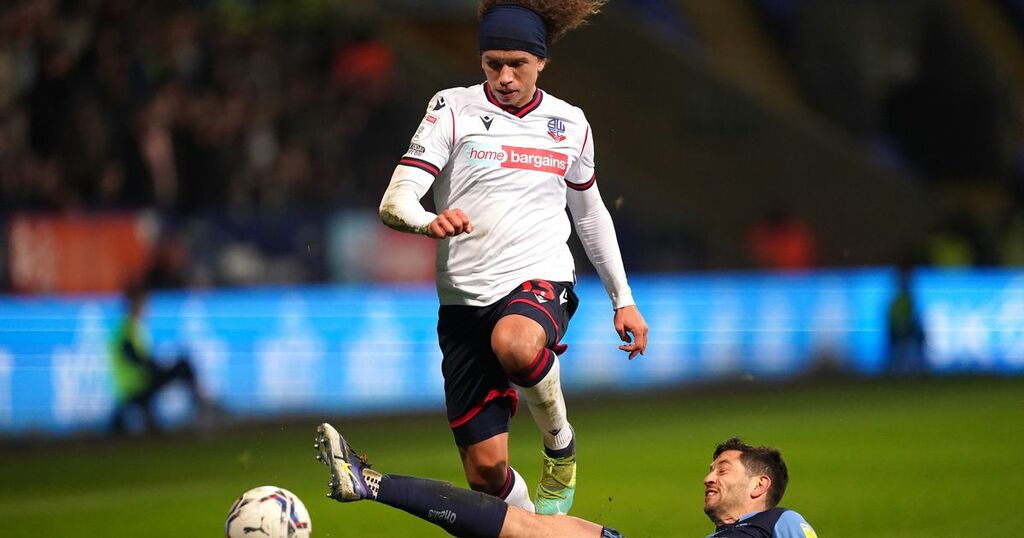 Gareth Ainsworth believes that Marlon Fossey was a 'shining light' for Bolton against his Wycombe Wanderers side as he felt his team carried out their game plan well against Ian Evatt's men.

The first half proved to be a fiery and feisty encounter as tackles flew in, the physio teams entered the pitch twice and the match officials were berated by the home faithful.

Dapo Afolayan went close early on with a low drive at goal, before Garath McCleary raced clean through on goal at the other end - only to be denied expertly by Joel Dixon.

Amadou Bakayoko and Dion Charles then combined brilliantly but, as the latter looked set to score, his powerful side-footed effort was palmed away by the strong right hand of David Stockdale.

Bolton found themselves in dangerous attacking positions throughout but were punished for not capitalising, when Brandon Hanlan fired a low shot into the bottom right corner.

And Jack Grimmer curled home a beauty of a second on his left foot, just seven minutes after the restart.

Wanderers huffed and puffed for the rest of the half, getting in down the sides and trying to force their way back into the contest, but it wasn't to be as the visitors picked up three points to keep up their charge at the top of League One.

Fossey stood out for Bolton and caused Wycombe problems throughout in the final third, something that Ainsworth acknowledged and felt his side had to adjust to deal with.

And after weathering an initial storm from Bolton, Ainsworth believed the Chairboys goalkeeper Stockdale did not have much to do as his side carried out the game plan to a tee.

He said: "We've developed a way of performing in and around the box. It's a big result for us, away at Bolton on a Tuesday night, these are the games that really matter for us.

"It's not hard to get the player up for Sunderland at home on a Saturday. We knew Bolton's strengths, we had to be really professional and the boys carried out the game plan.

"We limited Bolton to long balls out to the lad on the right. I thought Fossey was a real shining light for Bolton tonight, I thought he was very quick, direct, he's going to be a good young player and he caused us problems down that right hand side so we had to adjust to deal with him and deal with what Bolton were going to throw at us.

"The first 10 or 20 minutes they had better chances but we had a couple of really good ones. David Stockdale didn't have much to do. I'm just really pleased with the boys."