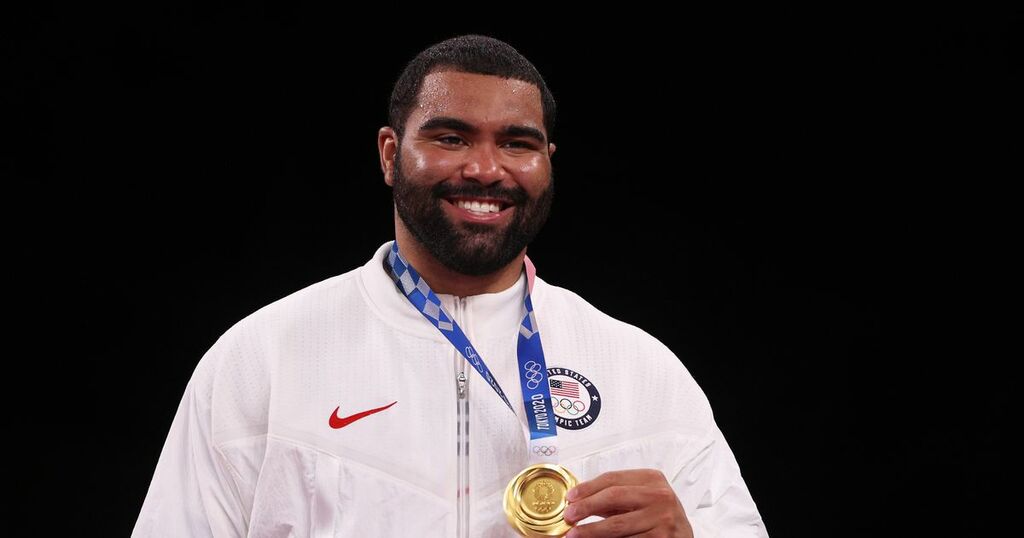 Gable Steveson's summer just keeps getting better and better as he has signed a deal to compete in WWE.

Following his Tokyo 2020 Olympic heroics, where the heavyweight freestyle wrestler clinched gold, he had attracted interest from both WWE and the UFC - with Dana White keen on his services.

However, the 21-year-old American has chosen to sign on the dotted line with WWE - the company announced this evening.

Steveson put pen to paper on an NIL deal, which allows him to continue wrestling for the University of Minnesota.

After signing his deal, Steveson couldn't contain his delight after realising his "childhood dream".

"I've been on WWE since I was really young," said Steveson, WWE's first Olympic champion since Kurt Angle. "I was on guys like Brock Lesnar and Paul Heyman for a very long time.

"So growing up watching them, me being an entertainer on the wrestling mat, it just felt like it was the right choice."

As well as his NIL deal, the American will also be granted access to the WWE performance centre in Orlando, Florida where his brother, Bobby, currently trains.

Following Steveson's graduation in May, his multi-year contract with the WWE will officially get going, and he will compete full-time.

And after capturing his services, WWE's president and chief revenue officer Nick Khan hailed the talent that the 21-year-old possesses following his triumph in Tokyo.

Steveson clinched gold at the Olympics in the 125kg class, overcoming Georgia's Geno Petriashvil in the final.

"We all saw his physical ability prior to and at the Olympics," Khan told ESPN.

"What we also saw was that Gable has as much charisma as he does ability. Marketability and ability are both of great importance to us.

"This is just the starting line and nowhere close to the finish line. So our investment is based on how much we think of Gable now and how much bigger we think he can become."