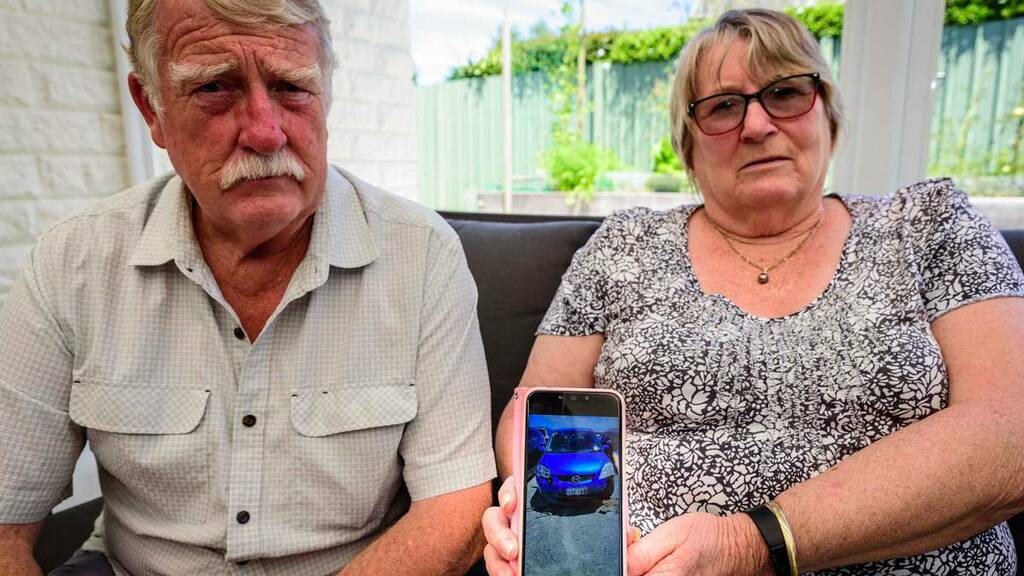 From unlucky, to lucky, and then extremely unlucky.

A retired couple living in Napier have had to write off their Mazda Demio car after it was stolen not once, but twice, in four months.

Paul and Jackie Elton's Mazda Demio was recovered the next day after it was stolen in September.

But a joyride through the Tūtaekurī River after it was stolen the second time on January 6 has ended its beloved life.

"The whole front bumper is gone, it has got a huge tree lodged underneath it, it's leaking hydraulic oil, it has got missing headlights, they even cut out the new battery ... they didn't disconnect it, they cut the wires and took the battery," Jackie said.

Jackie said the vehicle was worth about $5000, and the couple plans to stick with one car they keep locked in the garage from now on.

The culprits were never caught after the first theft and investigation is still ongoing for the second.

"We've got our fingers crossed, but I am not putting out too much hope," she said.

She said the thefts had made them feel invaded.

"If a car came back, I wouldn't even want to get into it. It was hard to sit in the front seat and think somebody else who shouldn't have been in this car was in it."

She said two more cars up the street were broken into on the same night as their car was stolen, but the thieves could not start either one.

She said before they moved to Napier two and a half years ago and had never had a vehicle stolen.

Eastern District Police statistics show that from the start of April to the end of September in 2021, Toyotas (27) was the most popular make of vehicle stolen, followed by Mazda (23). Holden Commodores (8) were the most common cars stolen.

Demios have also been popular with thieves, including a dramatic night in July when police tracked a convoy of three stolen Mazda Demios through Napier.

The trio split up and the night eventually ended with two of them crashing.

Napier has one of the highest rates of car theft nationwide, coming fifth in the country in 2020.

According to analysis of current 2021 police data by insights analyst Sophie Wallis at Finder, car theft nationwide are on track to be higher in 2021 than 2020 after a decrease from 2019.