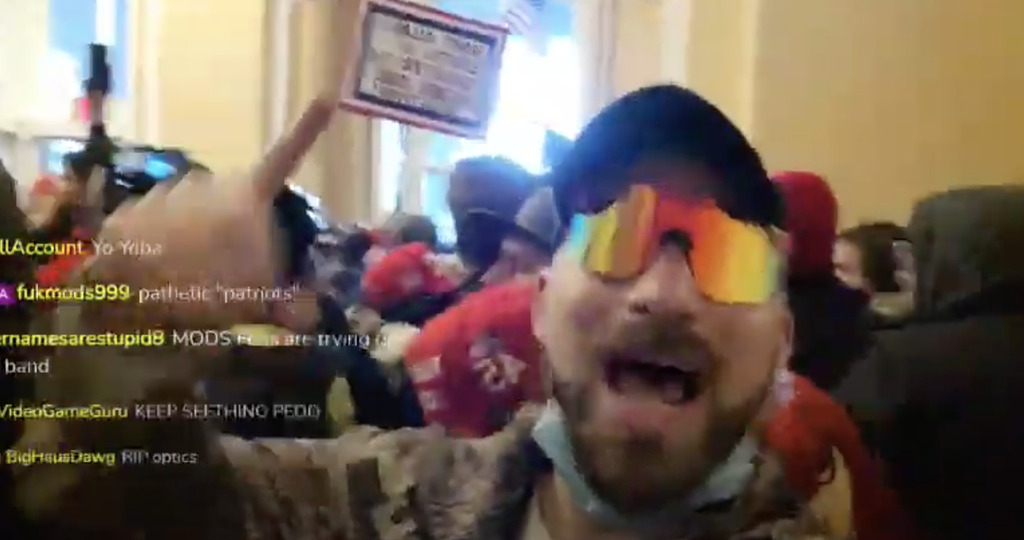 Tribune News Service
As abortion protests spread, Sen. Josh Hawley equates them with the Jan. 6 insurrection
WASHINGTON — As abortion rights protests have spread across the country, targeting churches, anti-abortion clinics and the homes of senators…

KANSAS CITY, Mo. — A Blue Springs, Missouri, man faces five federal misdemeanors related to the Capitol riot after he was allegedly captured on video making threatening remarks to police officers and illegally remaining within the building.

John G. Todd III, 32, is the 21st Missouri resident to face criminal charges for participating in the Jan. 6 insurrection. A criminal complaint was unsealed Tuesday in the Western District of Missouri following his first court appearance.

According to court records, the FBI was contacted on May 6, 2021, by a person who claimed to have information confirming that Todd participated in the Capitol riot. The government witness, identified only as Individual 1, told agents that Todd had discussed traveling to Washington, D.C., while he was visiting a bar in Lee’s Summit.

The witness told the FBI that Todd accepted an invitation by someone else to “wreak havoc” in Washington.

A special agent reviewed surveillance footage from security cameras and body-worn cameras taken during the day of the riot. Several surveillance cameras allegedly captured Todd being illegally present and acting in a disorderly fashion, according to an affidavit.

The document alleges Todd was seen in various parts of the Capitol or the grounds between 2:45 p.m. and 4:24 p.m. In the videos, he was allegedly seen smoking what appeared to be a cigarette, conversing with others within the rotunda and making threatening remarks to law enforcement.

While in the rotunda, Todd was allegedly filmed threatening members of the Metropolitan Police Force.

In February, the FBI met with the informant again. The informant allegedly identified Todd as the person shown in the photographs who discussed invading the Capitol at the Lee’s Summit bar.

Email addresses were obtained by the FBI from his Instagram account, according to the affidavit. A search warrant to Google provided GPS location information that allegedly showed accounts registered to Todd were connected with cellular and internet networks within the Capitol when the insurrection occurred.

On Tuesday, Todd appeared in the downtown Kansas City federal courthouse and was advised of the charges pending against him. He was released on his own recognizance as the government did not seek pretrial detention.

His next court hearing is scheduled to take place May 17 via Zoom in Washington.

(The Star’s Judy L. Thomas contributed to this report.)

Tribune News Service
As abortion protests spread, Sen. Josh Hawley equates them with the Jan. 6 insurrection
WASHINGTON — As abortion rights protests have spread across the country, targeting churches, anti-abortion clinics and the homes of senators…