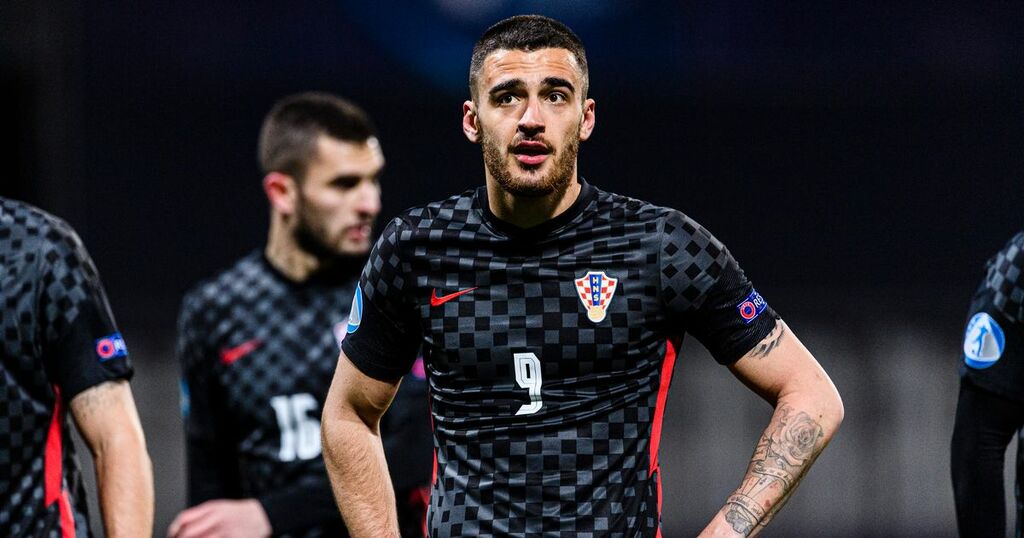 Striker Sandro Kulenovic has explained why he rejected interest from Nottingham Forest and opted for a move to NK Lokomotiva Zagreb.

The 21-year-old’s future was one of the long-running sagas of the summer transfer window.

The Reds were said to have put forward a 3million euros (£2.5m) offer for the Dinamo Zagreb forward, with a loan deal also a possibility.

Initial reports in Croatia claimed Kulenovic wasn’t keen on a switch to the City Ground and had turned down Chris Hughton’s side, before it was suggested he had changed his mind and was weighing up his options.

Croatian outlet Sportske Novosti say there was interest from teams in Russia, Belgium, Slovenia and New York Red Bulls, as well as Forest.

In the end Kulenovic remained in Croatia, going on a season-long loan to Lokomotiva, having fallen out of favour at Zagreb,

In a translated interview with Sportske Novosti after completing his switch, he said: “It was great in Rijeka (where he was on loan last term), that year was great for me.

“I progressed, I wanted to continue in that style, I wanted to have continuity. I was looking for the best environment for my development. That's why Lokomotiva was my best option.”

Asked if progress couldn’t be made with the Reds, amid the belief a “great” offer was put forward, he added: “I don't know how knowledgeable you were about all that, but it wasn't an offer, there is no story about ‘millions, planes and trucks’.

“But still, money was the least important thing here.

“Even though there were millions in the game, I decided to stay in Zagreb and go to Lokomotiva because it is a club where I can continue where I left off in Rijeka. After all, I am here in front of Dinamo, who will surely follow my games in Lokomotiva.

“You know, it’s different when you’re a foreigner in a country on loan. I believe that Lokomotiva is my biggest opportunity for further football development.

“Yes, there were some offers for me, but this choice was the best option for me.

“Finally, I am still a Dinamo player, I have a contract for another three years.

“To be completely honest, I’ve only heard of some of my overseas offers, and an offer really came from Nottingham Forest. I know that. But I wouldn’t go back to that again.”

Kulenovic continued: “Why would I go abroad? Well, the HNL (Croatian league) has risen terribly qualitatively in the last three years.

“Our league is a serious league, a strong European league. Playing here is the right thing to do, you can develop and progress in the HNL. That's what I think. Now, whether someone understands that or not, I don’t care.”

What do you make of Forest's transfer business? Have your say in the comments below

The forward did, though, hint at a possible move abroad in the future.

“Lokomotiva is a young team, which "flies" on the field,” he said. “This could be seen in the starting rounds of this championship.

“Everything is bursting with pressure and racing. It all suits me.

“I really like the team. God forbid everything turns out right.

“I don't know what life brings. In the end, it will be decided by Dinamo, not me. We'll see what happens in a year. If Dinamo will not count on me, I should be ready for abroad.”