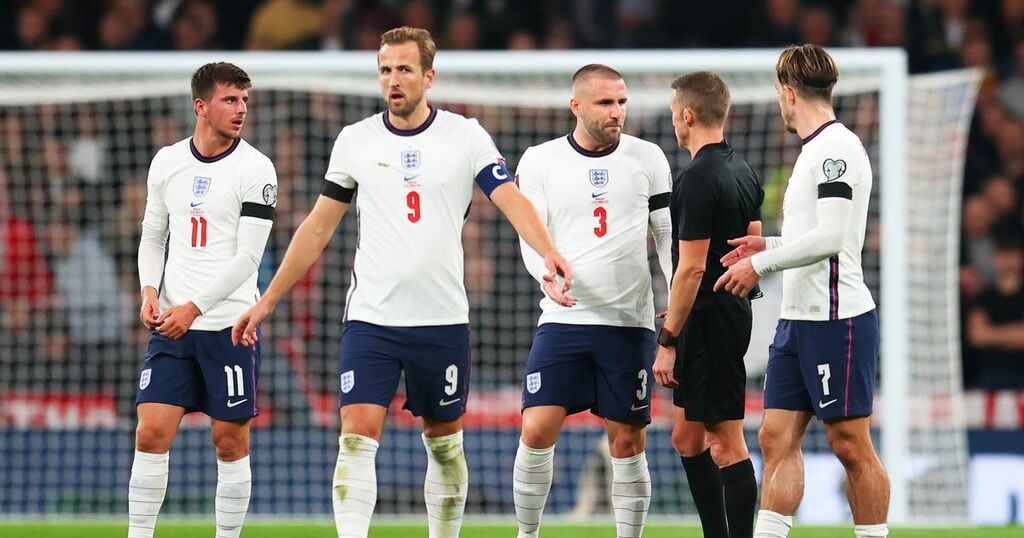 The decision to award a penalty against Manchester United star Luke Shaw was the worst former England captain John Terry has ever seen.

He was penalised for a high foot on Loic Nego midway through the first half.

Roland Sallai duly converted from 12 yards to compound the anger for Shaw and his England teammates - who did manage to hit back and earn a point through Manchester City defender John Stones.

A step closer to Qatar regardless, it was a flash-point for pundits and observers on social media.

Indeed, the decision from referee Alejandro Hernandez has been widely criticised - with Terry now also doubling down on the Spanish official who took charge beneath the famous arch.

Posting a story in his Instagram profile, the former Chelsea and England captain said: "Oh my god that is the worst penalty decision I think I have ever seen."

After being rested for the 5-0 demolition over Andorra on Saturday night, United full-back Shaw was one of nine changes made by England manager Gareth Southgate ahead of kick-off against Hungary.

What did you think about the Shaw penalty decision? Have your say in the comments section below.

Jesse Lingard and Jadon Sancho missed out on the line-up, though, as Shaw flew the Old Trafford flag solo.

Club captain Harry Maguire (calf) and Marcus Rashford (shoulder) were left out of the latest Three Lions squad as they continue to recover from their respective injury problems. Dean Henderson was not included after struggling following COVID.