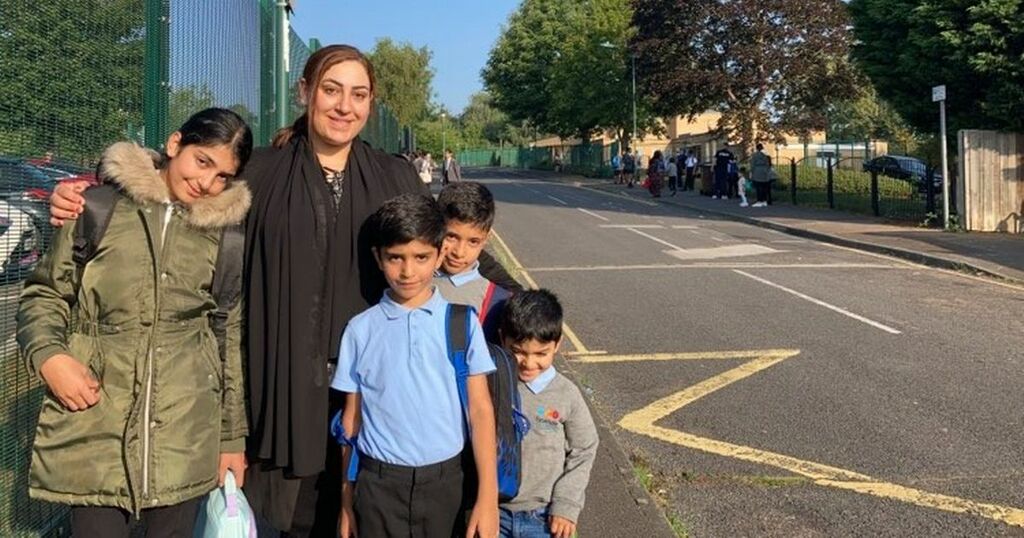 Concerned parents have spoken out as a number of streets near schools have attempted to become car-free, with varying success.

Barricades have been installed on roads surrounding 11 schools in Nottingham to prevent vehicles from entering.

The new measures, which came into force on Thursday (September 2), aim to make the roads outside schools safer by preventing vehicles from accessing the roads immediately outside school gates as part of plans to tackle air pollution from car exhausts.

Nottinghamshire Live visited Sycamore Academy in St Ann's where car free measures have been in place for a week.

Parents said the barricades proved "ineffective", and some still drive through the road to drop off and pick up their children from school.

Housewife Haleema Hafedh walks her four children to Sycamore Academy every morning and said: "I think it would be a good solution and it would be safer for our children.

"But unfortunately people still drive through and ignore the barricade.

"I think more should be done to enforce the measure properly, because now they are just ineffective."

The 32-year-old added: "Some people are just not listening, and they do not think about the safety of our children.

"Maybe we should have people standing in front of the road to enforce it properly.

"It would be safer for our children."

Before measures were introduced, it was hoped the scheme will encourage people to walk, cycle, scoot or ‘park and stride’ to school instead.

The on-street measures, which are funded through the Government’s Active Travel Fund and Access Fund, are complemented by a range of other activities delivered by the city council in partnership with charities Sustrans and Ridewise.

John David, 29, has also walked his children to school and added: "People just do not respect the signs.

"People still drive down on this road.

"I walk every day, it is a normal thing to do.

"But some people will just ignore the signs completely and choose to drive instead."

However, some parents said they prefer to drive to school "because it saves time".

Many said that their tight schedules would not allow them to walk their children to school.

Full time mum Najma Ahmed, 35, described the new measures as a "nightmare" as she has three children who need to be picked up and dropped off at different schools.

She added: "It is not safer for the children, people drive through here anyway.

"It is a nightmare in the morning when one of my children needs to be dropped off in Hyson Green and two of them in St Ann's.

"It is very difficult for some of us."

Marshall Gracie, a student mum, 42, has dropped off her child and added: "It is time consuming to walk your children to school.

"When you have different locations to go to in the morning is just very difficult.

"Some of us save time if we drive in the morning instead.

"Myself I need to drop off the children and also my husband to work.

"The mornings are very busy."

Ajar Kadr, another concerned parent in St Ann's, added: "The problem is that people have jobs and places to go in the morning and not everyone has the time to walk their children to school.

"Some people will drive through, but another problem occurs when people would park their cars in the neighbourhood to drop off their children."

The 38-year-old, also a taxi driver and resident in the area, added: "The area is already packed with cars and this is causing even more congestion.

"So I do not see any major benefits from it really."

Headteacher at the Sycamore Academy Paul Worley added: "From the school's point of view, these measures are beneficial.

"The road where parents would drive to drop their children off has a dead end, so in the past it was a little bit chaotic.

"It is safer for the children and most parents would walk their children to school anyway.

"We know that some parents choose to ignore the rules, but it would be only 10 cars driving on this road now, whereas in the past we had more.

"We are happy about the new measures and we will address the concerns about some parents ignoring the rules with the city council."

Councillor Rosemary Healy, the City Council’s Portfolio Holder for Transport, said: “Active travel has been a really hot topic since the start of the Covid-19 pandemic, with adults and children alike discovering the benefits of walking and cycling more.

“Getting active on the school run has so many benefits, warming up both mind and body ahead of the school day.

"Parents have told us they value that time in the morning, or on the way home, sharing quality time and having conversations you might not have in the car.

“We want to make it as easy as possible for people to choose to walk or cycle, reducing the number of short car journeys and air pollution in the city, while improving both physical and mental wellbeing. Everyone in the city benefits from safer streets, cleaner air, and lower carbon emissions.”